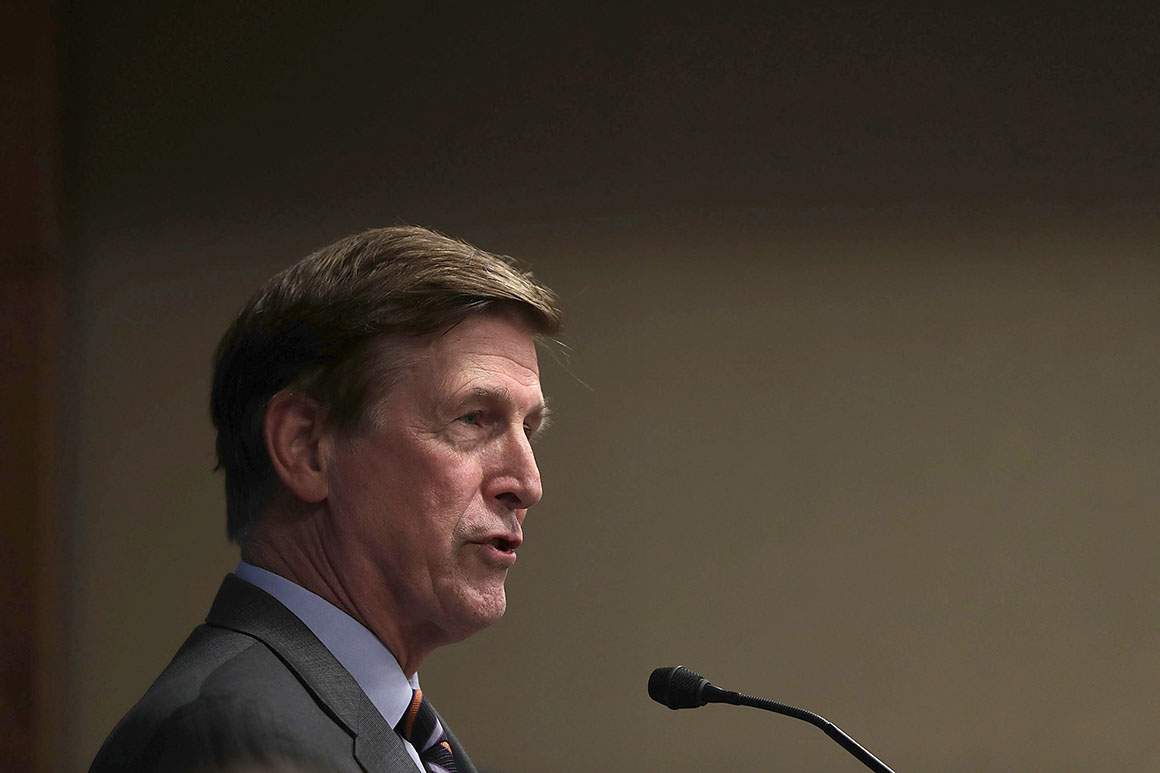 The Trump administration is warning immigration agents working without pay that their security clearances could be in jeopardy if they fail to cut back on spending or make arrangements with creditors during the government shutdown.

A top Immigration and Customs Enforcement official sent an email Thursday advising ICE employees to “consider taking some affirmative steps” to manage financial obligations as they miss a second paycheck.

Most of those workers are considered essential to national security and have been forced to work without pay for nearly five weeks, while also ineligible for unemployment since they are not furloughed.

Debt and poor credit is a top factor for denying security clearances, however, since workers with financial issues are considered vulnerable to bribery and more likely to exploit their positions to make money through illegal activity like weapons and drug smuggling.

“For employees holding security clearances, maintaining financial health and demonstrating responsible management of your finances takes on added importance,” Waldemar Rodriguez, associate director of the Office of Professional Responsibility, wrote in the email.

The agency made no guarantees it will not factor newfound financial issues into its clearance process but said it “weighs a variety of factors” when making approval determinations.

A worker “may be evaluated differently from someone who has an extensive history of personal financial mismanagement” if they are “actively engaged” in managing financial obligations in light of factors beyond their control, like medical emergencies, family crises and funding lapses, the email said.

“Demonstrating your commitment to responsibly manage your finances can go a long way during the adjudication process,” it explained.

On Capitol Hill, legislators have already taken notice of the issue.

Virginia lawmakers urged the Trump administration this week to shield federal workers with security clearances from any negative consequences if their credit is taking a hit during the partial shutdown affecting nine federal departments and dozens of agencies.

On Thursday, Democratic Reps. Don Beyer, Jennifer Wexton, Bobby Scott and others implored the Office of Personnel Management and OMB to issue guidelines “as soon as possible” that prohibit federal agencies from penalizing workers because of poor credit caused by the shutdown.

“Financial considerations are a central piece of the investigation into an employee’s candidacy for a security clearance, as they indicate reliability and trustworthiness, as well as vulnerability to illegal activities,” the Virginia lawmakers wrote in a letter. “And, notably, financial issues historically outpace all other issues as the chief reason cited for security clearance denial.“

The lawmakers said they have heard from many federal workers struggling to pay mortgages, credit card bills and student loans.

“Missing even just one of these regular payments can of course be detrimental to employees’ credit scores,” the lawmakers wrote.

Source: https://www.politico.com/story/2019/01/25/shutdown-threatens-ice-security-clearances-1117110
Droolin’ Dog sniffed out this story and shared it with you.
The Article Was Written/Published By: thesson@politico.com (Ted Hesson)