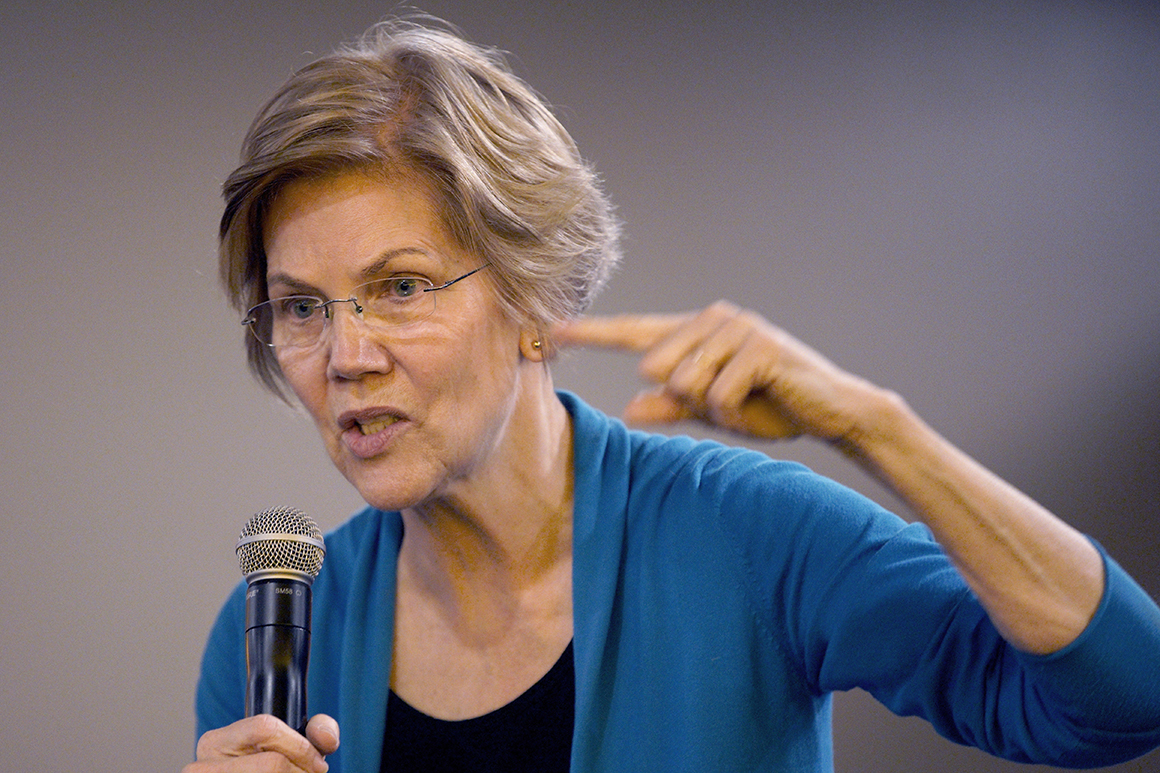 Sen. Elizabeth Warren (D-Mass.) is preparing to propose a new “ultra-millionaire” tax on the richest Americans, as part of an effort to bridge the massive gap in income equity that she has long decried.

The proposal — which would create a 2 percent wealth tax on those with a net worth above $50 million and impose an additional 1 percent on net worth above $1 billion — draws from an analysis by University of California-Berkeley economists Emmanuel Saez and Gabriel Zucman, who have been consulting with Warren on the matter.

“We estimate that about 75,000 American households (less than 0.1%) would be liable for the wealth tax and that the tax would raise around $2.75 trillion over the ten-year budget window 2019-2028, of which $0.3 trillion would come from the billionaire 1% surtax,” Saez and Zucman wrote in a Jan. 18 letter to Warren, obtained by POLITICO. The Washington Post first reported on the proposal.

Smacking the ultrawealthy with a new tax burnishes the centerpiece of Warren’s 2020 campaign for president: a message about income inequity that she’s hammered away at in front of crowds in Iowa and New Hampshire. It also builds on a career centered on the economics of middle-class families, laid out most prominently in her 2003 best-selling book, The Two-Income Trap.

Warren’s proposal — dubbed the “ultra-millionaire tax,” according to a person familiar with it — also returns the spotlight to her core message at a time when progressive phenom Rep. Alexandria Ocasio-Cortez (D-N.Y.) recently captured attention with her own suggestion of income tax rates at 60 to 70 percent on the highest-earning Americans.

Saez and Zucman defended Ocasio-Cortez in a recent New York Times op-ed, crediting the congresswoman with having “kick-started a much-needed debate about taxes.”

In their letter to Warren, the economists stressed the debt burden saddling the middle class and argued that the wealthy are taking advantage of loopholes unavailable to the majority of Americans. They also argue that the top 1 percent of families face a total tax burden of 3.2 percent relative to their wealth with the bottom 99 percent having a tax burden of 7.2 percent.

“One of the key motivations for introducing a progressive wealth tax is to curb the growing concentration of wealth,” they wrote. “The top 0.1% today owns almost as much wealth as the bottom 90% of US families, which includes the vast majority of US families.”

The timing for the rollout of Warren’s proposal is unclear; her campaign would not comment.

In her talks before crowds in early presidential states, Warren — who on Dec. 31 launched an exploratory bid for president — has railed against billionaires and a “rigged” tax system that sticks it to the middle class. She has pledged not to accept money from political action committees and has called on other Democratic candidates to do the same. She’s also been critical of billionaire-financed super PACs and prospective billionaire candidates who might self-fund their campaigns.

Source: https://www.politico.com/story/2019/01/24/elizabeth-warren-2020-wealth-tax-1124983
Droolin’ Dog sniffed out this story and shared it with you.
The Article Was Written/Published By: nkorecki@politico.com (Natasha Korecki)