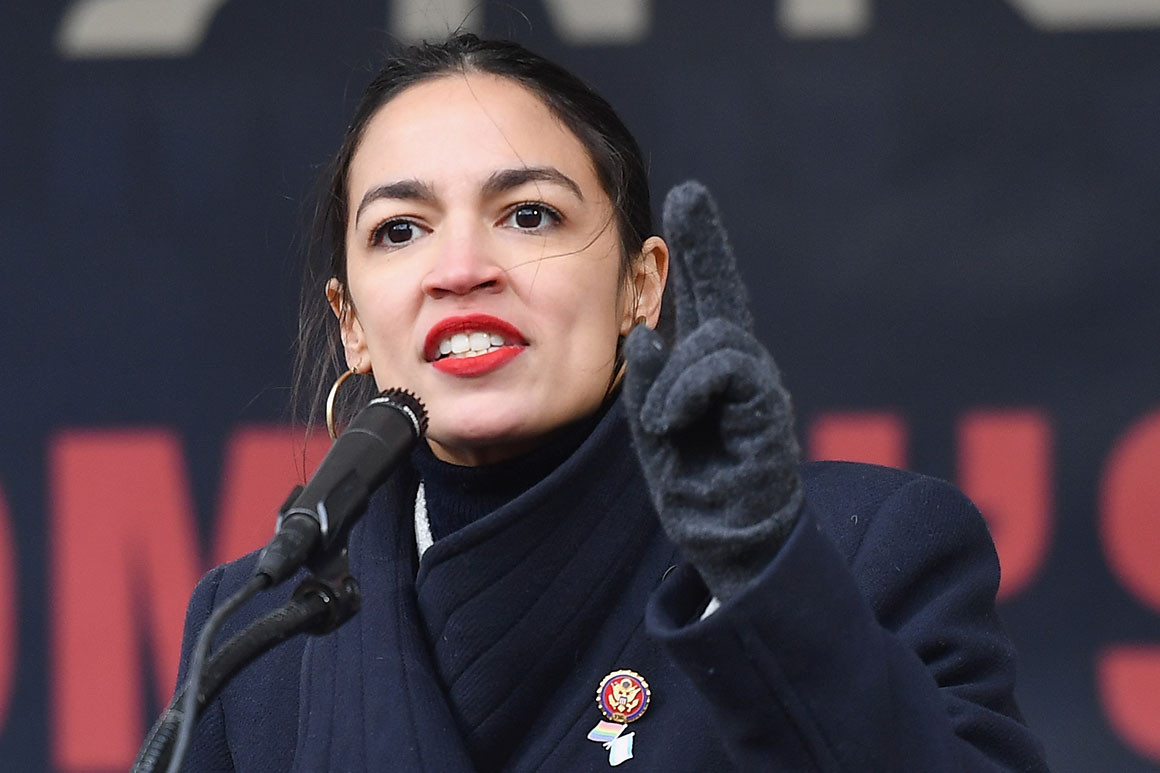 The powerful House Oversight Committee was already stacked with hard-line Republicans ready to serve as President Donald Trump’s first line of defense in a new Democratic House. Now they’ll be going up against Ocasio-Cortez (D-N.Y.), Rep. Rashida Tlaib (D-Mich.) and other progressive stars eager to investigate the president and his administration.

“I’m hoping that will rebalance the committee a little bit. We could use a little bit of heft from the left,” said Rep. Stephen Lynch (D-Mass.), a member of the Oversight Committee.

The new class of liberal House Democrats has frequently been compared to the conservative Freedom Caucus, with each more than happy to challenge party leaders. But on the Oversight Committee, they are typically aligned with leadership, which frequently places its most vocal partisans on the panel.

When Republicans controlled the committee during the Obama administration, Jordan, the top Republican on the panel, and Mark Meadows (R-N.C.) investigated the Benghazi attack and Eric Holder’s Justice Department.

Some of the new Democratic additions to the committee are already becoming lightning rods. Tlaib made headlines on her first day in office when she pledged to “impeach the motherf—er,” while Ocasio-Cortez has come under fire for her liberal views and her use of social media to push back on the GOP.

Their Democratic colleagues dismissed concerns of the potential for a circus-like atmosphere when the freshman lawmakers face off against Jordan, Meadows and other Trump loyalists in such a high-profile setting.

“Some people feel like it’s only Republicans who have the right to get passionate about politics. It’s not just Republicans. It’s Democrats, too,” said Rep. Jamie Raskin (D-Md.), a liberal member of the Oversight Committee. “Progressives are fighting mad about what the Trump administration has done with America. So if they don’t like it, they’re just going to have to learn to live with it.”

Republicans, too, are keenly aware of what the new additions mean for the committee, which will soon begin investigating a wide array of Trump administration scandals and controversies.

“I don’t know that any of them will be timid about expressing their opinions,” Meadows, the chairman of the Freedom Caucus, said with a smile.

The hard-liners in each party don’t necessarily dislike each other.

Meadows and Rep. Ro Khanna of California, a new Democratic member of the committee, were talking about each other in separate conversations with reporters on Wednesday when they walked past each other.

“Speaking of Ro Khanna — there he is,” said Meadows. “I’m saying nice things!” he quipped to Khanna.

The rare moment of levity even amid the doom and gloom of a government shutdown wasn’t surprising for two lawmakers who attend plays together with their wives and have worked closely on foreign policy initiatives. But they acknowledge that they’ll soon be butting heads on the Oversight Committee.

“I think there will be fireworks, just because of the political nature of the first hearing that we are having,” Meadows added, referring to ex-Trump attorney Michael Cohen’s appearance originally planned for next month. A spokesman for Cohen announced on Wednesday that he was postponing his testimony because of “ongoing threats against his family” from Trump and his lawyer Rudy Giuliani, though some Democratic lawmakers are discussing whether to compel Cohen to testify with a subpoena.

While Meadows has earned a reputation as a conservative bomb-thrower on Capitol Hill, he pointed out that he has close relationships with lawmakers across the aisle. In addition to Khanna, Meadows enjoys a good relationship with Oversight Chairman Elijah Cummings (D-Md.).

Meadows said he hopes that things don’t get heated on a personal level in the committee. But Meadows, one of Trump’s designated “warriors,” also warned that he is not afraid to stick up for his beliefs.

“I’m not shy about calling that out,” Meadows said.

There was a high level of interest in joining the Oversight panel, according to Democratic sources. The Judiciary Committee, which has jurisdiction over everything from impeachment to gun policy, is typically seen as a bigger prize for lawmakers. But with Democrats promising to launch a slew of new investigations, a spot on the Oversight Committee suddenly became even more coveted.

Democrats say they aren’t interested in simply scoring political points, but that the GOP-controlled House neglected to probe myriad issues of impropriety under Trump, focusing instead on trying to find evidence of anti-Trump bias within the FBI and Justice Department.

“[The new members] will be able to model some behavior for our Republican colleagues, who have utterly failed to conduct oversight over the last two years,” said Rep. David Cicilline of Rhode Island, a member of Democratic leadership.

Ocasio-Cortez won a spot on Oversight even though she was already named to the Financial Services Committee, an exclusive panel. But after she told leaders that she was interested in a spot on Oversight, she was granted a waiver that allows her to serve on both.

Ocasio-Cortez said in an interview that she talked with Cummings about “some of the most pressing and concerning issues in the administration,” adding, “That’s really what we were focusing on and less the political dynamic.”

Heather Caygle contributed to this report.

Source: https://www.politico.com/story/2019/01/23/ocasio-cortez-freedom-caucus-oversight-1121380
Droolin’ Dog sniffed out this story and shared it with you.
The Article Was Written/Published By: mzanona@politico.com (Melanie Zanona)