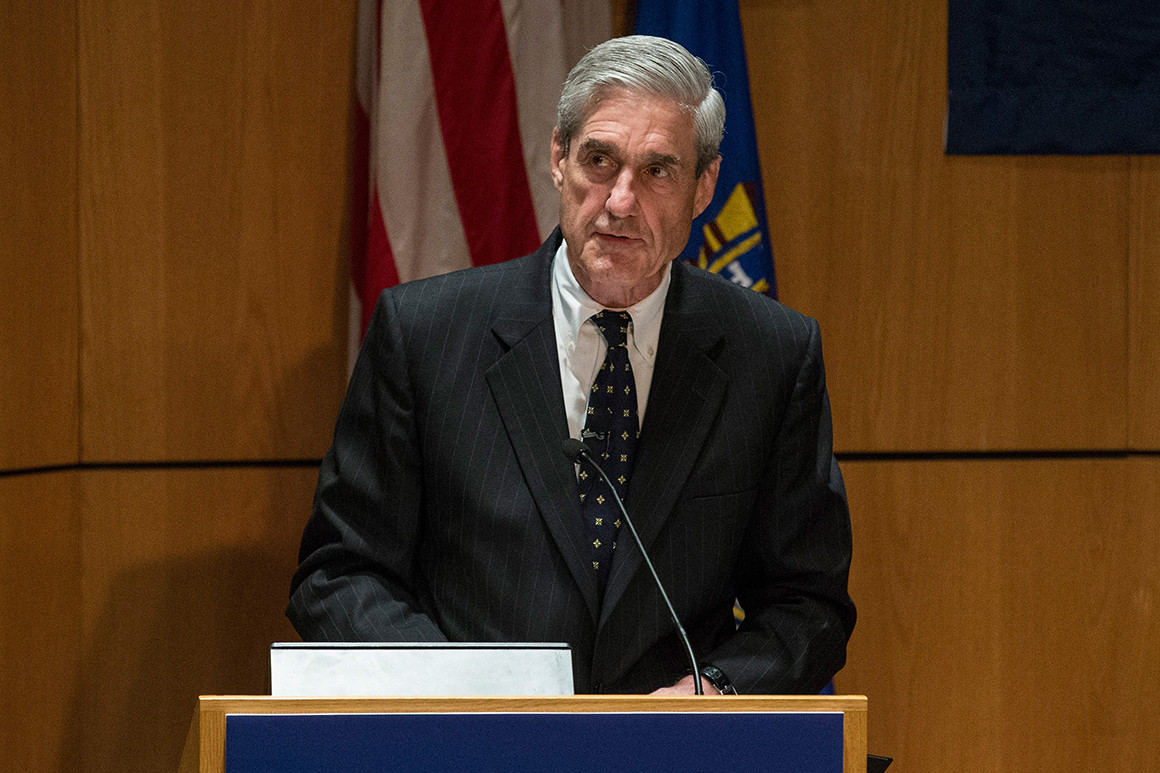 The Supreme Court announced Tuesday that it will maintain much of the secrecy surrounding a mysterious legal dispute that appears to have pitted an unknown foreign company against special counsel Robert Mueller.

The showdown, which centers on the company’s refusal to comply with an apparent Mueller subpoena, has emerged as one of the most intriguing aspects of the ongoing probe of the Trump campaign’s potential collusion with Russia.

While Tuesday’s decision means that much of the case will remain cloaked, the justices allowed the public release of a partially-redacted legal filing that disclosed a few more facts about the dispute.

One revelation: while prosecutors proposed a $10,000-a-day fine on the firm for failing to comply with the demand for its records, Chief Judge Beryl Howell of the U.S. District Court in Washington opted instead for a sharply increased sanction of $50,000 a day, but put that penalty on hold pending an appeal.

The redacted petition made public Tuesday also makes clear that the company tangled up in the dispute is “wholly-owned by a foreign state.” It’s still not clear what country is involved, though, or what type of business the company does in the U.S.

Media attention to the case reached a fever pitch last month when the D.C. Circuit Court of Appeals imposed an unusual level of secrecy to hear arguments in the legal fight, shutting down public access to an entire floor in the courthouse.

The newly-released filing reveals that the confidentiality went even further than previously known: at some point, lawyers for the company were excluded while prosecutors made an unusual “ex parte” presentation to the appeals court judges.

There has been no indication in public court records that the fight involves Mueller. However, several clues strongly point to his team.

A POLITICO reporter stationed in the D.C. Circuit clerk’s office on the day a filing was due in the case in October heard a man apparently tied to the firm request a copy of a filing by the special counsel’s office shortly after a deadline for a filing in the case. A D.C. Circuit judge who signaled he would recuse from all Mueller-related matters also stepped aside from the fight.

Separately, CNN reported that Mueller prosecutors visited Howell’s courtroom for a closed-door proceeding at a time when key rulings in the case came down.

A spokesman for Mueller’s office has declined to comment on what role his team is playing in the case.

The firm’s effort to get the appeals court to overturn Howell’s contempt ruling came up short. So, too, did the company’s attempt to get the Supreme Court to put a hold on the contempt order and the $50,000-a-day fine.

While the company has struck out with its legal arguments thus far, its petition to get the Supreme Court to add the case to its docket remains pending. The petition largely consists of dry legal arguments about the issue of sovereign immunity in criminal cases.

Lawyers for the company warn darkly of the “foreign-policy nightmare that would ensue if American courts started enmeshing foreign states in domestic criminal proceedings.” The attorneys also sought to heighten the gravity of the dispute by painting it as a direct showdown between prosecutors and the foreign country that owns the company.

The firm’s petition seems intended to capture the attention of top officials in the Trump administration by tying the company’s sovereign immunity arguments to the longstanding concerns in American conservative circles about U.S. officials being subject to the jurisdiction of the International Criminal Court. In making their pitch, the firm’s lawyers quote approvingly from comments national security adviser John Bolton made in September denouncing that court.

The thrust of the company’s legal position is that U.S. courts should not subject foreign countries, or their wholly-owned businesses, to subpoenas in criminal cases without explicit authorization from Congress. The D.C. Circuit ruling found that existing U.S. law regulating such demands addressed only civil cases, not criminal ones.

The firm’s attorneys also predict a kind of tit-for-tat escalation of the use of criminal cases to target Americans if the lower courts’ rulings are not rejected. One recent example the lawyers cite: China’s detention of a former Canadian diplomat last month in a move many saw as retaliation for Canada’s arrest of executive Meng Wanzhou, daughter of the founder of Chinese tech giant Huawei.

“If left to stand, the judgment below could throw immunity principles into disarray around the world,” wrote the firm’s lawyers, whose names were deleted from the filings with the Supreme Court’s permission.

While the Supreme Court unsealed the redacted petition Tuesday, the justices also ordered that various filings related to the company’s stay request remain under seal in their entirety. The court offered no explanation for the ruling, which appeared to reject a motion by the Reporters Committee for Freedom of the Press to open up court records in the case.

“It is disappointing that the Court appears, at this point, to be permitting the corporation’s stay application and related filings to remain under seal,” the Reporters Committee’s Katie Townsend said. “We intend to continue to advocate for the greatest public access possible to the filings in this matter in both the Supreme Court and the D.C. Circuit.”

Disclosure: Gerstein serves on a governing board of the Reporters Committee.

Source: https://www.politico.com/story/2019/01/22/mueller-subpoena-fight-1118242
Droolin’ Dog sniffed out this story and shared it with you.
The Article Was Written/Published By: jgerstein@politico.com (Josh Gerstein)