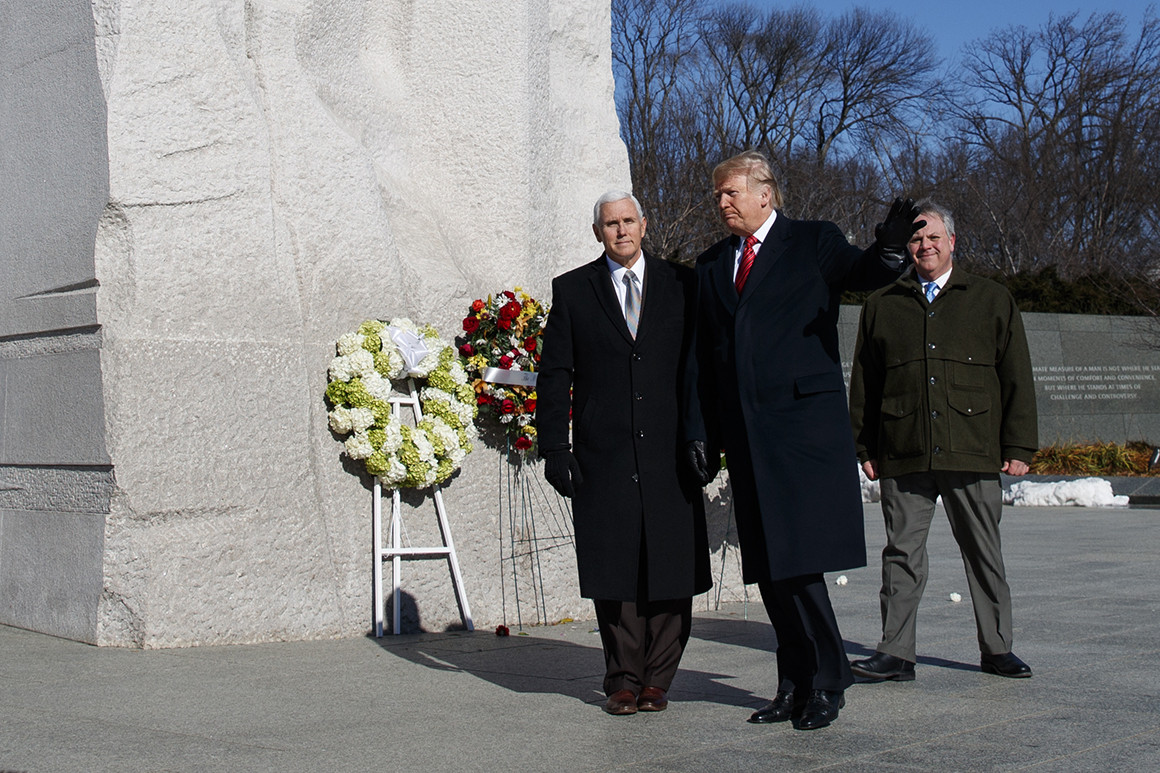 President Donald Trump made a brief appearance Monday at Washington’s Martin Luther King, Jr. Memorial, honoring the civil rights icon with a wreath on the federal holiday bearing his name.

Trump left the White House late Monday morning for an unannounced trip to the King memorial, traveling there via motorcade, according to the White House press pool. The president had faced some criticism for his previously released schedule, which did not include any public events marking Martin Luther King Jr. day.

At the memorial, Trump and Pence laid a wreath at the base of a sculpture of King. The president made only brief remarks to reporters, thanking them for being there. The temperature Monday was 19 degrees with a wind chill of two degrees.

He did not respond to shouted questions on the ongoing government shutdown, now in its 31st day, which has shuttered the non-open-air portions of Washington’s monuments and memorials on and around the National Mall, including the King memorial.

The White House issued a lid — a signal that the day’s public events had concluded — shortly after the president’s arrival back at the White House.

Source: https://www.politico.com/story/2019/01/21/trump-mlk-day-memorial-visit-1116559
Droolin’ Dog sniffed out this story and shared it with you.
The Article Was Written/Published By: lnelson@politico.com (Louis Nelson)