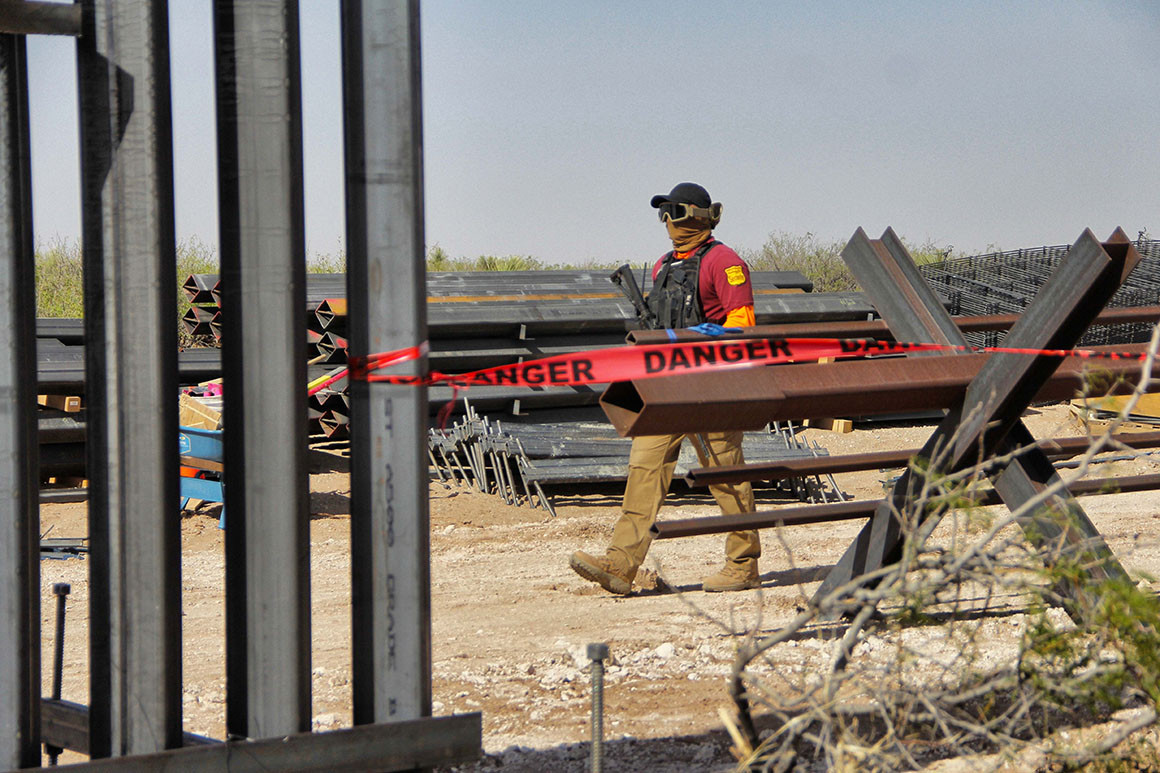 Yes, it seems a distant memory amid all the heated rhetoric over the government shutdown. But it wasn’t so long ago that Democrats and Republicans could have a reasoned debate over funding border security.

Indeed, to go back now and track the history of appropriations bills sheds new light on a battle that today seems divorced from reality and lacking proportion.

President Donald Trump bashes Democrats daily for obstructing his border wall. But the record shows that he received much of his request in 2018 and had already won bipartisan Senate support for $1.6 billion in 2019 when he effectively blew up the process by greatly escalating his demands going into the fall midterm elections.

At the same time, Democrats appear so repelled by the harsh symbolism of Trump’s wall that they find it hard to talk about their record of helping another Republican president — George W. Bush — build many of the barriers that already exist along the border.

“This is where it gets complicated,” admits Rep. David Price (D-N.C.), who helped manage the annual Homeland Security appropriations bill under Bush. “Trump’s wall has become a symbol of a broader set of immigration policies that are just reprehensible. … It’s hard to escape the effect of it becoming a much more fraught debate than it might be, if we were just talking about matter-of-fact proposals about how you secure the border.”

Yet this very same history is all the more relevant now as the monthlong standoff seems to grow more personal between Trump and House Speaker Nancy Pelosi (D-Calif.).

The White House has sought to isolate Pelosi as an intractable ideologue after she described Trump’s wall as “immoral.” But this is a leader raised in the briar patch of House Appropriations Committee bargaining. And in her first tour as speaker, it was Pelosi who ran the House when Bush got billions for border security and barriers.

“There’s a substantial history where Democrats have supported physical barriers when they are effective,” said an aide to the speaker.

In the case of Trump’s wall, the appropriations record shows that his campaign vision of a massive 30-foot-high, sea-to-sea concrete barrier was pretty much dead on arrival. The 2017 omnibus spending bill — approved by a Republican Congress and signed by Trump soon after his inauguration — insisted that any new barriers follow “previously deployed and operationally effective designs” like steel bollards.

Democrats had a hand in adding this provision, for sure. But the same language became a fixture in 2018 and 2019 spending bills for the Department of Homeland Security. And Trump’s professional advisers soon found they could live with it.

Tests showed that concrete was more vulnerable than steel in the desert heat. As a practical matter, Border Patrol agents preferred to be able to see through the bollards — and not face a blank wall.

The end result was not so much a question of the White House acceding to Democrats as bowing to reality. In the same vein, Trump’s first two fiscal 2018 and 2019 budgets for the Department of Homeland Security — both when Republicans controlled Congress — were relatively restrained in their demands for funding.

For 2018, DHS asked for $1.6 billion in wall-related expenditures, about $1.53 billion of which was attributed to three barrier projects in the Rio Grande Valley and San Diego sectors. Of this sum, DHS received approximately $1.33 billion, a reduction of about 13 percent.

To be sure, there were concessions. To make the deal more palatable to Democrats, the bill dedicated $445 million to replace and strengthen existing barriers along the border, not build new ones. This investment is not insignificant since it will allow for taller steel bollards to replace much more modest vehicle barriers from the Bush era. But it certainly cut into the miles of new fencing requested by DHS and Trump for the Rio Grande Valley.

There, the department had envisioned constructing two increments of new barriers totaling nearly 60 miles. Funding for the larger of the two, $784 million for 32 miles of a new wall system, was effectively cut by three-quarters to $196 million. But $445 million was appropriated — almost the full request — for 25 miles of new pedestrian fencing along levees in the Valley.

As it happened, the omnibus 2018 spending bill, which Pelosi voted for last March and Trump signed into law, came weeks after DHS had already submitted its 2019 budget. But once again, the administration’s request for wall-related expenditures was no more than $1.6 billion. And that number still stood when the Senate Appropriations Committee marked up 2019 funding for DHS.

A month later, on July 25, in the House Appropriations Committee, the mood was very different. Republicans, under pressure from Trump, upped the ante to provide almost $5 billion for wall-related funding in the DHS bill, a $3.3 billion increase over the Senate package.

Democrats were incensed. And the additional wall funding forced cuts elsewhere in the DHS budget, including all of the $750 million long sought by the Coast Guard. The Guard currently must make due with one vessel capable of breaking through heavy ice that’s been in use since Gerald Ford’s presidency. And given global warming, this is a growing security concern at a time when Russia and even China are building more such icebreakers given the potential resources opening up in the thawing Arctic.

But nothing about an ice breaker captures the political imagination like Trump’s wall and immigration rhetoric.

To no one’s surprise then, committee Republicans quickly rejected a Democratic bid to restore $750 million for the Coast Guard, a proposal that would still have left more than $4 billion for new border fencing. But the short debate still served as an important marker of sorts — a reminder that nothing is free about the added wall funding under the annual appropriations caps.

The bill’s manager, former Rep. Kevin Yoder (R-Kan.) seemed mindful of this. Caught between Trump and a tough Democratic challenge back home — an election Yoder would ultimately lose—the Kansas conservative attached bill language to the $5 billion, freezing it in place until DHS had submitted an expenditure plan and won approval of that plan from the House and Senate Appropriations Committees.

Critics would argue the legislative provision was more an exercise in political cover and could never be enforced in reality. But in less contentious times, it is the sort of two-step procedure that past Congresses and presidents have used to work out disputes.

Certainly it would require a level of trust that seems lost now. But, as a young member of Appropriations, Pelosi herself would sing the Rolling Stones lyric to comfort herself: “You can’t always get what you want, but if you try sometimes you might find you get what you need.”

Source: https://www.politico.com/story/2019/01/19/congress-debate-border-security-civil-1115925
Droolin’ Dog sniffed out this story and shared it with you.
The Article Was Written/Published By: drogers@politico.com (David Rogers)