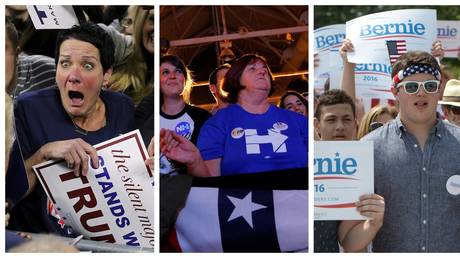 A politically-promiscuous Texas entrepreneur has been accused of running fake campaign accounts and websites for Bernie Sanders, Hillary Clinton, and Donald Trump during the 2016 election and pocketing the cash.
Read Full Article at RT.com

Source: https://www.rt.com/usa/448997-fake-bernie-trump-pacs/?utm_source=rss&utm_medium=rss&utm_campaign=RSS
Droolin’ Dog sniffed out this story and shared it with you.
The Article Was Written/Published By: RT