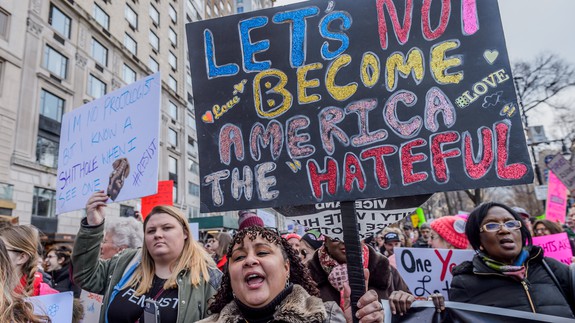 “The Women’s March got me out of the house, got me involved, made me educate myself, got me politically educated, and gave me something meaningful to do,” says Beem, who is the board president for Women’s March Washington State.

Last month, however, Beem announced the board’s decision to dissolve, pointing to the national Women’s March refusal to “acknowledge and apologize for their anti-Semitic stance.”

Allegations of anti-semitic remarks made by leaders of the national organization behind the Women’s March in D.C., as reported by Tablet Magazine in December, have sent shockwaves across the country, leaving those who found a political voice by rallying in the streets and sharing empowering hashtags, doubting the movement’s future.  Read more… Source: https://mashable.com/article/womens-march-local-leaders/
Droolin’ Dog sniffed out this story and shared it with you.
The Article Was Written/Published By: Victoria Rodriguez