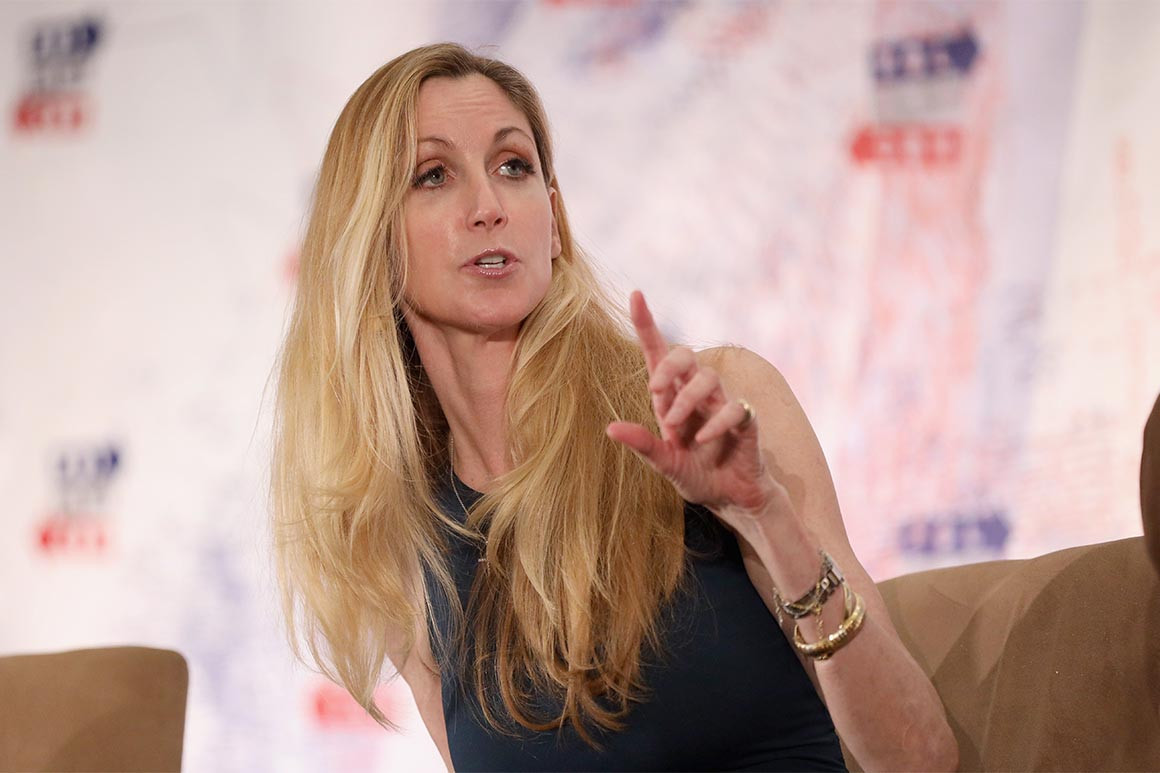 Rep. Steve King (R-Iowa) tweeted: “A Big Beautiful Concrete Border Wall will be a monument to the Rule of Law, the sovereignty of the USA, & @realDonaldTrump. If DACA Amnesty is traded for $5.7 billion(1/5 of a wall), wouldn’t be enough illegals left in America to trade for the remaining 4/5. NO AMNESTY 4 a wall!”

“100 miles of border wall in exchange for amnestying millions of illegals. So if we grant citizenship to a BILLION foreigners, maybe we can finally get a full border wall,” tweeted conservative media commentator Ann Coulter, who has repeatedly antagonized the president for failing to erect a barrier along the U.S.-Mexico border during his two years in office.

“Amnesty is not a good plan, @realDonaldTrump,” Fitton wrote online.

Roy Beck, president of the anti-immigration organization NumbersUSA, called the president’s offer “a loser for the forgotten American workers who were central to his campaign promises.”

“An amnesty-for-wall trade would once again reward previous immigration lawbreakers without preventing future immigration lawbreakers,” Beck said in a statement. “This kind of amnesty deal will incentivize more caravans, more illegal border crossers and more visa overstayers at the expense of the most vulnerable American workers who have to compete with the illegal labor force.”

In addition to a variety of border security efforts unrelated to his wall, Trump offered in an address from the White House to provide “three years of legislative relief” for the roughly 700,000 undocumented immigrants brought to the U.S. as children and protected under the Obama-era Deferred Action for Childhood Arrivals program. Trump announced in September 2017 that he would end DACA.

“This extension will give them access to work permits, social security numbers and protection from deportation most importantly,” Trump said.

The president also proposed a three-year extension of Temporary Protected Status, a designation that allows roughly 300,000 immigrants to temporarily stay in the U.S. because they are unable to return to their home country as a result of a natural disaster or other dangerous circumstances.

“That is our plan: border security, DACA, TPS and many other things,” Trump said. “Straightforward, fair, reasonable and common-sense with lots of compromise.”

“a) Bill funding Wall would be great. b) Wall + an Amnesty is bad because amnesty is huge magnet for more illegal immigration,” blogger and immigration activist Mickey Kaus tweeted ahead of Trump’s speech. “Not like restrictionists wouldn’t take a).”

James Carafano of The Heritage Foundation, a conservative Washington think tank, said in a statement that the Trump administration “should be applauded for its attempts to both secure our border and end the government shutdown,” but cautioned that “including amnesty in the new proposal is not the way to do it.”

“The proposed compromise is not the best way forward,” he concluded.

Source: https://www.politico.com/story/2019/01/19/trump-shutdown-deal-republican-reaction-1116056
Droolin’ Dog sniffed out this story and shared it with you.
The Article Was Written/Published By: qforgey@politico.com (Quint Forgey)