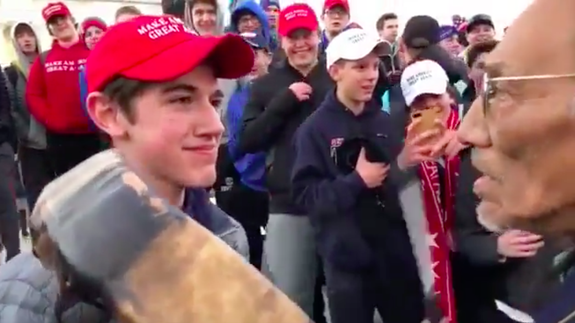 A group of young Donald Trump supporters has come under fire after ambushing and taunting a group of Native Americans at the Indigenous Peoples March on Friday.

On Jan. 18, Washington, D.C. hosted both the Indigenous Peoples March and the anti-abortion March For Life. It was apparently a group from the latter gathering that set off the appalling scene, based on evidence in videos captured at the time.

Source: https://mashable.com/article/teen-boys-maga-hats-crash-indifenous-people-march/
Droolin’ Dog sniffed out this story and shared it with you.
The Article Was Written/Published By: Nicole Gallucci