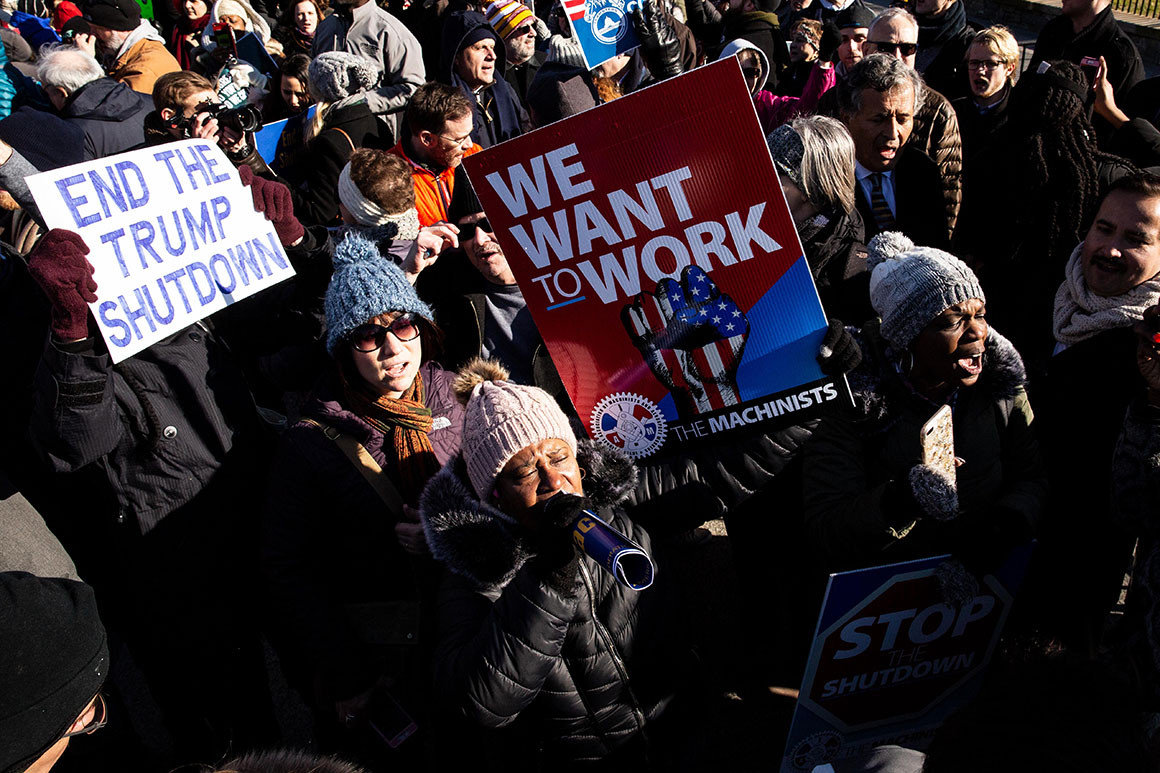 Both ends of Pennsylvania Avenue are under pressure to find a way to reopen the federal government, and it’s only increasing as a series of high-profile events loom.

House Speaker Nancy Pelosi this week threatened to cancel President Donald Trump’s State of the Union speech later in the month, saying it would put too much strain on furloughed agencies to provide security for the event.

Atlanta Mayor Keisha Lance Bottoms told people planning to attend the Super Bowl in her city in February to “get to the airport very early,” anticipating long waits as fewer TSA agents continue working without pay.

Meanwhile, despite heightened tensions, there has been no progress in negotiations between Democrats and Republicans over funding government agencies and ending the partial shutdown.

Here are some key dates that could draw public attention to the shutdown and create added pressure on Congress and the White House to reach a deal:

Martin Luther King Jr. Day is the first federal holiday of the year, but many of Washington’s prominent attractions are closed due to the shutdown.

The National Museum of African American History and Culture, which includes collections centered on the civil rights movement, is closed. So are the Smithsonian Institution’s 18 other museums and galleries and the National Zoo.

Such closures on a three-day weekend that’s popular for travel could frustrate tourists and get politicians’ attention.

One prominent King landmark narrowly avoided closing Monday. The Martin Luther King Jr. National Historical Park in Atlanta will temporarily reopen Saturday due to a grant from the Delta Air Lines Foundation, in addition to revenue generated by the National Park Service recreation fees. Delta’s headquarters are in Atlanta.

The park includes the historic Ebenezer Baptist Church, where King was baptized, ordained as a minister, and later became co-pastor with his father. King’s birth home is also in the park.

“These historic landmarks represent the strength of our community and should always be made available for the public to enjoy,” said Ed Bastian, Delta’s CEO.

Just because there’s a shutdown, that doesn’t mean Americans can put off filing their taxes. But it does mean a lot of headaches for IRS employees.

Tax season opens on Jan. 28, and as a result, 46,000 IRS employees nationwide were called back to their jobs starting this week. The employees, who are deemed “essential workers,” are working without pay until the government reopens.

Federal workers will get back pay eventually, but IRS employees are already frustrated about having to work without paychecks in the meantime, during a busy time of year.

The National Treasury Employees Union on Thursday delivered a petition to Congress that was signed by 17,820 federal employees calling for an end to the shutdown. The organization represents 150,000 employees, including 70,000 IRS workers.

“What I hope all members of Congress and those in the administration understand is that there are 800,000 American citizens — who are employees of the U.S. government — being seriously harmed by this shutdown,” Tony Reardon, the national president of the union, said in a statement. “They need to immediately be pulled out of this larger political battle. As nonpartisan public servants, they should not be put in this position.”

State of the Union

The state of our union is tense.

The annual address from the president to a joint session of Congress was scheduled for Jan. 29. Now, after Pelosi requested that Trump either postpone it or deliver the speech in writing, it might happen at a later date or at another location.

Pelosi cited security concerns, saying such speeches are designated as “national special security events,” which demand “the full resources of the Federal Government.”

So far, the gambit has not forced Trump to the negotiating table. Instead, Trump on Thursday canceled Pelosi’s planned trip to visit troops in Afghanistan, which was scheduled to use military aircraft.

The nation’s busiest airport could become only messier during one of the country’s most-watched events of the year.

Hartsfield-Jackson Atlanta International Airport is seeing security line waits up to 90 minutes as unpaid TSA agents call in sick or leave their jobs, and officials fear the Super Bowl weekend will be even worse.

“We are continuing to encourage people to get to the airport very early,” Bottoms said, according to the AP.

Massive security lines could prompt an outcry on social media or fuel news stories that might weigh on lawmakers and the White House.

“If the Democrats have those types of concern, they should sit down at the table and negotiate with the president,” she told reporters outside the White House. “We’ve got an offer on the table. We made it clear that we’d like to make a deal.”

“The president wants to open the government as well, but he wants to make sure we’re protecting American citizens, and we have to secure our border in order to do that,” she said.

The White House budget will likely see another delay this year.

The budget for fiscal year 2020 is supposed to be due on or before the first Monday in February, and releasing spending priorities for next year would certainly draw attention to the fact that swaths of the federal government are currently unfunded.

But it’s not clear whether the White House plans to meet that deadline this year. Last year, the budget was released on Feb. 12, a week later than planned, due to a three-day government shutdown.

Source: https://www.politico.com/story/2019/01/19/events-could-end-government-shutdown-1115525
Droolin’ Dog sniffed out this story and shared it with you.
The Article Was Written/Published By: rmorin@politico.com (Rebecca Morin)