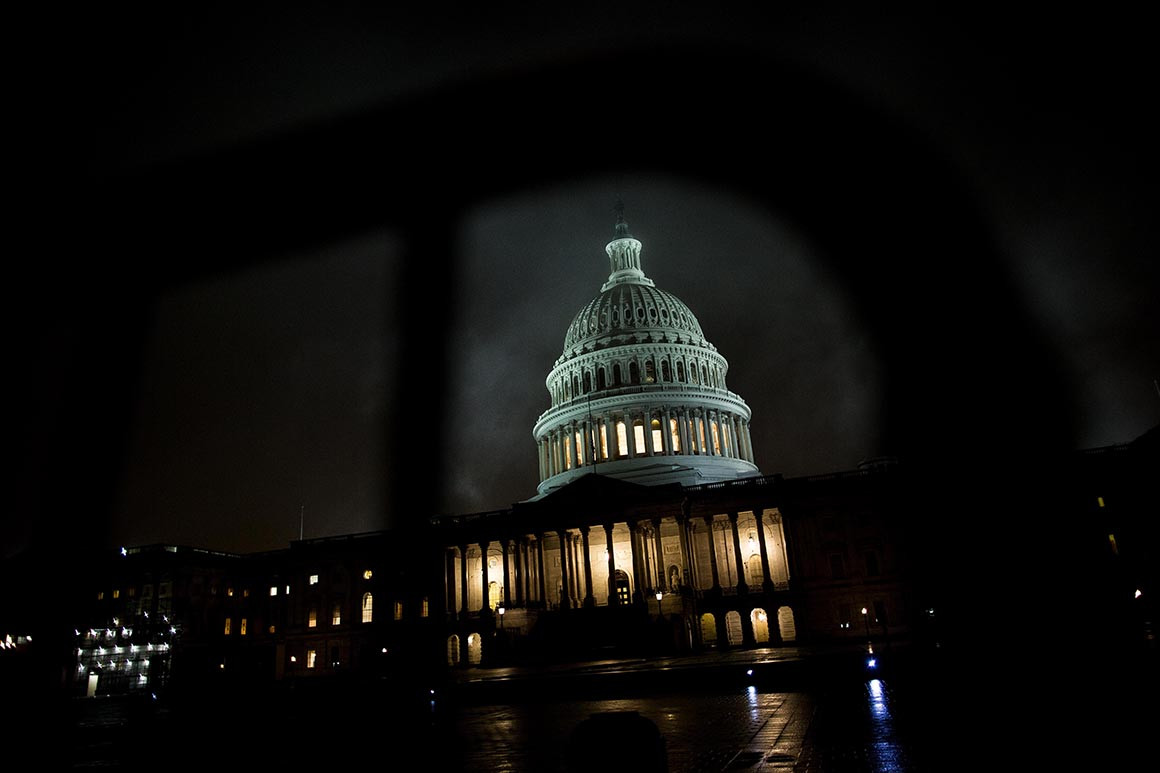 The longest government shutdown in U.S. history will scar the federal bureaucracy and U.S. economy long after the doors are unlocked and workers return.

The feds will struggle to dig out of a backlog of hiring and training that’s essential to pushing out tax refunds, protecting U.S. borders and guiding air traffic. Government contractors are expected to jack up prices on everything from helicopters to IT support, growing wise to an administration that doesn’t pay its bills for weeks on end.

And the agriculture industry, real estate sector, oil drillers and global investors are all bracing for years of cascading setbacks spurred by the pause in government loans, permitting and deal-making approval. The enduring pain will extend across the quarter of the U.S. government now largely shuttered.

“Even if the shutdown were resolved tomorrow, the fallout is going to last months, if not years,” said former Homeland Security Secretary Jeh Johnson.

The department Johnson led from 2013 to 2017 under President Barack Obama is just one of nine that have been closed for more than three weeks with no end in sight. President Donald Trump is holding the line on his threat to veto any spending bill that doesn’t include at least $5 billion to fulfill his campaign promise of building a wall along the U.S.-Mexico border.

The shutdown — which Trump says is “a very small price to pay” for increased border security and national security — has stopped all Border Patrol training, except for the classes to get new workers in the field. That means Border Patrol agents who were headed to the agency’s sprawling training campus in West Virginia this month are missing out on mandatory classes on using firearms and rescuing injured agents.

“Freezing the training process — it reverberates for well over a year,” said Gil Kerlikowske, who headed Customs and Border Protection during the Obama administration and served as the nation’s “Drug Czar” during the 16-day shutdown in 2013.

Tim Manning, who was a FEMA deputy administrator during the 2013 lapse, said federal officials have for years been wary of even scheduling training courses at the Oct. 1 start of the fiscal year, for fear that a shutdown will cause a ripple effect in their training queue. “It pushes entire cohorts back multiple years,” Manning said.

At the Transportation Security Administration, hundreds of airport security screeners who were supposed to go through advanced training in Georgia this month can’t move into management positions. Already, several airports throughout the country have had to close screening lanes because of TSA absences, adding to the crunch on the aviation industry, which is expected to face a post-shutdown training backlog for air traffic controllers and pilots.

Most DHS employees who handle hiring and recruitment are furloughed — a major problem for a department that hemorrhages workers more quickly than it can replace them. DHS Secretary Kirstjen Nielsen told lawmakers in October that, for the first time in many years, the department is now hiring Border Patrol agents faster than it is losing them.

For the IRS, another workplace already plagued by staffing and funding shortages, former officials and union leaders warn that the government is both at risk of losing skilled workers and scaring off prospective hires. Audits, which have already become rare, could drop even further and more fraudulent returns could go undetected.

“The funding levels are ridiculously low, and the level of audits and the level of training is not what any good government person would want them to be … and this doesn’t help that,” said Steven Miller, a former IRS acting commissioner.

Miller said the partial shutdown will intensify the negative impact of a decade of budget cuts that the agency has already endured. While the IRS did get a bump in funding during the most recent fiscal year, its $11.4 billion allotment is still about $700 million less than in 2010.

One in five IRS workers is eligible for retirement now, and the number will increase significantly over the next five years, according to the National Treasury Employees Union. “Who will replace these employees after seeing how poorly they are treated by the federal government as their employer?” Tony Reardon, the union’s national president, said in a statement after the IRS called furloughed employees back to work to prep for the Jan. 28 start of filing season.

It’s a similar scene at the Treasury Department, where many employees are already filling more than one role. They will return to work after the shutdown facing a backlog of reviews for investments that would give foreign entities a stake in U.S. companies, as well as grant applications from financial institutions that support community development.

“You take a lean shop that’s already been operating close to the bone, and then you keep people from coming and doing their work, you are going to have a multiplier effect when people come back,” said Sarah Bloom Raskin, who served as deputy Treasury secretary under Obama. “The longer the shutdown, you’ll have more of an exponential effect in terms of getting back up to speed.”

Tom Vilsack, who served as Agriculture secretary from 2009 to 2017, said some effects of the shutdown could take months or years to realize — like the ramifications of pausing Forest Service efforts to reduce fire hazards.

“You may not see the consequences of this until August of next year, when there is a worse fire than we would have had,” Vilsack said. “It’s difficult to draw that direct line. But a month or two can make a difference in the scale of a fire.”

For the USDA, the closure of farm and rural development offices across the country means farmers and ranchers trying to secure financing ahead of spring planting, or rural families hoping to buy a new home, are left in limbo — sending a “ripple effect throughout the rural economy,” Vilsack said.

On Capitol Hill, even some Republican lawmakers have been vocal about the long-term chilling effect the shutdown could have on U.S. investment, particularly for projects that require federal permitting.

“Every day the government isn’t servicing industry is a day lost forever,” said Sen. Kevin Cramer, a North Dakota Republican whose state is a major oil and gas producer. “All of it creates uncertainty that is always an enemy to investment.”

In the private sector, the losses will likely be greatest for the government contractors whose cash flow has been cut off since the Dec. 22 start of the shutdown. Coast Guard officials said this week that the agency is running so low on cash that it must freeze all “non-essential” missions and won’t be able to pay outside vendors until the shutdown concludes.

Peter Neffenger, who served as TSA administrator during the Obama administration and was Coast Guard vice admiral before that, said government contractors have started to increase prices to account for funding unpredictability. “The vendors who are supplying you, they price that risk into the price of the goods and materials,” he said.

After enduring six government shutdowns in his more than three decades with the Coast Guard, Neffenger said the No. 1 long-term setback of a funding lapse is the “discontinuity” and “distrust” it seeds among the DHS workforce, which continually ranks last in the Partnership for Public Service’s annual job satisfaction survey federal officials closely watch.

“When you get into a shutdown situation, there’s guns to everybody’s head,” he said. “Every year that goes by, it gets worse. … It just continues to erode whatever faith there is left in the ability of the government to do its basic job.”

Source: https://www.politico.com/story/2019/01/18/shutdown-long-term-damage-1092556
Droolin’ Dog sniffed out this story and shared it with you.
The Article Was Written/Published By: jscholtes@politico.com (Jennifer Scholtes)