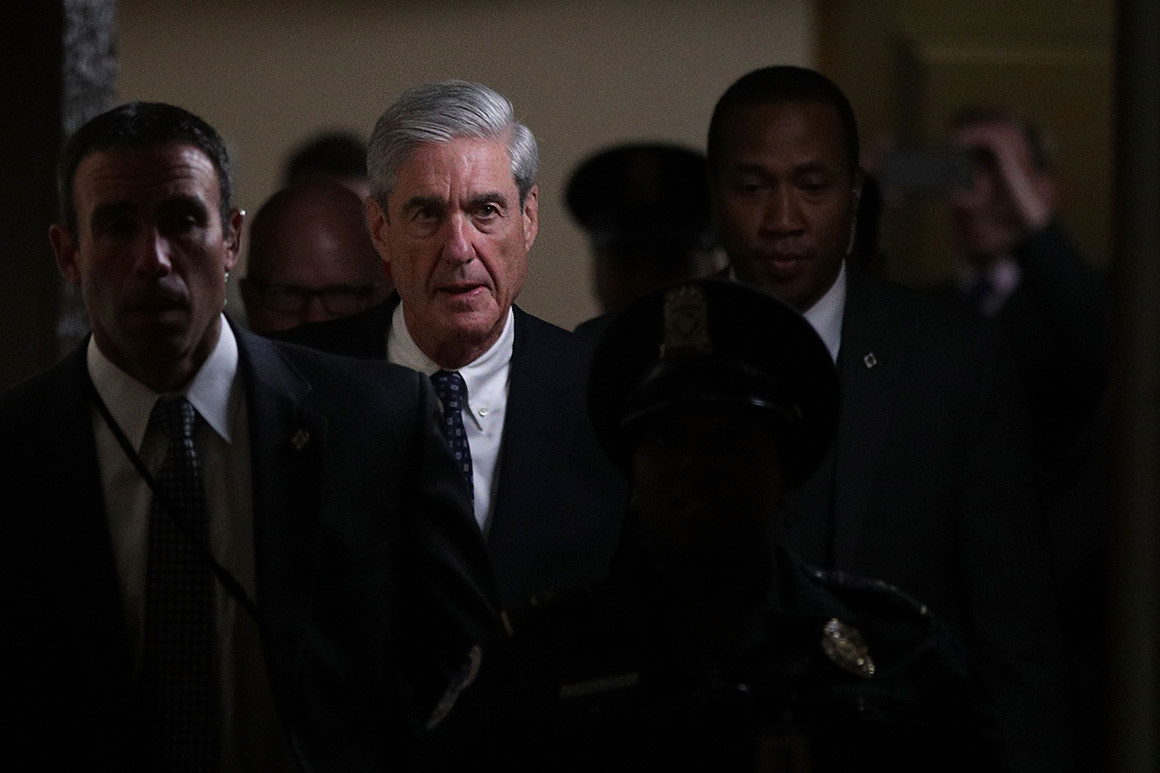 Mueller’s normally tight-lipped operation issued a statement Friday night indicating that the BuzzFeed report contained inaccuracies, at least with respect to its statements about the information gathered by the special counsel’s team.

“BuzzFeed’s description of specific statements to the Special Counsel’s Office, and characterization of documents and testimony obtained by this office, regarding Michael Cohen’s Congressional testimony are not accurate,” Mueller spokesman Peter Carr said in a statement. He did not elaborate.

Trump quickly took Twitter to react to the news, retweeting messages from supporters who’d expressed suspicion about the report.

Prior to Mueller’s office throwing cold water on the anonymously sourced report, Trump attorney Rudy Giuliani had denied the BuzzFeed story as based on “made-up lies” from Cohen.

“Any suggestion – from any source – that the President counseled Michael Cohen to lie is categorically false,” Giuliani said.

BuzzFeed added the statement to its report, but suggested that the comment from Mueller’s office was vague about what parts of the media outlet’s story were being denied.

“We stand by our reporting, and we are working to determine what exactly the Special Counsel is disputing,” BuzzFeed spokesman Matt Mittenthal said in an email to POLITICO. “Stay tuned.”

The BuzzFeed report posted Thursday said two unnamed federal law enforcement officials involved in probing Cohen’s statements about the Trump Tower Moscow project said Trump had told Cohen to lie to Congressional committees about the status of the project during the 2016 race.

BuzzFeed’s story said law enforcement sources confirmed that Cohen had given that account to Mueller’s office. The outlet also said its sources maintained that Cohen had at least ten face-to-face meetings with Trump about the project during the campaign, despite his repeated denials of business dealings with Russia.

In November, Cohen pleaded guilty to a single count of lying to Congress for making inaccurate statements to House and Senate committees about the Moscow project.

The initial report drew an unusually grave reaction from many Democratic lawmakers and even some Republicans on Friday, who said that if the account was true it appeared to implicate Trump in a clear violation of laws prohibiting false and misleading statements to Congress.

“Exactly,” wrote Jay Sekulow, the Trump personal lawyer. He then added in a phone interview: “As far as [public] proclamations go from the special counsel’s office, we’re pleased with this one. We disputed this reporting from the outset.”

John Dowd, the former Trump lawyer who remains in touch with the president, wrote to POLITICO. “Bravo!”

“Bob Mueller rarely comments on news reports. When he does, it’s serious,” said Mark Corallo, a former Bush DOJ spokesman who also handled media in 2017 for the Trump legal team.

In an email to POLITICO earlier Friday, former Clinton White House counsel Jack Quinn described the report as extraordinarily serious trouble for the president, but emphasized that its accuracy was open to debate.

“The BuzzFeed story is HUGE. Obstruction charges require proof of a corrupt intent. Instructing a subordinate to lie under oath is manifestly a corrupt act — it speaks for itself on the issue of intent,” Quinn wrote.

He emailed back 15 minutes later adding, “I qualify this with “IF TRUE…”

“It suggests to me that non-lawyers drew broad conclusions from evidence they saw but they failed to capture important nuance and ultimately mischaracterized the evidence as a result,” said former federal prosecutor Renato Mariotti.

Last month, Cohen lawyer Lanny Davis said Trump and others at the White House knew what Cohen was saying to lawmakers was wrong, but Davis stopped short of claiming Cohen was actually told to lie by Trump or anyone else.

“Mr. Trump and the White House knew that Michael Cohen would be testifying falsely to Congress and did not tell him not to,” Davis told Bloomberg News.

Earlier Friday, Davis told POLITICO that Cohen was not involved in the BuzzFeed report. The attorney declined further comment.

Source: https://www.politico.com/story/2019/01/18/mueller-buzzfeed-news-report-1116046
Droolin’ Dog sniffed out this story and shared it with you.
The Article Was Written/Published By: dsamuelsohn@politico.com (Darren Samuelsohn)