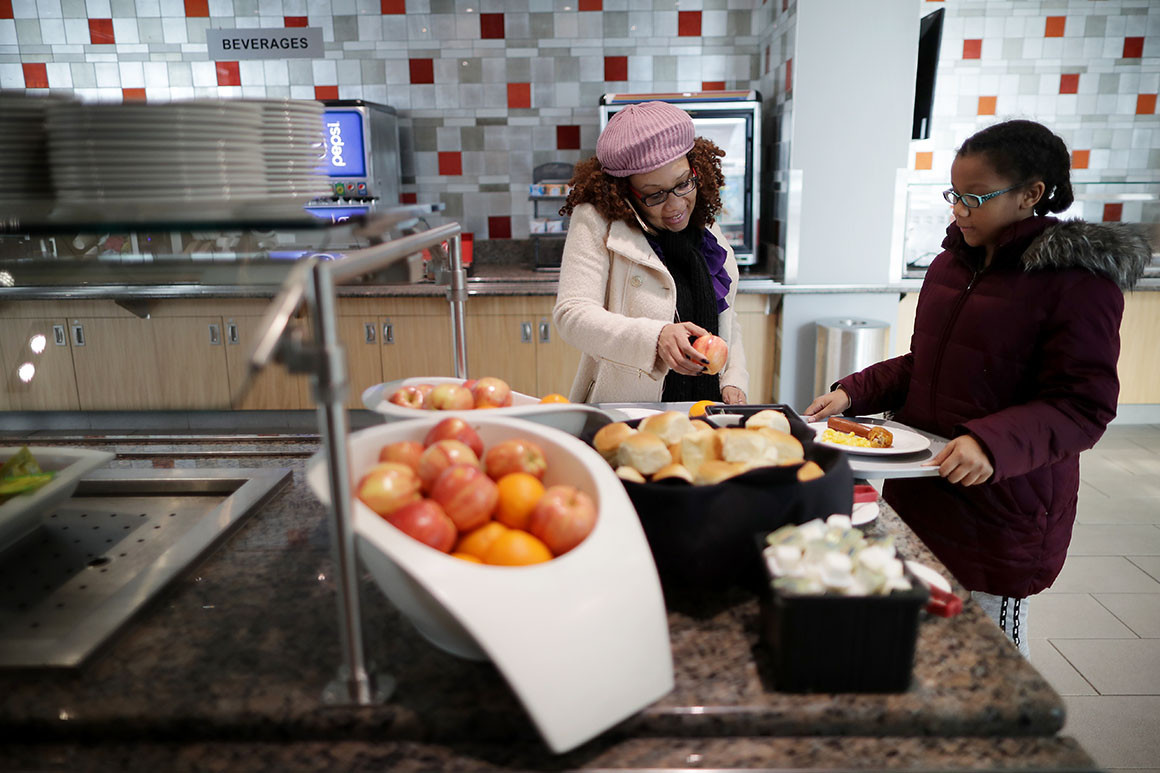 The Prairie Hills school district in Kansas is worried about not being able to feed kids at all.

On top of that, there are thousands of new kids eligible for free or low-cost school meals because their parents have been furloughed by the federal government.

With the U.S. Department of Agriculture shuttered in the dispute over funding for President Donald Trump’s border wall, school districts across the country could be faced with scraping together emergency funds to feed low-income public schoolchildren if the shutdown continues another two months.

Rural districts with smaller budgets and more limited options to scrimp may be hit especially hard, but even New York City Mayor Bill de Blasio warned Thursday of a coming crisis for his city’s more than 1 million students.

Under federal school meal programs, school districts typically get paid back by the federal government for the meals they pay up front to give to eligible children. But if the federal funds don’t come in, they aren’t allowed to pull from just any account to make up the shortfall.

Turning down thermostats, limiting bus runs, dipping into building maintenance accounts and cutting after-school programming are the types of things schools will likely have to do to find extra funds, experts said.

“That’s a million-dollar question, is ‘Where do you find that money?’” said Jason Gromley, director of advocacy with the Share Our Strength nonprofit that leads the No Kid Hungry campaign.

Cutting out meals is just not an option, said Megan Schaper, the food service director for the State College Area School District in central Pennsylvania.

For the short term, many districts say a separate but related priority is ensuring that the children of furloughed federal employees are getting fed. Several districts have encouraged them to sign up to receive free or reduced lunches.

But districts are looking ahead at larger problems. “Schools are always running at least one or two months behind in requesting money from the federal government,” Schaper said. “If this goes for more than two months, at that point, there will be instructors saying they will have to pay bills.”

Some districts may dip into their general funds or loan money to offset the costs of meals, Schaper said, though she does not anticipate having to make cuts similar to those in Vance County in preparation.

“Where we’re at today, I don’t think that schools are in any trouble to fund their lunch programs,” Schaper said. “Although I can’t speak for other districts, we will always feed our students.”

Nearly 12,000 students enrolled in pre-K through 12th grade in a high-poverty district in Newburgh, N.Y., rely on free breakfast and lunch served every day in a program that has been supported by the USDA for the past three years.

Caitlin Lazarski, food service director for the Newburgh Enlarged City School District, said the district is most concerned about the nutrition aspect of the program, and will continue to serve fresh fruit and vegetables.

“We’re not going to be cutting out fresh fruits and vegetables because it might be the only opportunity for our kids to have access to those things,” she said.

The plan is to find other ways to work around cutting free meals, Lazarski said, by possibly not purchasing other equipment needed in the district. A small fund is also available for her district to dip into with the hope that the money will eventually come in from the government.

“Any time there’s a risk for funding, as a food service director for schools, of course you’re nervous,” Lazarski said. “We’ve spent a lot of time thinking through what happens with a shutdown and we’ve been able to figure out funding that allows us to continue operations as normal for the time being. But I know this uncertainty makes service challenging for schools everywhere.”

New York City, which spends $43 million a month for the school lunch program for more than 1 million students, could also lose funding for its lunch program starting in March. At a City Hall press conference Thursday, de Blasio said, “The crisis could literally mean that foods are taken out of mouths of children.”

In the tiny Prairie Hills district in Kansas, “I really don’t know how we’ll be able to continue feeding them without the meal reimbursements we get from the federal government, and I don’t know many other school food programs that would be able to either,” said Brook Brubeck, the food service director. “It’s so frustrating and saddening. We just want to be able to feed kids.”

Brubeck said there was relief earlier this year when USDA assured districts they would receive funding for school meal programs through March, but she’s started to worry again. Between lunch and breakfast, she said her district serves about 1,000 meals a day — by far the largest provider of food in her pocket of northeast Kansas.

A USDA spokesperson noted in a statement that while schools have flexibility under the program, “we encourage them to use the resources we provide to create meals that will be appealing to students.” The statement said that the National School Lunch Program, the School Breakfast Program, and the Child and Adult Care Food Program are fully funded through end of March.

“We understand that the current lapse in appropriations creates uncertainty for the future, but we remain hopeful that Congress will soon pass appropriations legislation that the President can sign, so that we can return to normal operations,” the spokesperson said.

Of the 29.7 million students who participate in the National School Lunch Program, 22 million had free or reduced lunch as of December, according to federal statistics.

In Vance County, students who usually get a choice of what to eat will now get the option of one entree, a piece of bread, two vegetables, one piece of fruit and milk, the district said on Facebook. Bottled water and ice cream were also cut out.

“No fresh produce will be included, except at elementary schools as part of the Fresh Fruit & Vegetable Program,” the post said. “This program will be decreased to two days each week.”

“We hope that normal lunch menus can be resumed as soon as possible once the shutdown has ended,” the post said.

School districts that want to save money can’t overdo it, however, because of USDA rules about how much they are allowed to sock away — although such federal requirements are typically tied to the promise of federal funds.

Noelle Ellerson Ng, the associate executive director of policy and advocacy at AASA: The School Superintendents Association, said the issue hasn’t sent districts on high alert yet, but she expects that could start happening later this month if the shutdown drags on.

Ellerson Ng recalled that in 2013, during the prolonged government shutdown, images of small children unable to go to Head Start centers because the schools weren’t funded went a long way toward raising awareness about how the shutdown was affecting families.

Ellerson Ng wondered if images of schools struggling to provide lunches would finally prod Congress and Trump to work out a deal to reopen the government — as hopeful as she is that it won’t get to that point.

“Maybe that’s what it would finally take to break this stubborn gridlock,” Ellerson Ng said. “But why did it take hungry kids?”

Helena Bottemiller Evich and Madina Touré contributed to this report.

Source: https://www.politico.com/story/2019/01/17/government-shutdown-victim-school-lunches-1096437
Droolin’ Dog sniffed out this story and shared it with you.
The Article Was Written/Published By: bquilantan@politico.com (Bianca Quilantan) 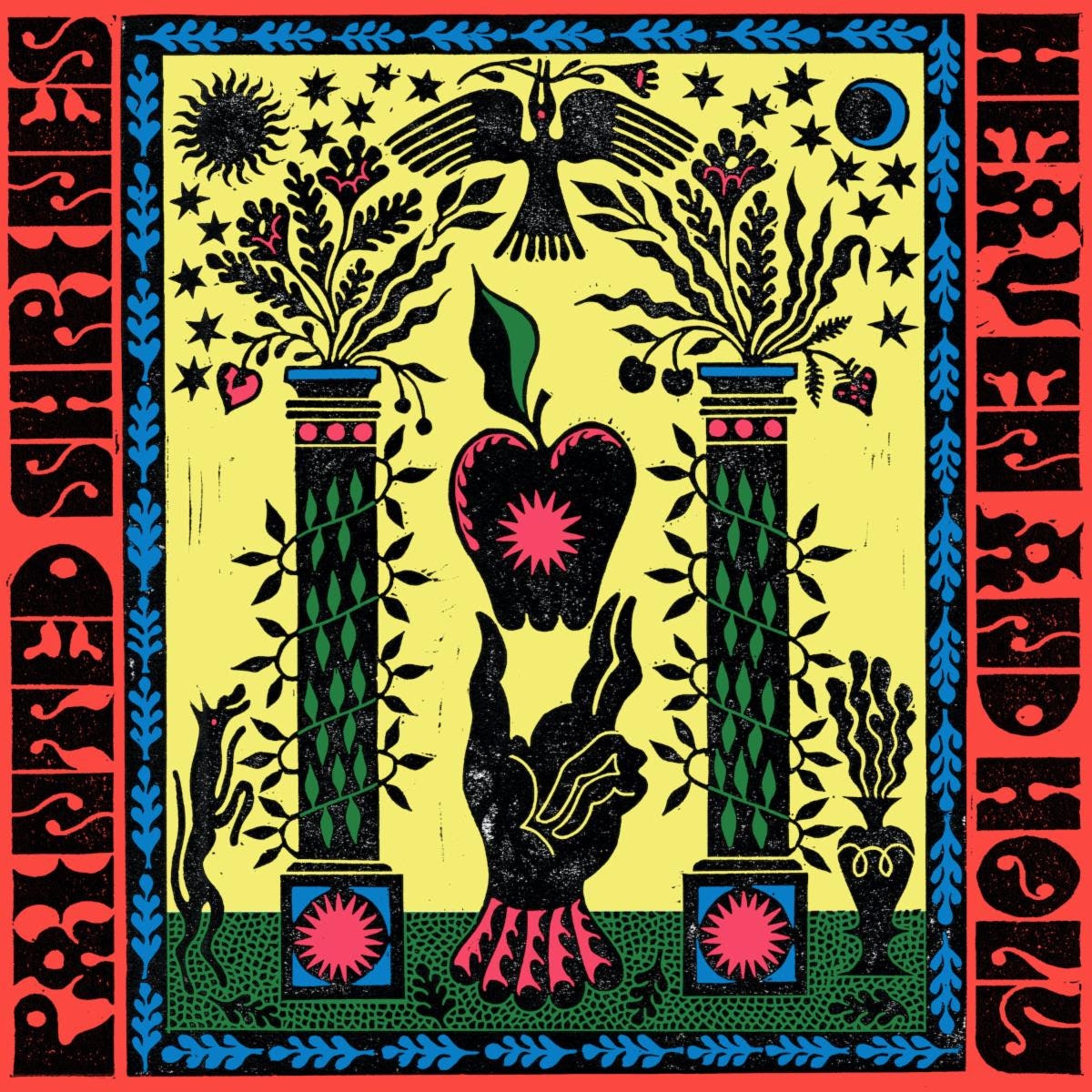 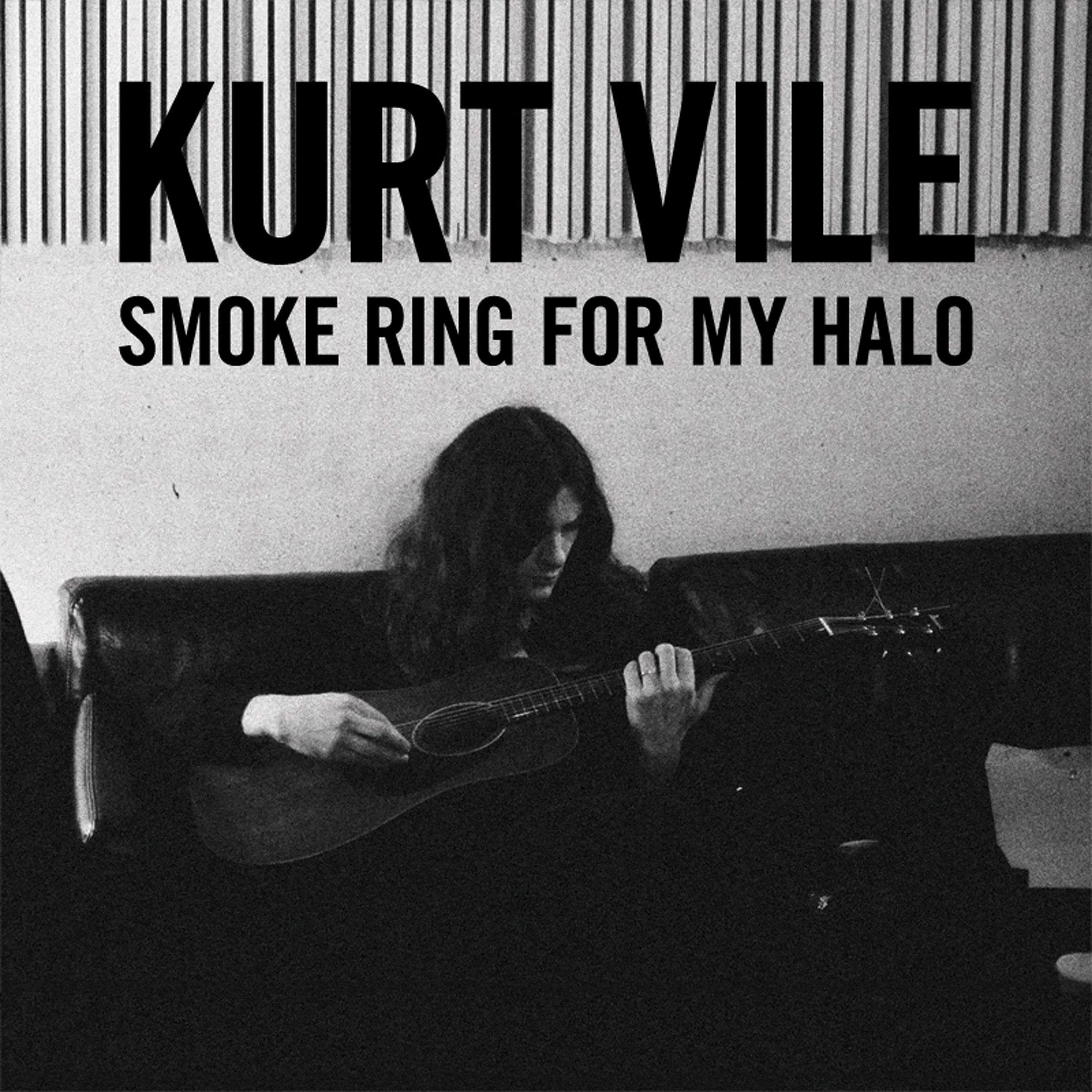 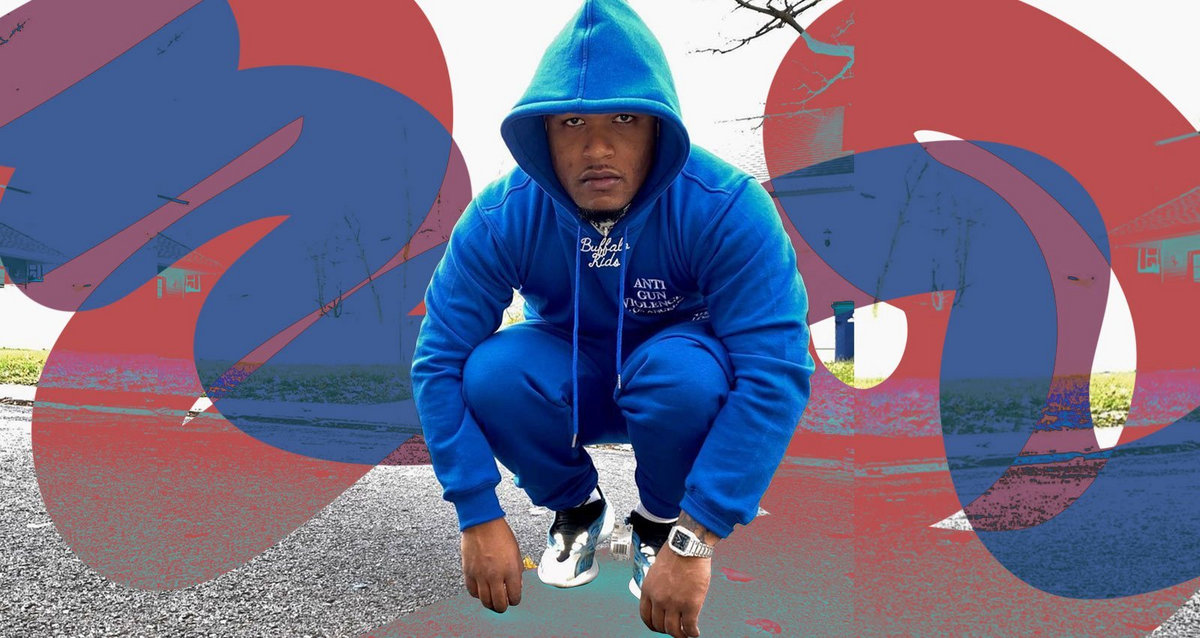 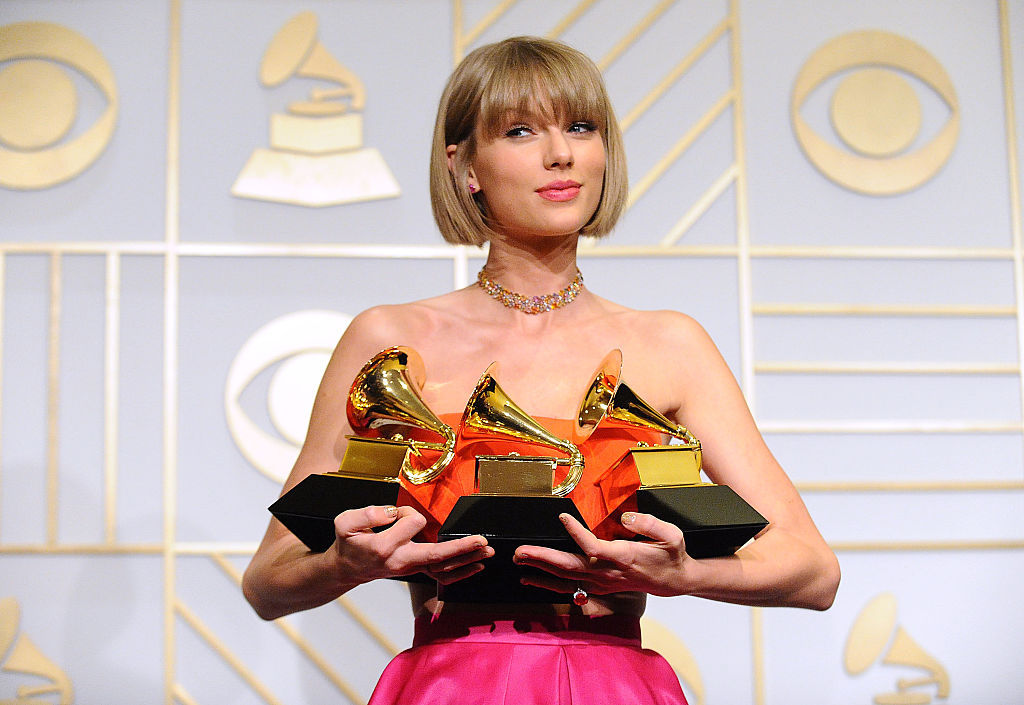