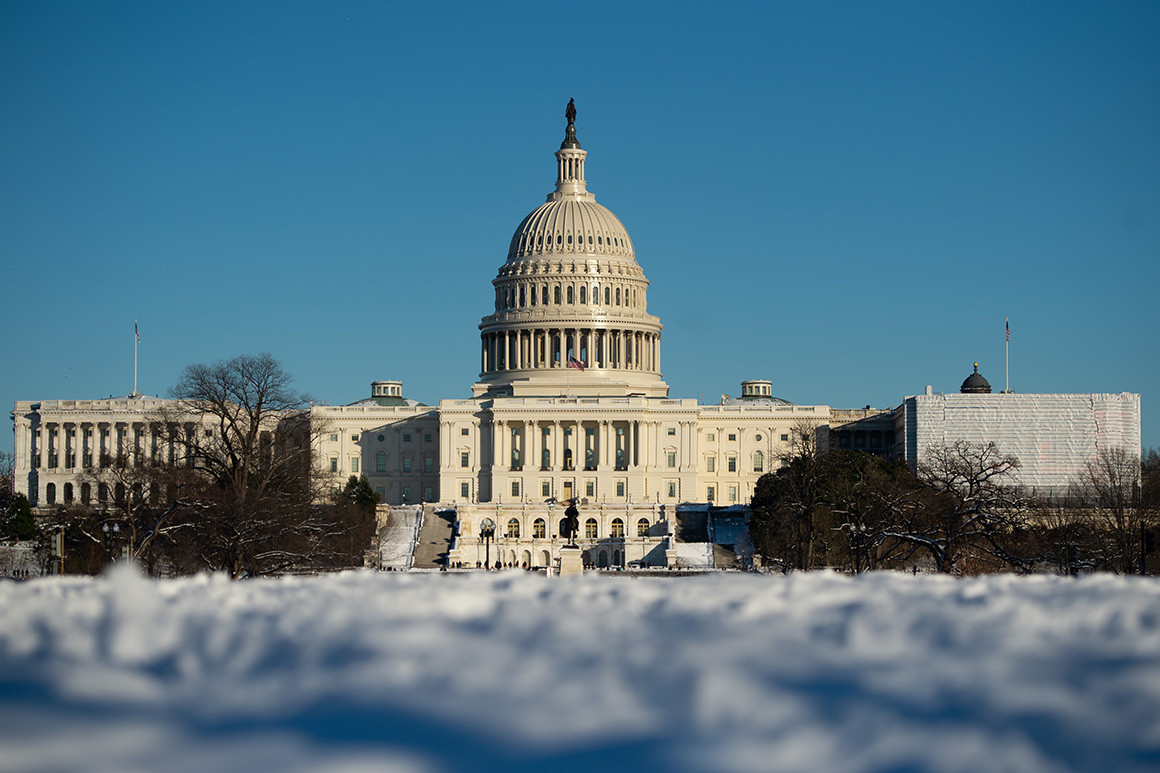 Senators in both parties are racing to deliver a letter to President Donald Trump indicating that if the government reopens they are willing to work on a border security package with the president, according to multiple people familiar with the matter.

The senators are aiming to send the letter to the president as soon as Wednesday. It would put in writing a commitment to take up his request for billions more in border security money as a condition of Trump opening the government for a short period, a gambit the president has rejected in the past.

The letter says the group is “committed to resolving our current budget stalemate by strengthening border security and ending the government shutdown,” according to a draft obtained by POLITICO. It includes an assurance that the administration $5.7 billion budget request would be taken up in the relevant congressional committees.

“We believe that such requests deserve consideration, through regular order, a process we support,” the draft letter reads, asking that the president agree to open the government up for three weeks to allow a debate “to give Congress time to develop and vote on a bipartisan agreement that addresses your request. We commit to working to advance legislation that can pass the Senate with substantial bipartisan support.”

The draft does not include a direct reference to the wall, a physical barrier that is one of the president’s top political priorities and is the genesis of the shutdown. Democrats have said they will not give more than $1.3 billion in fencing, while Trump has asked for billions more.

“We will make our best efforts following regular order in the appropriate committees and mark up bipartisan legislation relating to your request. This would include debating and voting on investments on the Southern border that are necessary, effective, and appropriate to accomplish that goal,” the draft reads.

Among the senators working on the letter are Republicans Susan Collins of Maine, Lindsey Graham of South Carolina, Lamar Alexander of Tennessee and Rob Portman of Ohio as well as Democrats Joe Manchin of West Virginia, Kyrsten Sinema of Arizona and Chris Coons of Delaware. The list of signees is not final and is still being developed, but the group is hoping to get as many as 20 senators, an equal amount in both parties, to commit to the debate.

Republicans could find themselves in an awkward place by signing on to the letter. A group of GOP senators proposed a similar option to Vice President Mike Pence and the president last week, only to see Trump reject a temporary funding bill. Trump has reasoned that this proposal could leave him with no border security increases, although the three-week timeline of the bipartisan letter would at least put real pressure on Congress to deliver and give Trump some leverage to force another shutdown if he doesn’t get his way.

“I don’t know what the latest position of the administration is or whether or not they would receive a letter favorably,” said Sen. John Thune (R-S.D.), the GOP whip. “The Dems that are signing this letter are suggesting to me that they are going to be supportive at some point of the funding for border security and the wall. And to me that seems like a positive step forward.”

He said he won’t be signing onto the letter but was supportive of what members of his caucus are trying to achieve. Leaders in both parties have been skeptical that a bipartisan gang could be successful, but it’s the only game in town since the president and Democratic leaders haven’t met about the shutdown for a week.

Senate Minority Leader Chuck Schumer (D-N.Y.) visited the House Democratic Caucus on Wednesday to urge Democrats to lobby GOP senators from their state to sign the letter, predicting some GOP senators who have previously been outspoken about the effort will join it, according to an attendee. Schumer’s lobbying could backfire: Few Republicans want to be seen as siding with the Democratic leader against the president.

Marianne Levine and Heather Caygle contributed to this report.

Source: https://www.politico.com/story/2019/01/16/senate-trump-end-shutdown-1104516
Droolin’ Dog sniffed out this story and shared it with you.
The Article Was Written/Published By: Burgess Everett