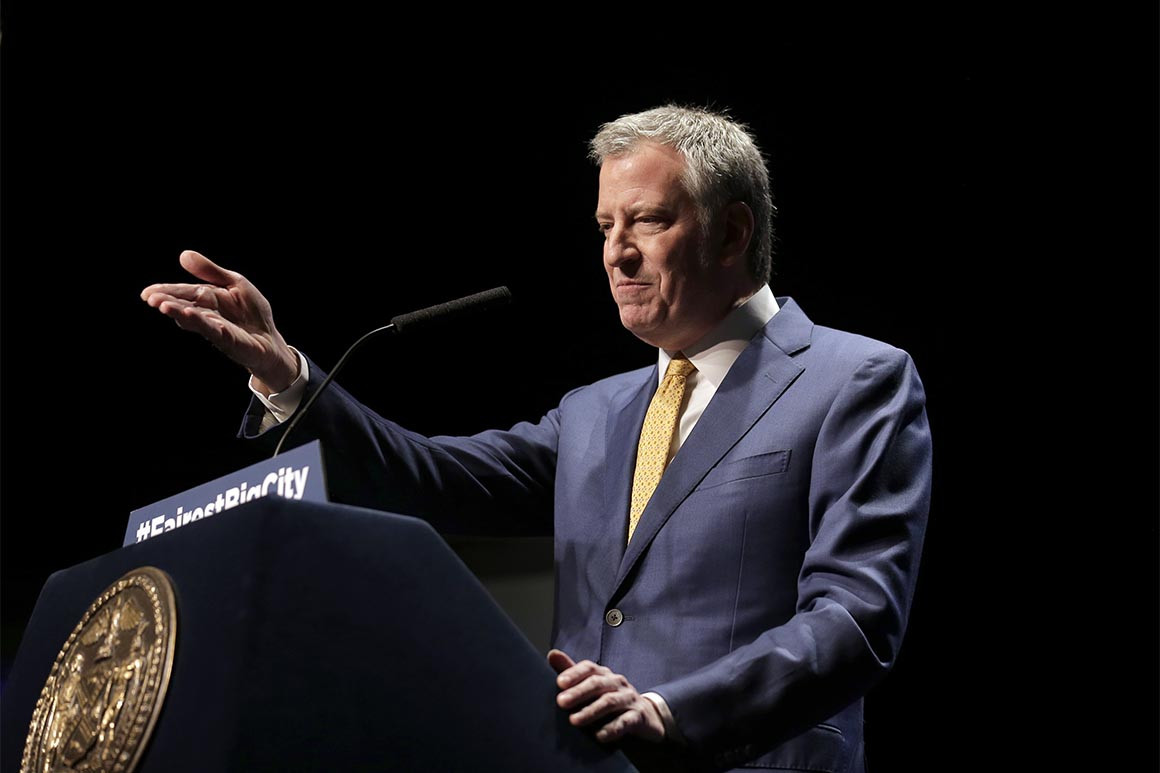 New York Mayor Bill de Blasio is staying focused on the job he currently has representing the people of New York City — but he isn’t ruling out the possibility of running for president in 2020.

“I’m focused on the job I have, but I’ve also been really clear,” de Blasio told CNN’s Jake Tapper on “State of the Union” on Sunday morning.

“I’m going to spread this message because this should be the idea of the Democratic party,” he added, referencing his recent State of the City address, in which he argued that there is plenty of money to go around, but it’s been stuck “in the wrong hands.”

De Blasio wouldn’t say whether he’d throw his hat in the ring next year, but he did say that the Democratic Party is in the midst of an identity crisis in terms of what should be the goals and values of the party.

“Listen, right now our party is going through a serious debate, and there is still a lot of moderate voices in the party that did not learn the lessons of 2016 and are not listening to what people need in this country,” he said. “So I want to push this whole party and I want to inform this debate in this country about the fact that we could go a lot farther.

“I never rule things out because you never know what life brings,” de Blasio told Tapper. “But I’m focused on the work I do now and getting out this message.”

In terms of other New York Democrats who could make a run for the Democratic nomination, he noted that there are a lot of good candidates out there, but people should stay focused on the messages and values, first and foremost.

“My point is the message and the idea that we should be talking about,” he said. “There’s not a consensus yet in our party and there is still, I think, a lack of recognition that if you have tens of millions of people hurt, we’re not speaking to them.”

De Blasio also acknowledged that, back in 2016, that was something Trump did well — acknowledging that, at least economically, “people were hurting [and] their lives were getting harder, not easier.”

It’s important for Democrats to look at what lies ahead for the next generation and where things can be improved, he said.

“The next generation’s prospects were looking worse than the one before,” de Blasio said. “And we need this party to be the party of working people again. We can’t do that if we’re afraid to say the wealthy have taken advantage of the system. The system is rigged.

“And then, tell people specific things we’ll do for them. If I say to the average American, ‘We’re going to fix the health care problem, one of the biggest expenses of your life and get you guaranteed health care, a way to have time off with your family.’ … If the Democrats stood up for something like that, it would change the entire discussion.”

Source: https://www.politico.com/story/2019/01/13/de-blasio-new-york-mayor-progressives-1098725
Droolin’ Dog sniffed out this story and shared it with you.
The Article Was Written/Published By: aweaver@politico.com (Aubree Eliza Weaver)