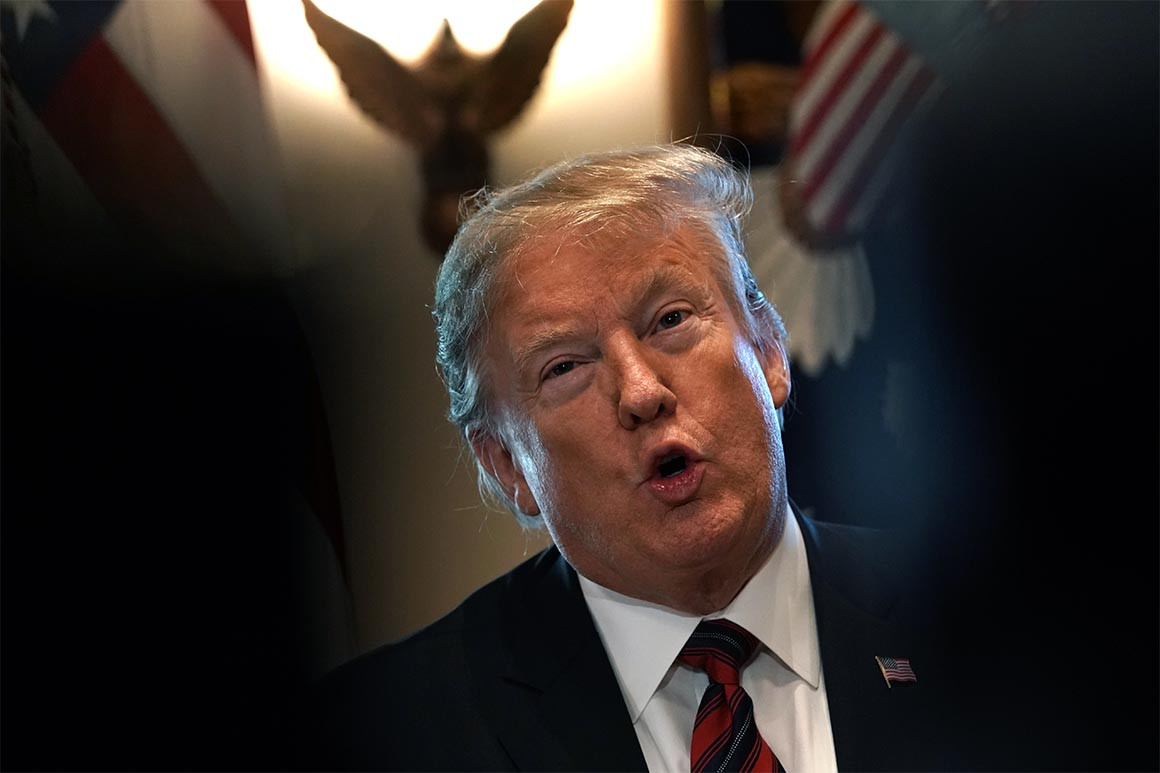 President Donald Trump said Saturday he was alone in the White House with a plan at the ready to reopen the federal government, but close White House advisers and staff said they remained in the dark about how he would end the three-week partial shutdown.

Trump was slated to spend the day speaking by phone to staff and lawmakers, one White House official said. In the meantime, it remained unclear how long he would let the longest shutdown in the nation’s history drag on or whether he planned to declare a national emergency in the coming weeks to secure the funding he has demanded for a wall at the U.S.’s southern border, according to four advisers and staff reached by POLITICO.

“No one knows what he will do, and the president has not decided yet, so it keeps everyone guessing,” said one Republican close to the White House. “This could go on another week and he could declare an emergency, or this will go on until February.”

The president did not have any public events listed on his schedule for Saturday and Sunday. With weather forecasters predicting several inches of snow in Washington, golf — one of Trump’s favorite past times — seemed out of the question.

Instead, he spent the morning tweeting about a New York Times report that the FBI had opened an investigation into whether Trump acted on behalf of Russian interests early in his presidency and insisting Democrats return to Washington to fund his long-promised border wall and re-open the government.

“I just watched a Fake reporter from the Amazon Washington Post say the White House is ‘chaotic, there does not seem to be a strategy for this Shutdown. There is no plan,’” the president tweeted. “The Fakes always like talking Chaos, there is NONE. In fact, there’s almost nobody in the W.H. but me…and I do have a plan on the shutdown.”

“Democrats should come back to Washington and work to end the Shutdown, while at the same time ending the horrible humanitarian crisis at our Southern Border,” he wrote. “I am in the White House waiting for you!”

Inside the White House, a handful of staff, including senior adviser Stephen Miller, have pushed the idea of using a national emergency to go around Congress and fund a border wall since early in Trump’s presidency, said one former senior administration official.

But top attorney Pat Cipollone and other administration lawyers have been uncertain whether the president had established enough of a legal basis to go that route. Some Republican lawmakers and conservatives also have expressed wariness about pushing the boundaries of executive authority to that extent.

The fear is that such a move would allow future presidents, including Democrats, to lean on Trump’s example and declare national emergencies to fund all sorts of pet policy projects on everything from health care to climate change. And Trump’s advisers were unsure of the political ramifications of diverting money from disaster relief projects in places like Puerto Rico, one option the administration has explored.

“That’s always been an idea, as the White House has thought about additional authorities the president can use,” said the former senior administration official. “But I don’t think they should go for that exit ramp. They should see whether they can break up Pelosi’s conference and see if they can work out something with them.”

Democrats, however, have remained firm that they would not give the president any additional money to build a border wall. Instead, they have tried to embarrass the White House in recent days, emphasizing the plight of thousands of federal workers who missed their first paycheck Friday.

The administration has tried to alleviate some of the shutdown pain by promising to fund food stamps and send out tax refunds even as the agencies that oversee both programs remain closed.

On Friday, a senior Office of Management and Budget official told POLITICO the agency was also working closely with payroll providers to try to get federal workers checks as soon as possible — a move that suggested the administration was starting to feel pressure politically.

“We expect that once appropriations are available and time and attendance is submitted, employees will receive a paycheck for all excepted work as soon as possible (within 2-4 business days),” the official said. “When legislation is passed for back pay, furloughed employees would likely receive a paycheck on the same schedule.”

Source: https://www.politico.com/story/2019/01/12/trump-government-shutdown-plan-1098681
Droolin’ Dog sniffed out this story and shared it with you.
The Article Was Written/Published By: ncook@politico.com (Nancy Cook)