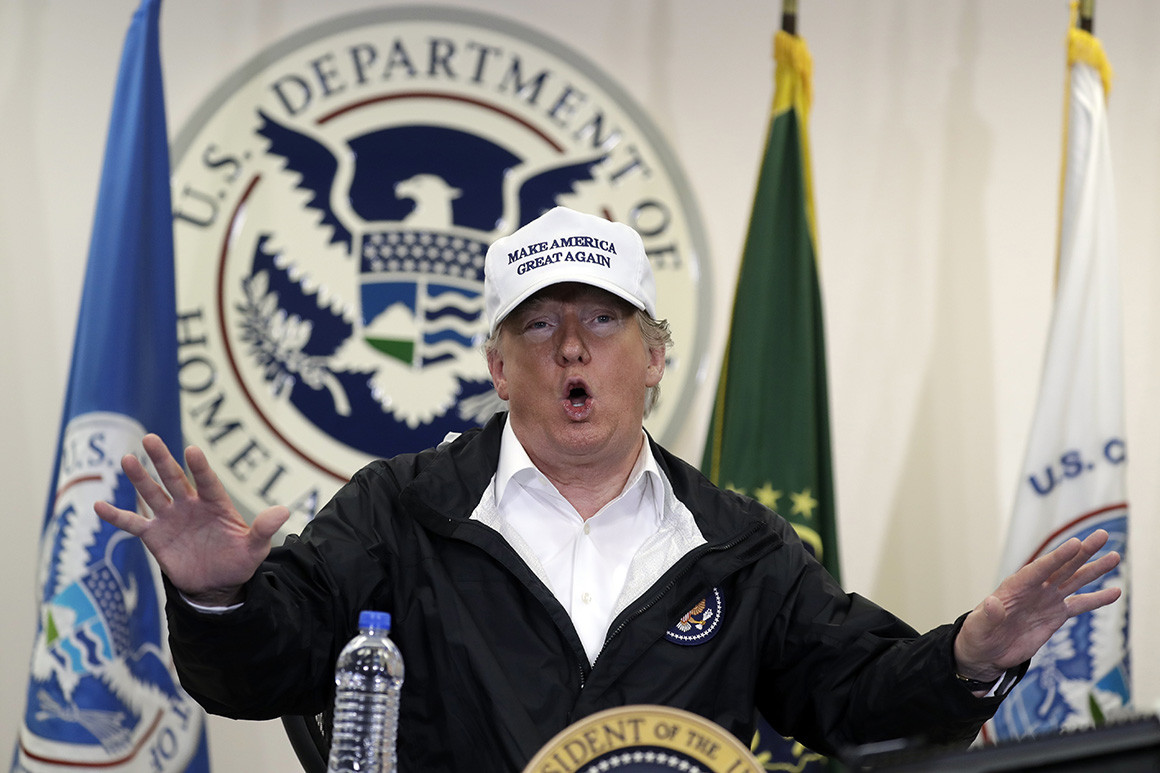 President Donald Trump on Friday claimed there is an “invasion” and “humanitarian crisis” along the southern border, as the government shutdown has stretched into its 21st day and as Trump weighs declaring a national emergency to secure funds for his border wall.

“Humanitarian Crisis at our Southern Border. I just got back and it is a far worse situation than almost anyone would understand, an invasion! I have been there numerous times – The Democrats, Cryin’ Chuck and Nancy don’t know how bad and dangerous it is for our ENTIRE COUNTRY….” he wrote in a tweet.

Trump visited McAllen, Texas, on Thursday, where he held a roundtable to discuss the border wall and toured an area near the Rio Grande River on the U.S.-Mexico border.

Congress is currently at a standstill as Trump refuses to back off his demand for $5.7 billion to fund his wall, which Democrats have refused to do. Trump has said he will declare a national emergency to secure the funds if Congress cannot find a compromise that would both finance the wall and reopen the government.

In a second tweet, the president said that a “Steel Barrier, or Wall, should have been built by previous administrations long ago.”

“They never got it done – I will. Without it, our Country cannot be safe,” the president tweeted. “Criminals, Gangs, Human Traffickers, Drugs & so much other big trouble can easily pour in. It can be stopped cold!”

Trump has consistently made exaggerated or false claims about illegal immigration and border security throughout his plea for a border wall.

Source: https://www.politico.com/story/2019/01/11/trump-invasion-border-crisis-1097589
Droolin’ Dog sniffed out this story and shared it with you.
The Article Was Written/Published By: rmorin@politico.com (Rebecca Morin)