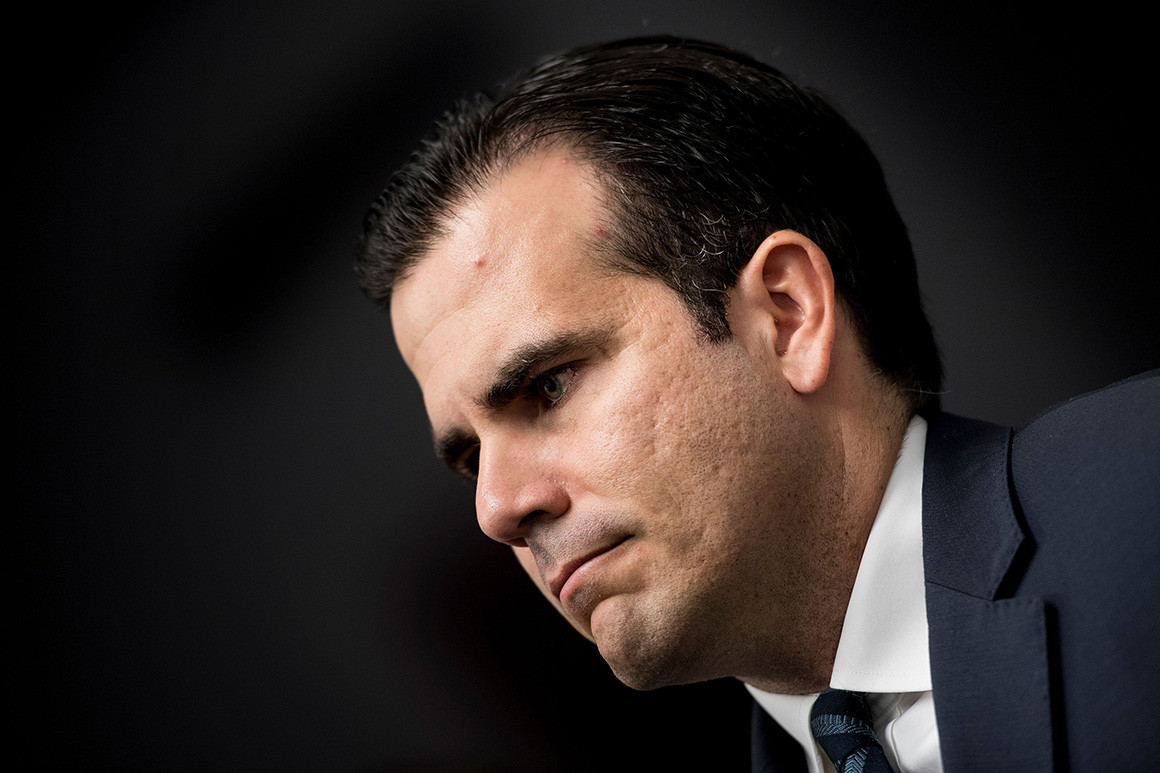 Puerto Rico Gov. Ricardo Rossello on Friday ripped reports that President Donald Trump could declare a national emergency and order the military to divert disaster aid money in order to fund a wall along the U.S. Mexico border, declaring that there could be “no justification” for such a move.

NBC News reported on Wednesday that Trump had been briefed on a plan that would dip into funding set aside by the Army Corps of Engineers for projects that included recovery from natural disasters in places like California and Puerto Rico, citing “three U.S. officials familiar with the briefing.”

Rossello on Friday demanded that Trump clarify his intentions, asking in a series of tweets whether Trump would “support the rebuild of PR, CA, TX, USVI and others, or undermine it.”

“No wall should be funded on the pain and suffering of US citizens who have endured tragedy and loss through a natural disaster,” he said, adding: “Today it’s us, tomorrow it could be you.”

The source of funding for the president’s proposed border wall has been up in the air since he launched his bid for president in 2015 with a pledge that the Mexican government would pay for his promised wall. The issue has taken center stage though in recent weeks as the driving force behind a partial government shutdown on the verge of becoming the longest in U.S. history.

Shutdown negotiations between the White House and congressional Democrats have thus far ground to a halt with neither side willing to concede on wall funding. The impasse has prompted the president to weigh declaring a national emergency at the nation’s southern border, a legally dubious move that would allow him to bypass Congress and access military resources to finance and construct the wall. Such a move would almost certainly face stiff legal challenges.

According to NBC News, if Trump were to go through with the plan to divert money from the Army Corps, he would be able to use more money to build more miles of wall than under his existing request to congress, which is $5.7 billion to construct 234 miles.

Trump has been criticized for its lackluster response to natural disasters in places like Puerto Rico and California in particular, where Hurricane Maria and a wave of wildfires, respectively, have left wide swaths of destruction. Earlier this week, Trump threatened to yank FEMA dollars for California, accusing the state for poor forest management, even though FEMA is currently hamstrung by the shutdown.

Rossello argued that not only should Trump dismiss the plan to divert money from reconstruction efforts, he should provide even more money for those initiatives, pleading with the president that he not “tear down U.S. citizens in order to build a wall” and “help the USA rebuild.”

He added: “This is a classic case of choosing between obstruction and construction. Which side are you on @realDonaldTrump?”

Source: https://www.politico.com/story/2019/01/11/puerto-rico-governor-trump-funding-1097182
Droolin’ Dog sniffed out this story and shared it with you.
The Article Was Written/Published By: coprysko@politico.com (Caitlin Oprysko)