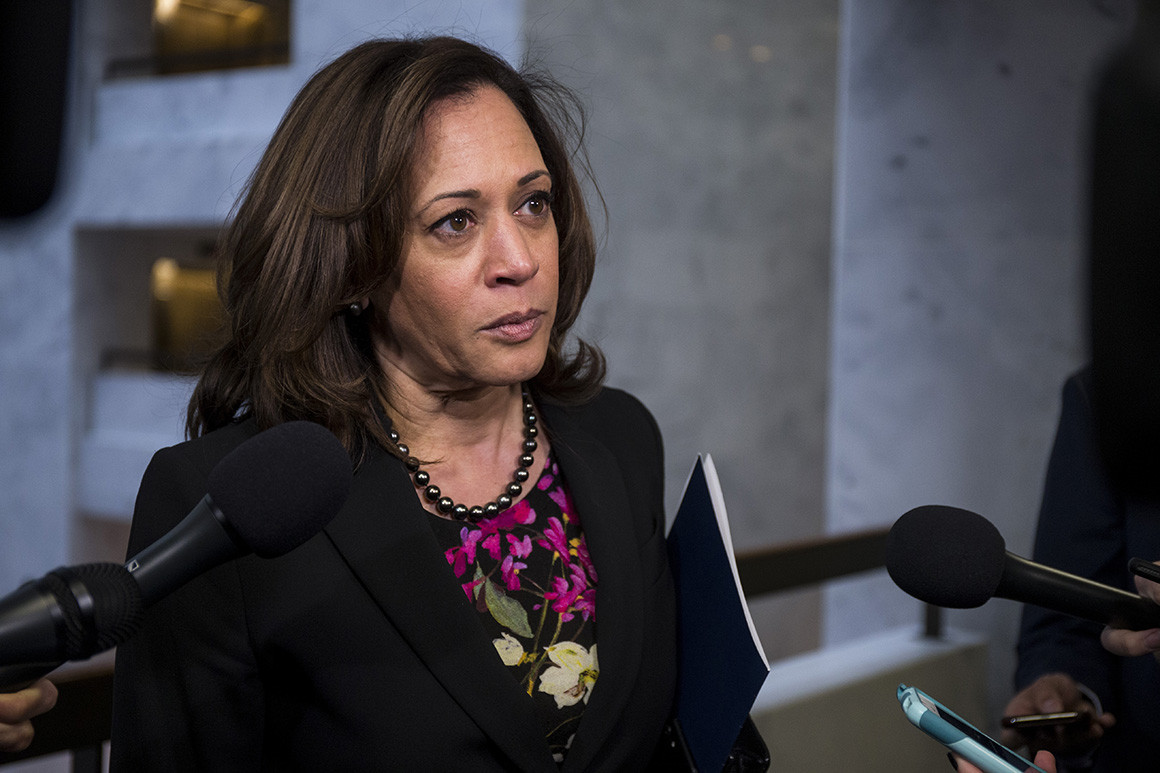 Sen. Kamala Harris insisted Thursday that the ongoing government shutdown, now in its 21st day, “will not end with a wall,” ruling out the border security measure that President Donald Trump has demanded as a prerequisite for his signature on any government funding legislation.

Harris (D-Calif.) appeared on CBS’s “The Late Show with Stephen Colbert” on Thursday to promote her new book, where the host asked the California senator — who said she “might” run for president — how she sees the partial shutdown ending in light of negotiations being at a stalemate.

The White House and congressional Democrats have remained at an impasse since before Christmas over President Donald Trump’s demands for $5.7 billion to build a wall on the U.S.-Mexico border, driving a quarter of the federal government into a shutdown that is poised to become the longest in U.S. history if it extends past Friday. Over half a million federal employees will miss their first paychecks Friday due to the shutdown, which Harris said was already taking a toll.

“As it is right now, each day that these folks have not been paid, each day that they’re not performing their jobs there’s already harm that’s been done, so let’s be clear about that,” she argued. “This has already been something that is hurtful and harmful to the American people.”

Trump has railed against congressional Democrats for their opposition to the wall, claiming that they are resisting his demands to better position themselves to challenge him for the White House in 2020. Democrats have rebuffed those charges and accused Trump of holding government operations hostage in order to make good on a campaign promise from 2016, when he guarantueed that the Mexican government would pay for the wall.

Despite Harris’ vow to stand firm on not delivering Trump one of his signature campaign promises, which she has referred to repeatedly as a “vanity project,” the White House is looking into options to bypass Congress with a declaration that the situation on the southern border is a national emergency. Harris said Thursday such a move would be an “improper” use of executive authority and would face a slew of legal challenges.

Source: https://www.politico.com/story/2019/01/11/kamala-harris-government-shutdown-border-wall-1096930
Droolin’ Dog sniffed out this story and shared it with you.
The Article Was Written/Published By: coprysko@politico.com (Caitlin Oprysko)