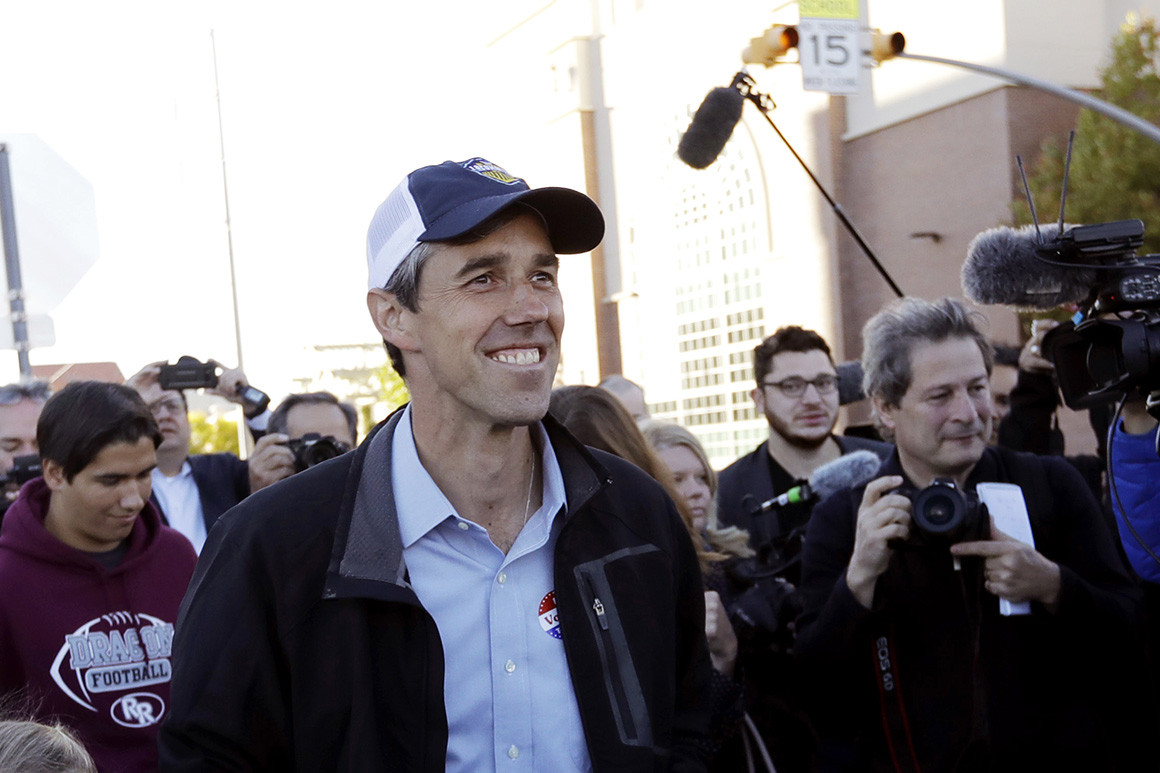 Thus began Beto O’Rourke’s latest dispatch from El Paso, Texas, where the potential presidential contender filmed himself in a green bib — and with dental tools in his mouth — talking with his dental hygienist about life on the U.S.-Mexico border.

“Love me some Beto but this is self-parody territory,” tweeted Ana Marie Cox, founding editor of the political blog Wonkette.

But the dentist visit was in keeping with O’Rourke’s practice of livestreaming virtually anything — and, more recently, of focusing attention on the lives of people living along the U.S.-Mexico border.

Introducing viewers to Diana, his dental hygienist, O’Rourke asked her what she wanted people to know about the border, as President Donald Trump continues to press for funding for a border wall.

“It’s a beautiful community,” the woman said. “We all support each other. We love each other. And it’s not what everybody else thinks badly about us. It’s actually a wonderful place to live and grow up.”

“We’re going to continue our series on the people of the border. I’m here with Diana, my dental hygienist.”

O’Rourke, a former three-term congressman, is preparing for a potential presidential campaign, while eschewing the traditional courtship of donors and Democratic activists in early primary states.

He has made immigration a central focus of his criticism of Trump. Earlier this week, he filmed himself on Facebook Live for about 75 minutes, visiting friends’ homes and sharing scenic views of the El Paso and Juárez, Mexico, skylines.

Source: https://www.politico.com/story/2019/01/10/dentist-beto-orourke-social-media-1096173
Droolin’ Dog sniffed out this story and shared it with you.
The Article Was Written/Published By: dsiders@politico.com (David Siders)