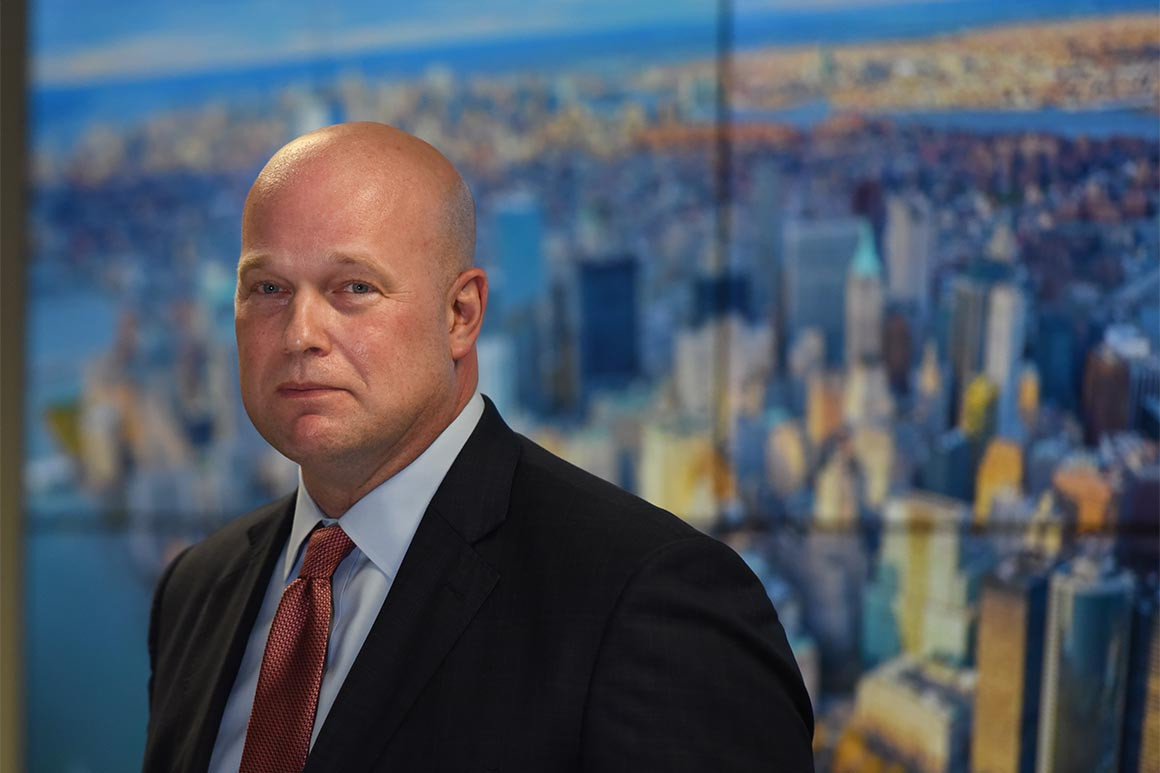 The Justice Department is trying to delay acting Attorney General Matthew Whitaker from delivering testimony to the new Democratic-led House until next month, potentially pushing his high-profile appearance until after a permanent replacement has already been confirmed, according to two sources familiar with the situation.

Whitaker had initially committed to Democratic leaders that he’d give testimony in January to the House Judiciary Committee. But those plans have since stalled, with Justice Department officials citing the ongoing government shutdown and Whitaker’s busy travel schedule as reasons for pushing back the hearing, the sources said.

House Democrats have been pressing for public answers from Whitaker since November about his role overseeing special counsel Robert Mueller’s investigation following the resignation of Attorney General Jeff Sessions. In a phone call that month, Whitaker told Reps. Jerry Nadler (D-N.Y.) and Elijah Cummings (D-Md.) he would follow “all the regulations, policies and procedures” governing Mueller’s inquiry, and promised to testify when the Democrats officially took control of the House.

But scheduling the Whitaker hearing hasn’t been so easy.

Justice Department officials asked for a delay of the hearing until mid- or late February, telling the Democrats that they’d been short-staffed because of the government shutdown that started Dec. 22, as well as Whitaker’s travel out of Washington.

A shift in the hearing timeline could ultimately make Whitaker’s testimony less relevant if President Donald Trump’s nominee to serve as attorney general, William Barr, is already confirmed by the Senate by then. The Senate Judiciary Committee is scheduled to hold two days of confirmation hearings for Barr on Jan. 15 and 16.

If confirmed, Barr is expected to take over from Whitaker as the lead supervisor of Mueller’s investigation into whether the Trump campaign conspired with Russia to win the 2016 presidential election.

Democrats upset about the Justice Department’s delay with Whitaker have been considering a subpoena to force his appearance, figuring they will have only a limited window to ask questions about why he got the job, how he decided against a recusal from overseeing the Mueller probe and any moves he has made involving the investigation.

But the Democrats also are debating whether to make such a provocative move against the Trump administration one of their first formal orders of business since taking control of the House last week.

For now, Democrats plan to make a potential Whitaker subpoena their main item of discussion when the Judiciary Committee holds its organizational meeting for the new Congress. That session could come later this week once the congressional leadership announces which lawmakers will be seated on the powerful panel, which has jurisdiction over the Justice Department and would be the primary venue for any impeachment proceedings against Trump.

Congressional Republicans clearly have no interesting in hauling Whitaker to Capitol Hill.

In an interview last week, Rep. Doug Collins of Georgia, the new ranking Republican on the House Judiciary Committee, said it was essentially pointless for Whitaker to appear because he is on his way out the door. Collins argued that the Senate confirmation process to replace Sessions is already underway — and that Whitaker’s testimony is irrelevant.

“At this point in time, it goes to show that the Democrats are just trying to chase rabbits down a hole” if they subpoena him, Collins said. “The confirmation process has started in the Senate for a new attorney general. I think that’s where we need to focus.”

While Collins had no criticism for Whitaker, some other Republican lawmakers have raised concerns that Whitaker could be an embarrassment for the party should he appear, and have signaled they’d prefer that he stay away.

Whitaker’s appointment in November drew bipartisan criticism, and led to questions about his qualifications and whether he’d limit the Mueller investigation or bury its findings. As a frequent guest on talk radio and cable television before joining the Justice Department, Whitaker was critical of the Russia inquiry and invoked Trump’s “witch hunt” moniker to characterize the investigation.

A defense attorney working with a client in the Russia investigation said Whitaker would be in for a rough time if he were to appear before the House panel.

“They’ll have some fun with him, but he’s a short-timer,” the lawyer said.

Citing the department’s “skeletal staff,” a Justice Department spokeswoman declined to comment when asked Monday about Whitaker’s plans for appearing before the House panel.

Source: https://www.politico.com/story/2019/01/07/matthew-whitaker-testify-congress-doj-1086051
Droolin’ Dog sniffed out this story and shared it with you.
The Article Was Written/Published By: rbade@politico.com (Rachael Bade)