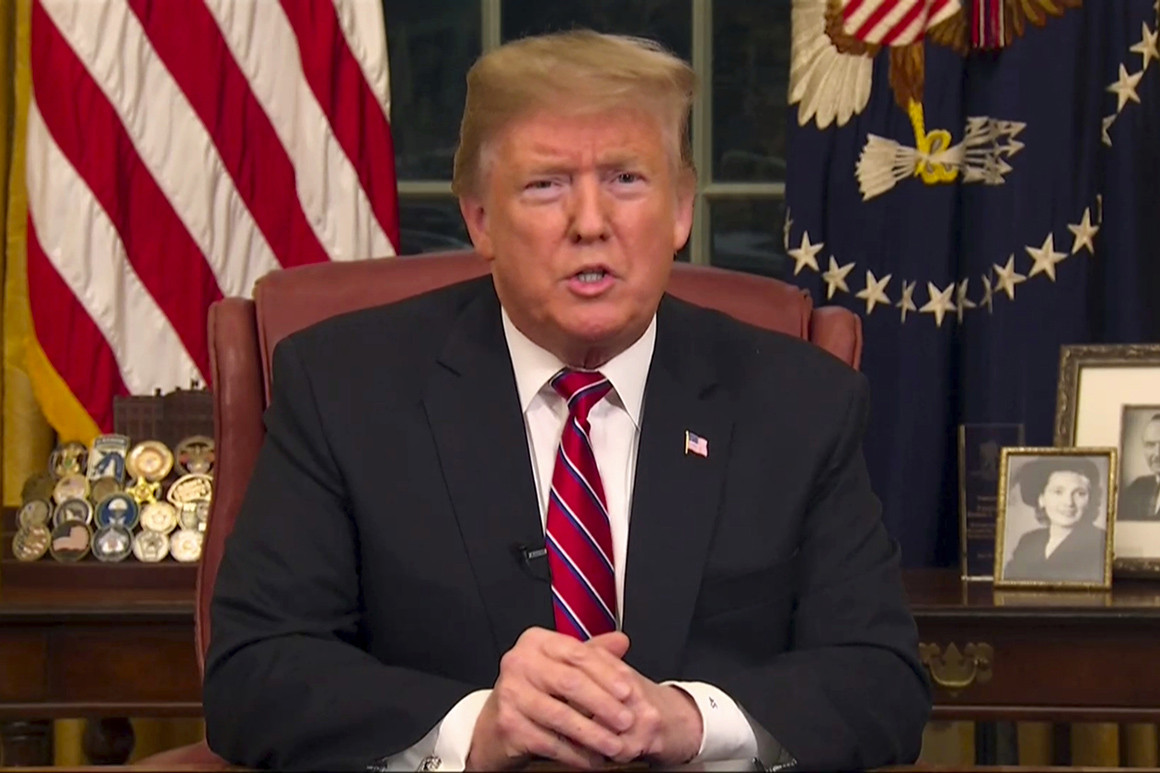 The speech, intended to win political support for Trump’s proposed $5.7 billion wall along the southern border, came as a partial shutdown of the federal government over the matter stretched into its third week, with affected government employees expected to miss their first payday on Friday.

Here are some of the untruths and distortions in Trump’s speech, most of which he’s uttered before.

“I am speaking to you because there is a growing and humanitarian and security crisis at our southern border. Every day Customs and Border Patrol agents encounter thousand of illegal immigrants trying to enter our country. We are out of space to hold them and we have no way to promptly return them back home to their country.”

The notion that the number of border crossings represent a “crisis” is not true. The number of people caught crossing at the border (the standard metric for determining the volume of illegal crossings generally) remains below annual levels under President Barack Obama and far below the high levels of the 1990s and early 2000s. Border Patrol arrested 396,579 people at the U.S. Mexico border in fiscal year 2018. The agency arrested an average of 400,751 people per year over the previous decade.

“Over the years, thousands of Americans have been brutally killed by those who illegally entered our country.”

That distorts the truth. Several studies show that immigrants are less likely to commit crimes than native-born Americans. A June 2018 report by the libertarian Cato Institute found that legal immigrants were roughly one-fifth as likely to be incarcerated as native-born Americans. Undocumented immigrants were half as likely to be incarcerated, according to the report, which drew on 2016 data from the American Community Survey. Do undocumented immigrants commit crimes? Of course — but at lower rates than their native-border counterparts.

“The wall would also be paid for indirectly by the great new trade deal we made with Mexico.”

That’s not true. Trump vowed during his presidential campaign that Mexico would pay for the construction of a wall on the U.S.-Mexico border, but Mexico has refused to pay. The president now insists that Mexico will pay for the project through a renegotiated NAFTA agreement known as the USMCA. The deal still needs congressional approval and isn’t yet in effect, but even if it were in effect, any economic gains from the deal would go to private individuals and companies, not the U.S. Treasury.

Source: https://www.politico.com/story/2019/01/08/fact-check-trumps-speech-on-the-border-crisis-1069539
Droolin’ Dog sniffed out this story and shared it with you.
The Article Was Written/Published By: thesson@politico.com (Ted Hesson)