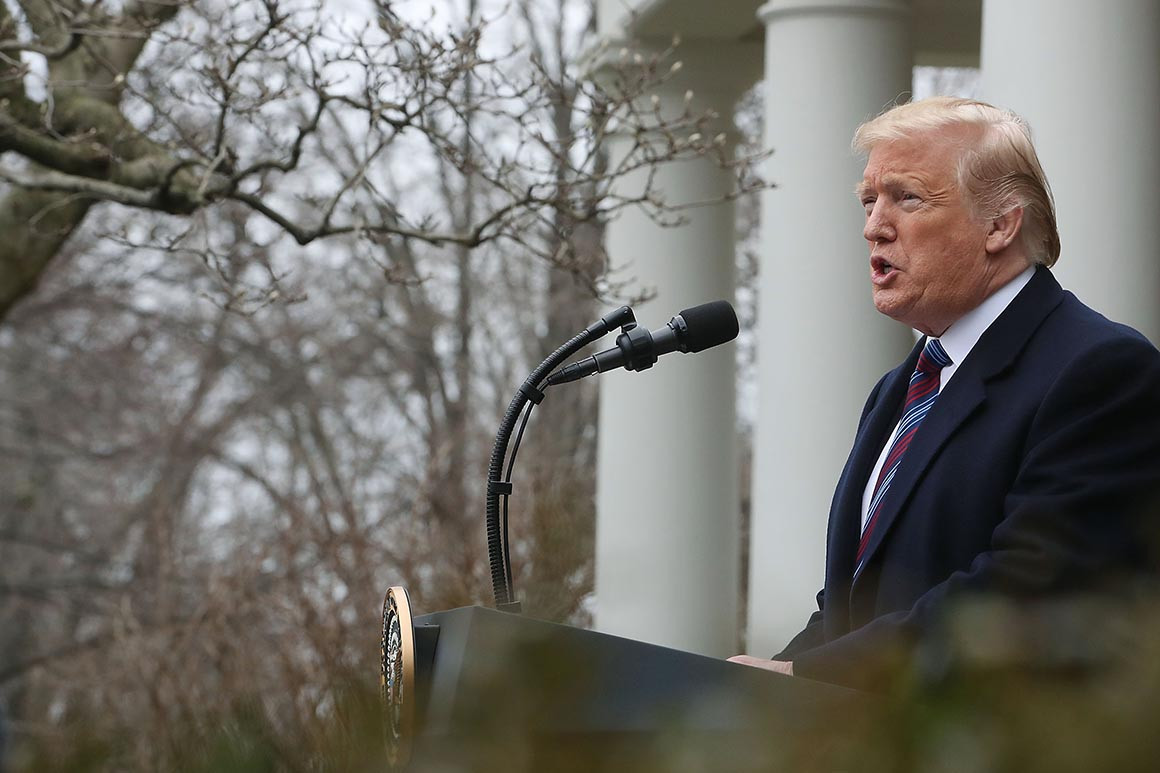 President Donald Trump claimed without evidence on Friday that past presidents have privately confided to him that they regret not building a wall along the U.S.-Mexico border.

But at least three of the four living U.S. presidents — Bill Clinton, George W. Bush and Barack Obama — did no such thing.

Asked if Clinton told Trump that he should have built a border wall, Clinton spokesman Angel Ureña said, “He did not. In fact, they’ve not talked since the inauguration.”

Bush spokesman Freddy Ford also said the two men had not discussed the matter. And Obama, for his part, has not spoken with Trump since his inauguration, except for a brief exchange at George H.W. Bush’s funeral in Washington, D.C.

Obama has consistently blasted Trump’s pledge to build a border wall. “Suggesting that we can build an endless wall along our borders, and blame our challenges on immigrants — that doesn’t just run counter to our history as the world’s melting pot, it contradicts the evidence that our growth and our innovation and our dynamism has always been spurred by our ability to attract strivers from every corner of the globe,” he said in 2016.

Spokespeople for George H.W. Bush, who died in November, and Jimmy Carter did not immediately respond to requests for comment. An Obama spokesperson declined to comment.

Since taking office, Trump has had little contact with past presidents, even his Republican predecessors. Some in the Bush family, for example, have privately signaled their distaste for him and Trump did not attend the funeral for former first lady Barbara Bush last April.

The White House did not respond to a request for an explanation of Trump’s remarks, which came during a lengthy appearance in the Rose Garden in which he insisted he won’t reopen the government until Democrats relent and approve more than $5 billion for the wall.

“This should have been done by all of the presidents that preceded me and they all know it,” Trump said. “Some of them have told me that we should have done it.”

Trump has a long track record of exaggerating, embellishing or outright not telling the truth. Fact-checkers have identified thousands of false claims since Trump took office.

“I think it’s well-known that the incumbent president is very careless with the truth,” former president Carter said last year in an interview with CBS News.

“I think I went through my campaign and my presidency without ever lying to the people or making a deliberately false statement, and I think that would be a very worthwhile thing to reinsert into politics these days,” he added.

Hundreds of miles of border fencing already exist along parts of the border with Mexico. Some of the border fencing dates back to the 1990s. More was built following the passage of a 2006 border security bill signed by then-President George W. Bush. The construction of that border fence stretched into the Obama administration.

Source: https://www.politico.com/story/2019/01/04/trump-former-presidents-border-wall-1082562
Droolin’ Dog sniffed out this story and shared it with you.
The Article Was Written/Published By: arestuccia@politico.com (Andrew Restuccia)