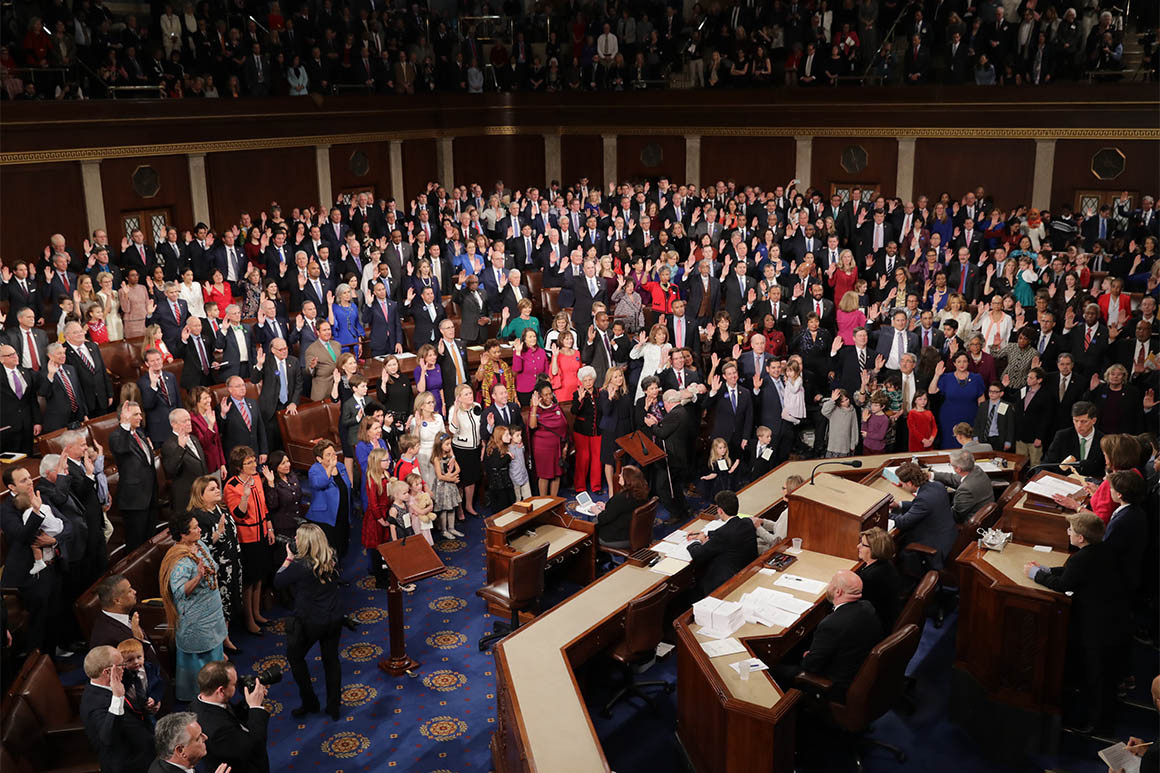 A slew of congressional lawmakers are vowing to decline their paychecks in a show of solidarity with federal employees affected by the partial government shutdown that stretched Saturday into its third week.

Several House members have submitted letters to the chamber’s chief administrative officer requesting that their pay be withheld until Democrats and Republicans broker a compromise to end the partisan funding battle set off by President Donald Trump’s demand for a wall along the U.S.-Mexico border. Government workers will miss their first round of payments as a result of the shutdown on Jan. 11.

“I do not believe it is appropriate for members of Congress to be paid during a lapse in appropriations while hardworking border security agents and other civil servants are furloughed,” wrote Rep. Mark Green (R-Tenn.).

Rep. Vern Buchanan (R-Fla.) dubbed the shutdown “yet another sad example of Washington’s dysfunction and inability to compromise,” and House Freedom Caucus Chairman Mark Meadows (R-N.C.) wrote that he would not collect his salary “as long as our border security agents, air traffic controllers and TSA agents are not paid and their families not supported.”

“It is troubling that the White House and Congressional leaders are allowing partisan gridlock to get in the way of funding our government and preventing a shutdown yet again,” O’Halleran said in a statement.

Various senators also said they would not collect taxpayer dollars as the stalemate drags on, and announced plans to donate their earnings to various charities and non-profit organizations.

Sen. Richard Blumenthal (D-Conn.) pledged his payment to Homes for the Brave, an organization focused on combating homelessness among veterans, while Sen. Mazie Hirono (D-Hawaii) said she would be gifting her salary to food banks across her home state.

President Donald Trump on Friday issued an executive order canceling across-the-board pay raises for government workers in 2019, and the Office of Personnel Management announced it would be halting planned increases for Vice President Mike Pence and hundreds of other administration officials.

Source: https://www.politico.com/story/2019/01/05/lawmakers-refuse-payment-government-shutdown-2019-1082572
Droolin’ Dog sniffed out this story and shared it with you.
The Article Was Written/Published By: qforgey@politico.com (Quint Forgey)