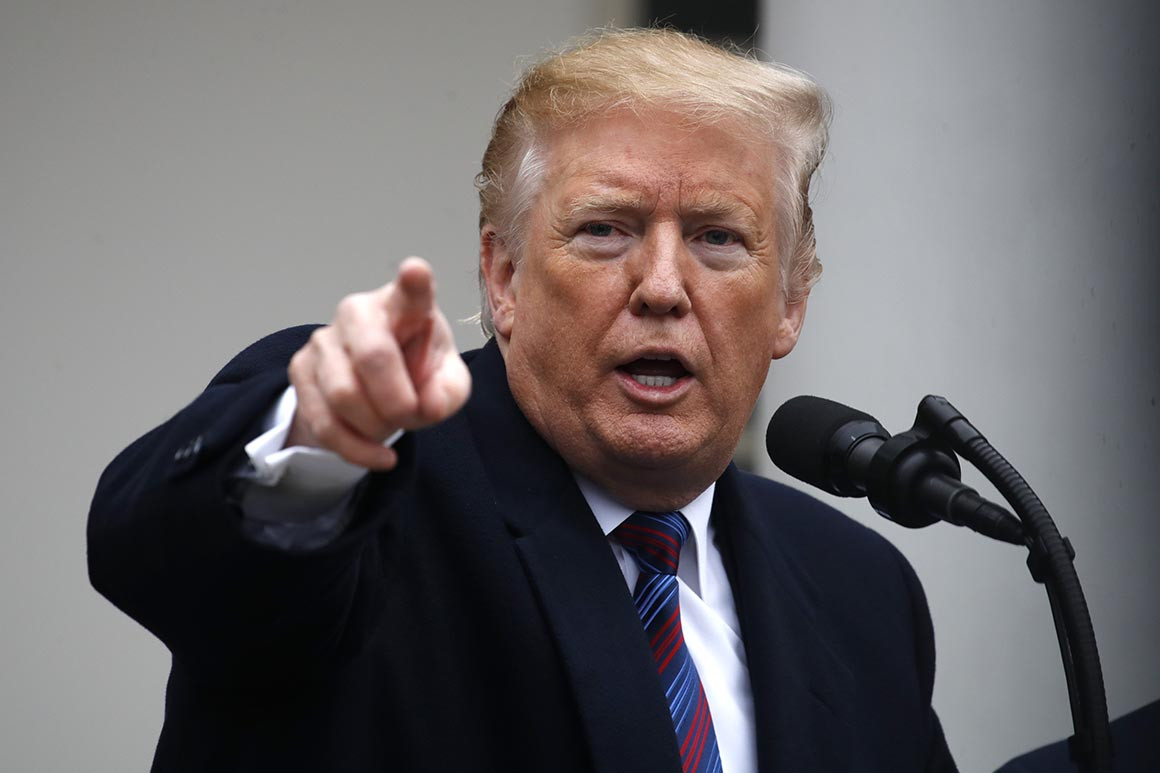 President Donald Trump said on Friday that he would consider using emergency powers to bypass Congress in building a wall on the southern border.

Trump made the remarks shortly after meeting with congressional leaders to try to resolve a two-week partial government shutdown prompted by Trump’s demands for more than $5 billion for physical border barriers. House Speaker Nancy Pelosi has repeatedly said Democrats, who have the majority in the House as of Thursday, would not grant the president any additional money for the wall.

But Trump said he could call a national emergency and go around Congress altogether.

“Absolutely, we could call a national emergency because of the security of our county,” Trump told reporters in the Rose Garden when asked if he was considering such an option. “I haven’t done it. I may do it.”

Trump repeated during the news conference his common refrain that undocumented immigration poses an existential crisis for the country, and his consideration of a national emergency declaration continues in that strain. Many observers, however, have pointed out that illegal border crossings have dramatically declined since the early 2000s.

ABC News first reported before the news conference that Trump had been weighing the idea of using a national emergency to force through border wall funding.

Still, Trump said he would prefer to negotiate a solution with Democrats in Congress before declaring such a drastic measure.

When asked by a reporter if he would use the specter of a national emergency declaration to threaten Democrats, he said, “I never threaten anybody, but I am allowed to do it.”

Source: https://www.politico.com/story/2019/01/04/trump-national-emergency-border-wall-1081666
Droolin’ Dog sniffed out this story and shared it with you.
The Article Was Written/Published By: Matthew Choi