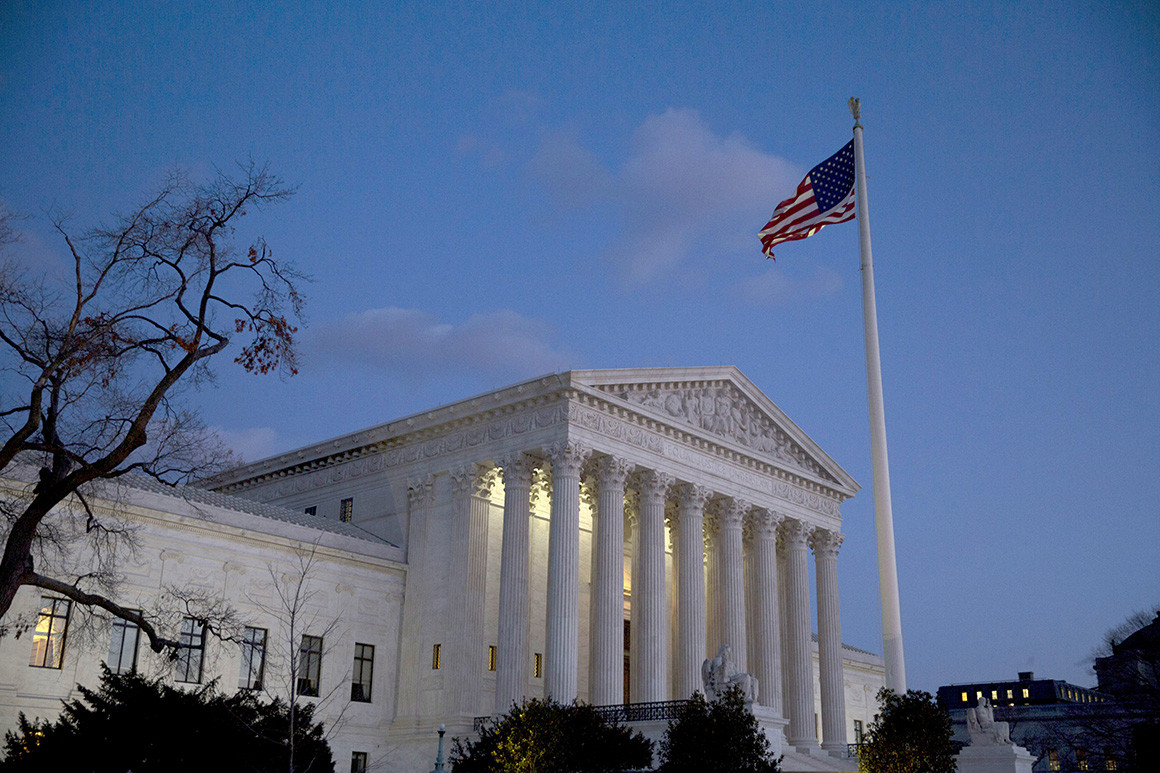 The Supreme Court will grapple with the legality of partisan gerrymandering in March when it hears arguments challenging congressional-district maps in two states.

The court announced Friday it would consider cases from Maryland and North Carolina after lower federal courts threw out the congressional maps in both states, ruling that they were so gerrymandered to favor one party that they violated the constitutional rights of voters. The high court will consider whether to uphold those rulings and order new maps drawn for the 2020 elections in those states.

Federal judges in Maryland tossed the state’s congressional map in November after Republicans sued, claiming Democrats went too far when they altered the lines of a district in Western Maryland to defeat the then-Republican incumbent. Since redrawing the map before the 2012 election, Democrats have held a 7-to-1 advantage in the state’s congressional delegation, after entering the redistricting process with six members, to Republicans’ two.

Meanwhile, in North Carolina, a lower court chucked that state’s congressional map last August, ruling that Republicans violated voters’ rights in drawing the lines. But even though the court struck down the map, it said it was too late to draw new lines for the 2018 elections, which were held under the old lines. As they had in 2016, Democrats won only three of the state’s 13 congressional districts, though the result in the state’s 9th District is currently tied up in court following allegations that a Republican campaign contractor improperly collected absentee ballots.

If the Supreme Court rules that both maps must be redrawn before the 2020 elections, it could boost Republicans to recapture the Western Maryland seat formerly held by Republican Roscoe Bartlett, who was defeated by Democrat John Delaney under the new lines in 2012. The seat is currently held by Democratic Rep. David Trone, who won last November following Delaney’s retirement from Congress to run for president.

Any Republican gain in Maryland, however, would likely be offset by losses in North Carolina, a swing state where Republicans have held wide advantages in the congressional delegation all decade long. A new map could create a number of new Democratic seats.

The March arguments will be the latest instance of the Supreme Court wrestling with just how far politicians can go in drawing political maps that favor one party over others. In its previous term, the court heard arguments in the Maryland case and another case from Wisconsin over how much gerrymandering is too much.

But rather than decide whether gerrymandering violates voters’ constitutional rights, the high court punted the cases back to lower courts.

Though these cases feature defendants asking the Supreme Court to overturn rulings that struck down gerrymandered congressional maps, good-government groups on Friday sounded a hopeful note that the court would affirm that partisan gerrymandering is unconstitutional.

“Now that the U.S. Supreme Court will hear this case, we are hopeful that the court will set a standard that can reign in partisan gerrymandering once and for all,” said Celina Stewart, director of advocacy and litigation at the League of Women Voters. “There is no better time to establish a process, with the 2020 Census approaching — which will guide the next round of redistricting and ensure district lines are drawn in a manner that reflects voting populations, not the politicians in power.”

But Adam Kincaid, the executive director of the National Republican Redistricting Trust, which organizes GOP efforts to redraw political maps, said his group wants the court to liberate partisans to draw maps without judicial interference.

“We hope the Supreme Court’s decision to schedule [the North Carolina and Maryland cases] for March shows it is serious about addressing the question of justiciability once and for all,” said Kincaid. “Maps that follow traditional redistricting criteria should be free from challenges in federal court.”

Source: https://www.politico.com/story/2019/01/04/supreme-court-gerrymandering-case-maryland-north-carolina-1081760
Droolin’ Dog sniffed out this story and shared it with you.
The Article Was Written/Published By: SShepard@politico.com (Steven Shepard)