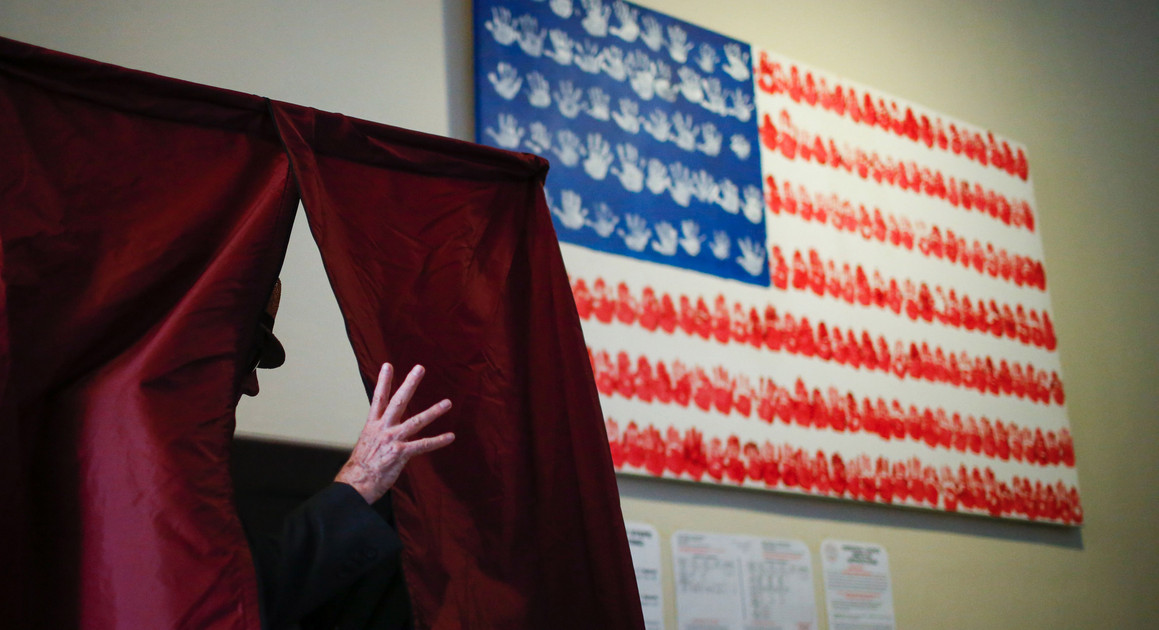 When the Democrats who control New Jersey’s legislature attempted to fast track a constitutional amendment to change the way the state draws its legislative districts, a cry went up from the party’s liberal base.

The plan would have inserted a formula into the state constitution almost certainly cementing Democratic majorities for decades to come. But to a new wave of liberal activists — who just weeks before had helped flip four of the five Republican-held New Jersey U.S. House seats to Democrats — it reeked of an attempted power grab. Their party’s redistricting amendment gave them a new target, and joined by good government groups and Republican state lawmakers who stood to see their already diminished clout reduced further, they held rallies in front of the Statehouse to oppose it, with dozens showing up to hearings to testify against it. Even Democratic New Jersey Gov. Phil Murphy found common cause against the plan.

Redistricting, long a process that drew more attention from political insiders and academics than from the general public, is drawing more and more mainstream attention — with New Jersey the latest state to battle over the drawing of district lines in the run-up to 2020.

“What got us emotionally upset was that here we had fought hard in a certain set of values that we thought Trumpism was an affront to: Lack of transparency, poor policy, power grabbing. We saw Republicans doing that all over the country,” said Sue Altman, a board member of the group South Jersey Women for Progressive Change. “To see our own party kind of make hypocrites of us and to turn it around and do the same thing in New Jersey.”

It was a far cry from three years ago, when New Jersey Democratic lawmakers attempted to ram through a nearly identical redistricting proposal. While there was sufficient opposition back then to stall it, only a smattering of people showed up to hearings to testify against it.

What’s different is a resurgent liberal base of the Democratic Party, emboldened across the country by its efforts to oppose the Trump administration and its successes challenging the Democratic establishment. The activism could moderate Democratic redistricting initiatives in other states as well as, leading into the 2020 census, the basis for the numbers that will reallocate congressional and state legislative representation.

Redistricting — and its cousin gerrymandering — have worked their way into the national lexicon with even talk show hosts like John Oliver, Samantha Bee and Trevor Noah highlighting the issue. Activists have long filed lawsuits about district lines, arguing they favor one party over another or were drawn to disenfranchise minority voters.

As of June, lawsuits in a dozen states challenged congressional or state legislative district maps, according to The Associated Press. Most are based on accusations of racial or partisan gerrymandering — the practice of drawing district boundaries to benefit one party. Most were against Republican-drawn maps.

In Pennsylvania, a swing state, Republicans held a 13-5 House seat majority despite typically getting a roughly even number of votes statewide as Democrats. Democrats successfully challenged the map in court last year, and the state’s U.S. House delegation will be split evenly between the parties come January.

Because Republicans controlled the majority of states following the 2010 elections, Democrats had few opportunities to draw maps to their advantage. In the largest Democratic-controlled state, California, an independent commission draws the political lines. And a court-appointed special master drew the congressional map in New York before the 2012 elections because Democrats couldn’t agree with Republicans in the state Senate on new districts.

But in two states, Illinois and Maryland, Democrats went for the jugular. In Illinois, Republicans actually held a narrow majority in the House delegation following the 2010 wave, but Democrats cracked Chicago and its inner suburbs to build a wide Democratic advantage. And in Maryland, Democrats wiped away one of two GOP seats, giving the party a 7-to-1 majority in the House delegation that has endured throughout the decade.

Democrats are poised to lock in their gains in Illinois following the 2020 elections. They control every level of power in Springfield, the state capital, and even some of the Chicagoland districts drawn specifically to favor Republicans flipped to Democrats — who picked up two more seats in the 2018 midterms — as the nation’s suburbs have drifted away from the GOP. In Maryland, on the other hand, a court has struck down the map as an impermissible partisan gerrymander, and the Supreme Court is expected to decide next year whether it must be redrawn before the 2020 elections.

As the high court considers a number of partisan gerrymandering cases, partisans and good-government groups alike are using the ballot-initiative process to reduce how far the parties can go in redrawing the lines. In November, voters in four states — Utah, Michigan, Missouri and Colorado — approved measures aimed at overhauling their redistricting processes to combat gerrymandering. Ohio voters approved a redistricting ballot measure in the spring. The National Conference of State Legislatures told The Wall Street Journal that 2018 was the busiest year on record for redistricting ballot measures. And in most states, the measures passed overwhelmingly.

“There’s a growing awareness in the states that gerrymandering, unfair redistricting, has an affect not just on electoral outcomes, but policy outcomes,” said Patrick Rodenbush, communications director for the National Democratic Redistricting Committee, which was founded by former Democratic Attorney General Eric Holder in 2017 to combat gerrymandering.

In New Jersey, the opposition was strong enough that state legislative leaders were forced to pull it from consideration this month, all but killing their chances to put the amendment before voters in 2019. Holder was among those who had weighed in against it.

“Ten years ago, the country did not see what a gerrymandered map was capable of producing, because it was the elections after those state maps were drawn around the country where we saw these egregious, extreme partisan gerrymandered maps,” said Helen Kioukis of the League of Women Voters of New Jersey, which organized much of the opposition to the New Jersey redistricting plan. “People recognized what a powerful tool this was as a voter suppression tactic.”

New Jersey’s redistricting process is generally less controversial than most states, where state Legislatures draw the lines. New Jersey has bipartisan redistricting commissions for both state legislative and U.S. House seats made up of Democratic and Republican appointees and a tiebreaker.

When the New Jersey state legislative redistricting commission was put in place in the 1960s and the congressional redistricting commission in the 1990s, the Garden State was a swing state. That’s not the case anymore. New Jersey Democrats have nearly 1 million more registered voters than Republicans. So Democrats attempted to bake that advantage into the state constitution for legislative redistricting, requiring at least 10 of the state’s 40 districts be within five points of the average statewide vote for presidential, gubernatorial and U.S. Senate elections over the past decade.

But liberals revolted. And they were joined by Murphy, the Democratic governor who has butted heads with some of his party’s powerful bosses and who stood to lose influence over redistricting picks under the amendment. The amendment may have helped Democrats but at the expense of the values the party’s liberal base has been advocating.

It’s not clear if the redistricting fight in New Jersey is over. Legislative Democrats have indicated they may try again, though they said they’d take into account the input they hear from the groups protesting it. Even so, it will be nearly impossible for them to get anything that resembles the plan they just pushed onto the ballot in 2019.

Meanwhile, some of the groups that fought the amendment are pushing for other redistricting reforms, the most far-reaching of which would be a “citizens commission” modeled on California’s system that would largely take redistricting power out of the hands of politicians. Kioukis, of the New Jersey League of Women Voters, hopes New Jersey Democratic lawmakers are serious about listening to what opponents of their redistricting plan said.

“We’ll keep watching, and we hope that they are serious,” she said.

Steven Shepard contributed to this report.

Source: https://www.politico.com/states/new-jersey/story/2018/12/21/new-jersey-is-the-latest-battleground-in-national-redistricting-fight-762277
Droolin’ Dog sniffed out this story and shared it with you.
The Article Was Written/Published By: mfriedman@politico.com (Matt Friedman)