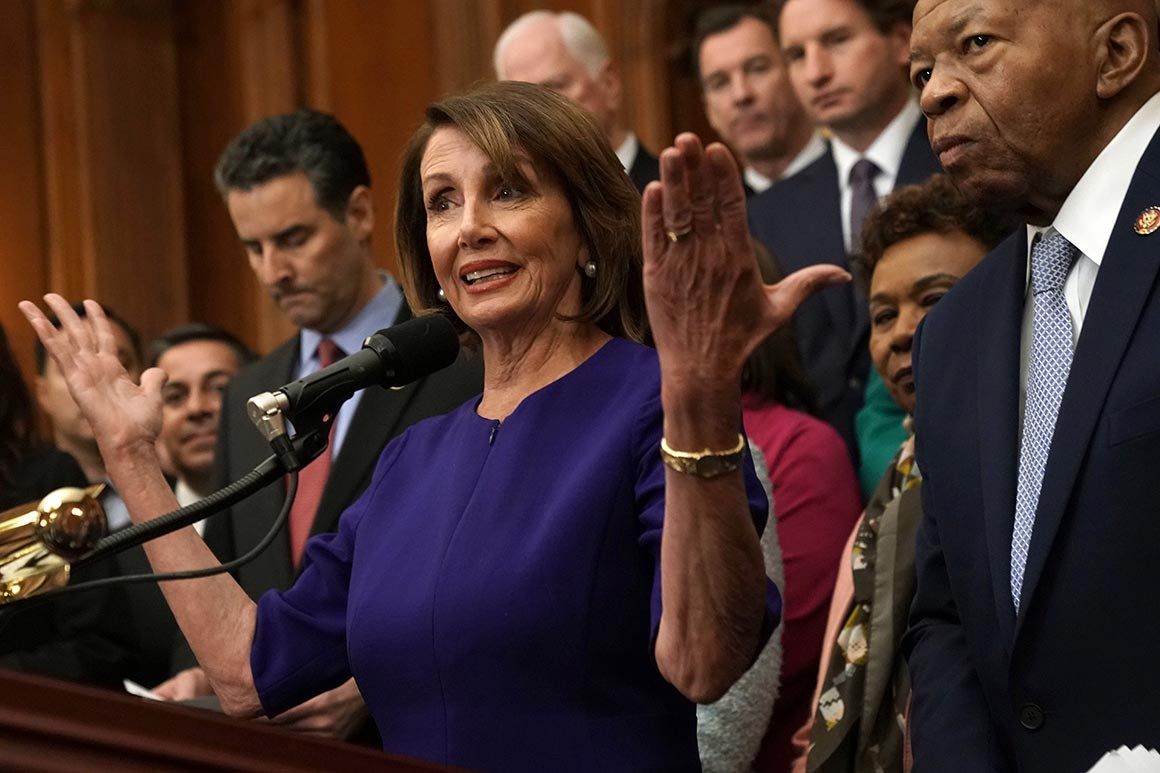 A day after assuming the majority, House Democrats on Friday unveiled a sweeping ethics reform package that would put new checks on the White House and require President Donald Trump to release his tax returns.

House Democrats mostly presented the package — which contains numerous changes to campaign finance and ethics law — as a set of popular good-government reforms during a Friday press conference on Capitol Hill. But the bill’s proposed checks on Trump also will make it a useful cudgel for the new majority, even though the legislation is unlikely to be approved by the GOP-held Senate.

Rep. Elijah Cummings (D-Md.), incoming chairman of the House Committee on Oversight and Government Reform, indicated he will be stepping up oversight of Trump in the coming weeks.

“The midterm elections were monumental and indeed historic. The American people gave Congress a mandate: to finally start conducting credible oversight and start enacting reforms. Over the last two years, President Trump set the tone from the top in his administration that behaving ethically and complying with the law is optional,” Cummings said. “We’re better than that.”

The new bill would mandate that the president and vice president release 10 years of their tax returns. It would also enhance ethics rules for White House employees and give the Office of Government Ethics more enforcement power.

The reforms proposed by House Democrats would also make sweeping changes to voting rights, election security, lobbying and campaign-finance law. It would significantly expand public financing for elections via a matching system for small donations, give authorities more resources to investigate foreign agents who lobby in the United States and create a new code of ethics for the Supreme Court.

Another change to campaign-finance law in the bill: A requirement that super PACs and other groups that spend more than $10,000 in an election disclose their donors within 24 hours. Nearly 70 super PACs found ways to delay disclosing their donors during the 2018 elections, according to a POLITICO analysis. The issue has gotten little attention from lawmakers, and activists in contact with House Democrats initially said it wouldn’t be addressed in the bill.

“[Voters’] cynicism is deep, their skepticism is broad, they don’t know if they can get their democracy back,” Rep. John Sarbanes (D-Md.), who is spearheading the bill, said Friday. “The Democratic majority wants to give you your voice back.”

Source: https://www.politico.com/story/2019/01/04/house-democrats-bill-trump-tax-returns-1081412
Droolin’ Dog sniffed out this story and shared it with you.
The Article Was Written/Published By: mseverns@politico.com (Maggie Severns)