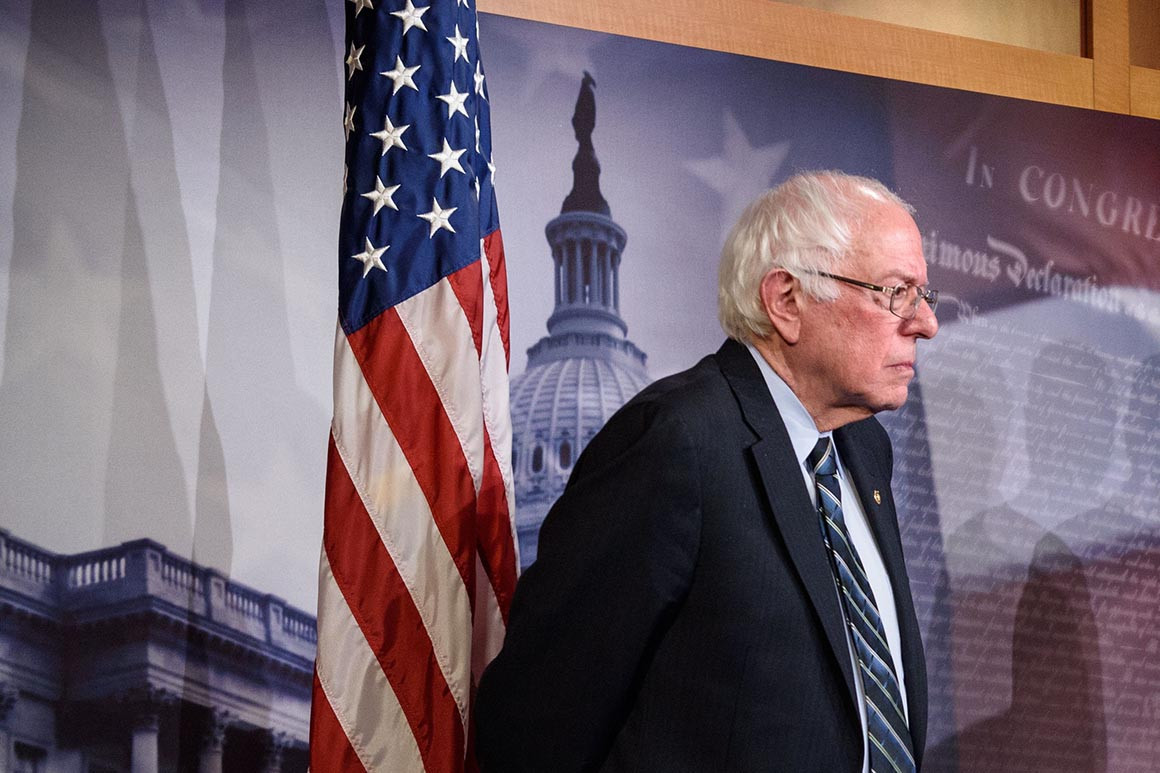 Sen. Bernie Sanders apologized late Wednesday to female staffers who have said they endured sexual harassment and gender disparity while working on his 2016 presidential campaign, while also saying he was previously unaware of such allegations.

“I certainly apologize to any woman who felt that she was not treated appropriately, and of course if I run, we will do better next time,” Sanders said in an interview with CNN’s Anderson Cooper.

POLITICO revealed that more than two dozen women and men who worked on Sanders’ 2016 campaign sent a letter last Sunday to senior Sanders officials asking for a meeting to “discuss the issue of sexual violence and harassment on the 2016 campaign, for the purpose of planning to mitigate the issue in the upcoming presidential cycle.”

The New York Times on Wednesday afternoon published more detailed allegations of harassment and sexism as well as reported failures by campaign officials to quickly respond to inappropriate activity.

On Wednesday evening, Cooper asked Sanders if he had been unaware of the allegations. “Yes, I was little bit busy running around the country trying to make the case,” Sanders responded.

“I am not going to sit here and tell you that we did everything right in terms of human resources, in terms of addressing the needs that I’m hearing from now, that women felt they were disrespected, that there was sexual harassment which was not dealt with as effectively as possible,” Sanders also said during the interview.

The growing allegations of mistreatment are threatening Sanders’ prospects for another presidential bid, especially given the crowded Democratic field that is expected to form.

Sanders has not formally announced that he plans to pursue another run at the White House but had been seen as a leading contender given his fervent following and the fundraising prowess he showed in 2016.

Source: https://www.politico.com/story/2019/01/03/sanders-apologizes-2016-campaign-harassment-1078250
Droolin’ Dog sniffed out this story and shared it with you.
The Article Was Written/Published By: webin@politico.com (POLITICO Staff)