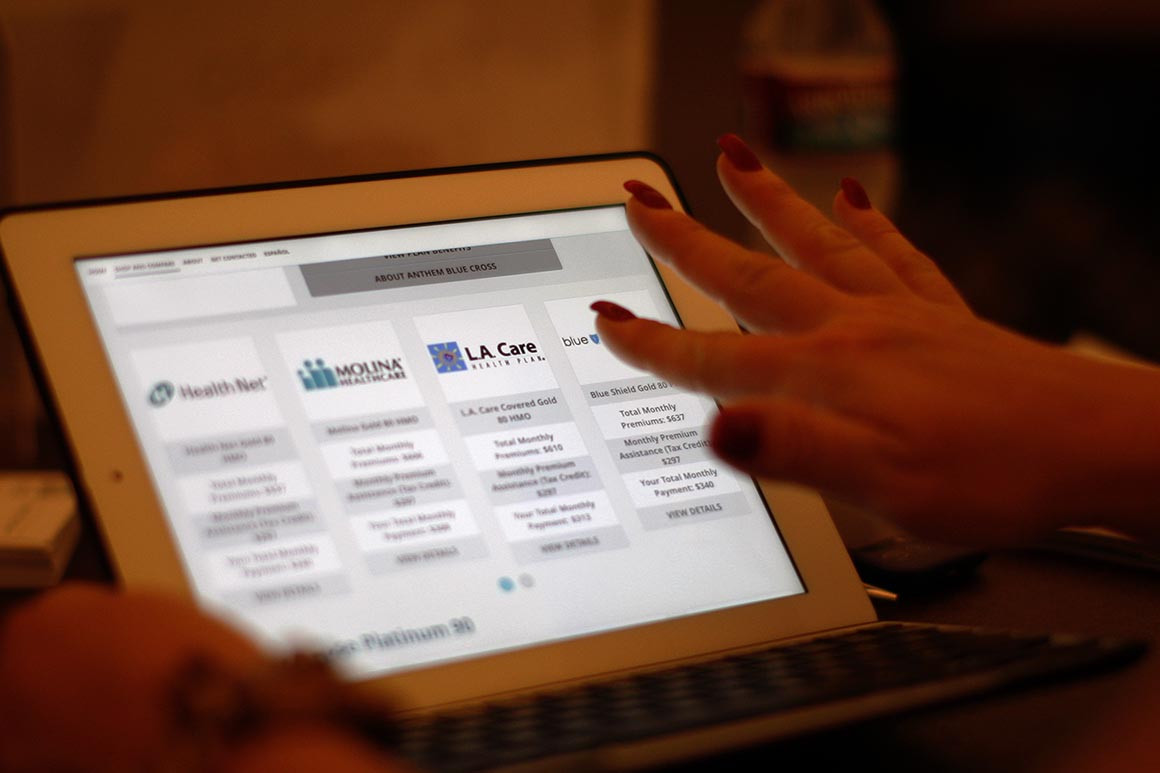 A group of Democratic-led states is appealing a federal judge’s controversial ruling that Obamacare is unconstitutional, kicking off the next round in a legal battle that could ultimately bring the health care law back before the Supreme Court.

The 16 states and the District of Columbia argue the Texas judge’s decision is fatally flawed and should be immediately struck down.

U.S. District Judge Reed O’Connor’s ruling last month that Obamacare is unconstitutional threw the future of the health care law — and coverage for roughly 20 million Americans — into jeopardy. It also reignited the political fight over the health care law as Democrats take back control of the House.

“We’re standing up for pretty much every American you can think of who counts on health care for his or her family.” said California Attorney General Xavier Becerra, who is leading the appeal, on a call with reporters Thursday.

The blue states argue O’Connor ignored Congress’ clear intent by ruling that eliminating the Affordable Care Act’s individual mandate penalty in the 2017 tax package rendered the rest of the law invalid. They point out that Congress at the time left intact the main pillars of the law, including federal subsidies for low-income Americans and Medicaid expansion, undercutting O‘Connor’s determination that they can’t remain in place without the mandate.

O’Connor issued a stay of his ruling Sunday, allowing the health care law to remain in place while an appeal proceeds.

The Trump administration has refused to fully defend the law. Instead, it’s asking the courts to strike down the law’s protections for pre-existing conditions, while the 20 red states want the entire law overturned.

California and the other Democratic-led states intervened in the lawsuit to defend Obamacare. The blue states filed a notice of appeal Thursday, the first formal step in bringing their challenge to the 5th Circuit Court of Appeals.

House Democrats are putting defense of the law at the center of their agenda. They are voting on a House rule package Thursday that will authorize the chamber to intervene in the lawsuit to defend the ACA, an early move to force Republicans who campaigned on protecting pre-existing condition provisions to go on the record.

The lawsuit was originally considered a long shot, and many legal experts still believe it will be overturned by the 5th Circuit. However, it could eventually become the third major Obamacare case to reach the Supreme Court.

Source: https://www.politico.com/story/2019/01/03/democratic-states-appeal-obamacare-ruling-1058895
Droolin’ Dog sniffed out this story and shared it with you.
The Article Was Written/Published By: pdemko@politico.com (Paul Demko)