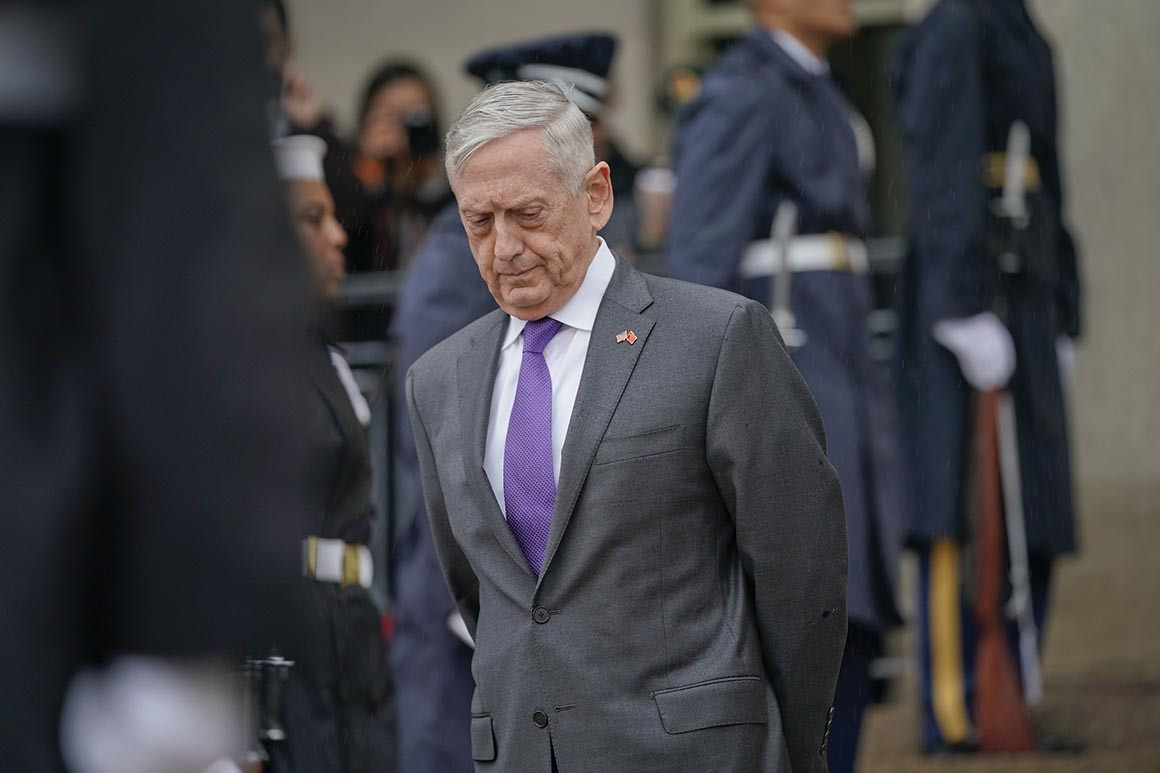 President Donald Trump showed Wednesday that there is no love lost between himself and his recently departed Defense Secretary Jim Mattis.

In a meeting with members of his Cabinet, Trump boasted that he had “essentially” fired Mattis by moving up the four-star general’s departure date by two months.

He also criticized his former Pentagon chief for his lack of progress in ending U.S. involvement in military conflicts in the Middle East.

He balked in particular at Mattis’ record in Afghanistan, where Trump has reportedly pushed to significantly cut the troop presence.

Mattis announced his resignation days after Trump said he was planning to pull U.S. troops completely out of war-torn Syria, at first declaring the Islamic State had been defeated and then asserting that the militant group should be handled by other countries in the region. Mattis, who disagreed with the plan, offered his resignation after failing to convince Trump to reverse course on the pullout.

Trump initially praised Mattis for his service in a tweet, writing that he would be retiring “with distinction” and that he was responsible for making “tremendous progress” toward Trump’s objectives during his two-year tenure.

But Trump was reportedly irked by news coverage of Mattis’ impending departure that focused on his resignation letter in which he cited policy differences with the president and said Trump was abandoning U.S. allies. Trump’s public posture toward Mattis chilled quickly after.

Trump tweeted days later that Mattis would depart the administration at the beginning of the year, as opposed to his initial departure date of Feb. 28, writing that he had given Mattis a “second chance” in government after he was “ingloriously fired” by former President Barack Obama.

Obama let Mattis go as the head of U.S. Central Command in 2013 in large part because of Mattis’ increasingly hawkish stance on Iran.

On Wednesday, Trump proclaimed to Cabinet members and the assembled press that “as you know, President Obama fired [Mattis], and essentially, so did I.”

Though Trump later added that he wished Mattis well in retirement, Mattis handed over the reigns of the Pentagon to Deputy Defense Secretary Patrick Shanahan this week without the pomp and circumstance typical of departing secretaries of Defense.

Source: https://www.politico.com/story/2019/01/02/trump-jim-mattis-1077480
Droolin’ Dog sniffed out this story and shared it with you.
The Article Was Written/Published By: coprysko@politico.com (Caitlin Oprysko)