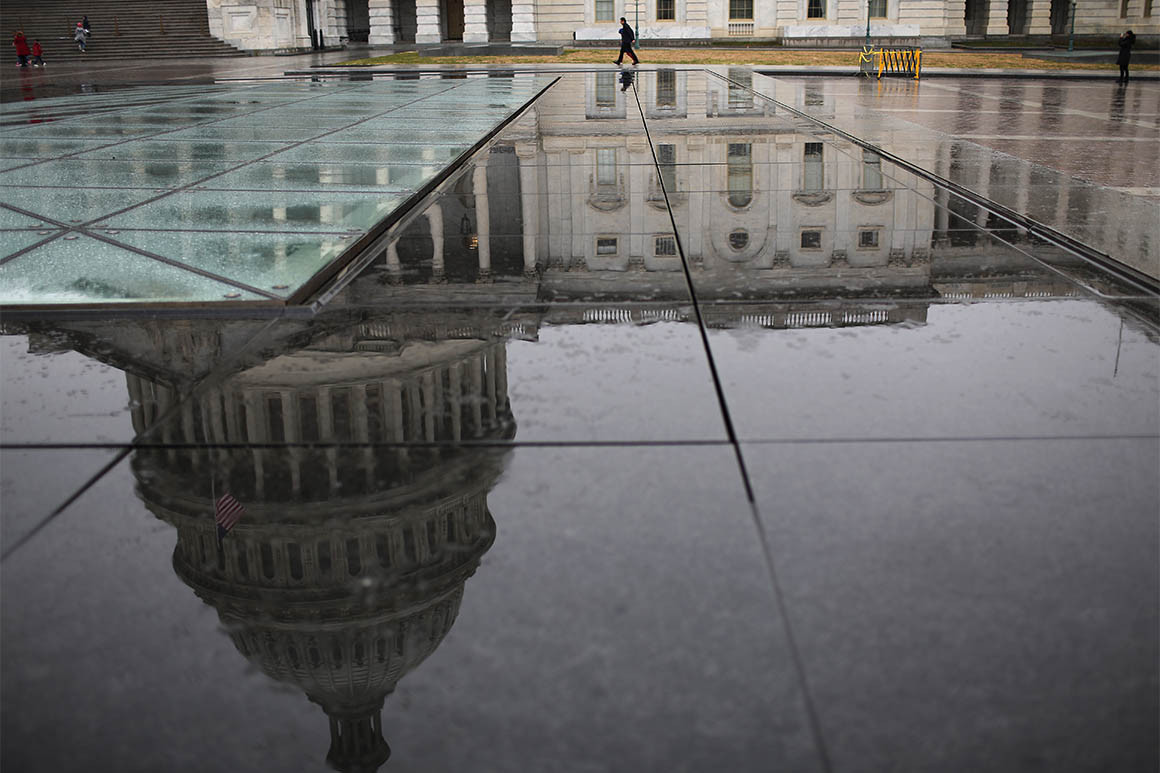 Nine federal departments haven’t received a cent in federal funding in more than a week.

They’ve limped along on leftover money, coasted through the quiet days of the holidays and paid staff with checks already prepped before the lapse.

But all that’s about to end.

Many of the departments and agencies hit by the partial shutdown, which began Dec. 22, have reached a breaking point in their ability to go on with minimal disruption. They are running out of carryover cash and time to prep checks for the midmonth pay period. In a very visible sign of the growing impact of the shutdown showdown, 19 Smithsonian museums and the National Zoo will close to the public on Wednesday, their temporary funds exhausted.

While paychecks for federal employees went out Friday after a pay period ended on Dec. 22, workers are left wondering whether they will get their next check on Jan. 11. The pay period for that next check ends on Jan. 5. Pay processing varies from agency to agency.

The Office of Management and Budget said in recent guidance that no federal employee — including those still working without pay — can be compensated for the pay period spanning Dec. 23 to Jan. 5 until the shutdown ends.

House Democrats plan to vote on two proposals when they take control Thursday. One would fund the Department of Homeland Security until Feb. 8, maintaining border wall funding at existing levels, or $1.3 billion. A second proposal would fund other closed agencies — such as Transportation, Commerce and Agriculture — for the rest of the fiscal year through Sept. 30.

But Senate Republicans aren’t likely to accept that plan. The upper chamber has shut its doors until Wednesday afternoon and neither party has shown any signs of compromise in the fight over funding for President Donald Trump’s border wall.

Bracing for a prolonged period without appropriations for much of the federal government, D.C. Mayor Muriel Bowser has directed several District offices to stay open longer to receive the hundreds of unemployment claims rolling in.

Amid that uncertainty, Trump issued an executive order on Friday freezing salaries for civilian employees in 2019 — halting a 2.1 percent raise that was scheduled to take effect in January. Congress, however, could include a pay raise in a spending package to break the budget impasse.

The Office of Personnel Management has provided sample letters federal employees can give to landlords, mortgage companies and creditors to explain late payments.

The departments of Agriculture, Justice, Treasury, Commerce, Interior, State, Transportation, Homeland Security, and Housing and Urban Development as well as agencies like the Environmental Protection Agency, the Food and Drug Administration and the Internal Revenue Service are all hit by the partial shutdown.

How it gets harder:

— Agriculture assistance: USDA offices that offer loans to farmers were able to stay open for the first six days of the shutdown by using leftover funding. But offices across the country will now close.

Starting Jan. 1, USDA won’t be able to issue new loans for rural development or grants for housing, community facilities and utility companies. Payments will stop being processed for agricultural research and education projects. Statistics routinely published on commodity and livestock production, as well as economic projections, will cease. And U.S. Forest Service work to prevent wildfires will halt, along with staffing for ranger stations and other facilities at the agency’s public recreation sites.

Farmers affected by retaliatory tariffs will now have to wait until after the shutdown to receive aid if they have yet to apply for that relief.

— Coast Guard: The shutdown has begun to curtail Coast Guard efforts like mariner licensing, boating safety checks and patrolling to ensure fishing laws are enforced. Maintenance for navigational aids is also delayed, as well as training and ship maintenance. “The longer the shutdown lasts, the more difficult it will become for the Coast Guard to maintain mission readiness,” said Coast Guard spokesman Chad Saylor.

The Trump administration announced a change in policy late Friday, however, ensuring active duty members of the Coast Guard will be paid on Dec. 31. But checks are not guaranteed for those workers on the service’s Jan. 15 payday.

— DHS investigations: While the majority of workers at DHS are kept on during shutdowns, only about a third of the nearly 800 employees in the inspector general’s office are slated to stay on the job. That means far less support staff as the internal watchdog investigates incidents like the deaths of two migrant children in DHS custody in December.

A department official who spoke to POLITICO on the condition of anonymity said those furloughed workers are needed to round up records and interview witnesses to prevent “the investigative trail” from “going stale.”

— The Smithsonian: Nineteen Smithsonian museums and the National Zoo will close to the public on Wednesday, adding thousands more workers to the pool of furloughed federal employees. The shutdown also means that live camera feeds used by the public to watch giant pandas and other animals from afar will go dark.

— Tax filing season: The extended lapse comes at a particularly awkward time for the IRS, which will likely have to redo its shutdown plan this week to prepare for the upcoming filing season — the first in which both taxpayers and the agency will need to navigate the changes from the tax law Republicans enacted a year ago. Top agency officials predicted even before the shutdown started that the start of the filing season could slip into February, after starting in mid-to-late January in recent years.

About seven in eight IRS employees are currently furloughed. But Tony Reardon, president of the National Treasury Employees Union, said last week that the agency would have to call many more workers back, without pay, for filing season.

— EPA: The Environmental Protection Agency, which had enough extra money to operate as usual through the first week of the funding lapse, has advised agency employees that shutdown procedures will start Monday.

— FAA training: The union that represents air traffic controllers complained this week that delays at the Federal Aviation Administration’s training academy are about to exacerbate the yearslong backlog in bringing on new hires in a field that is already plagued with staffing shortages.

— Launching IPOs: The longer the shutdown goes, the harder it will be on companies planning to launch initial public offerings. The Securities and Exchange Commission says it has a limited number of workers available solely for emergency situations involving market integrity and investor protection, so companies planning to launch IPOs will have to wait until after the shutdown is over, potentially causing their agency filings to go stale in the meantime and making them miss a window for offering their first stock sales.

— Justice system: Federal courts are expected to be able to operate only through Jan. 11 by tapping into court fees and other funds not subject to annual appropriations. If the shutdown drags on past that date, each court and federal defender’s office is allowed to determine the staffing resources necessary to support ongoing work.

Source: https://www.politico.com/story/2019/01/01/how-the-shutdown-is-reaching-a-breaking-point-1053885
Droolin’ Dog sniffed out this story and shared it with you.
The Article Was Written/Published By: bbecker@politico.com (Bernie Becker)