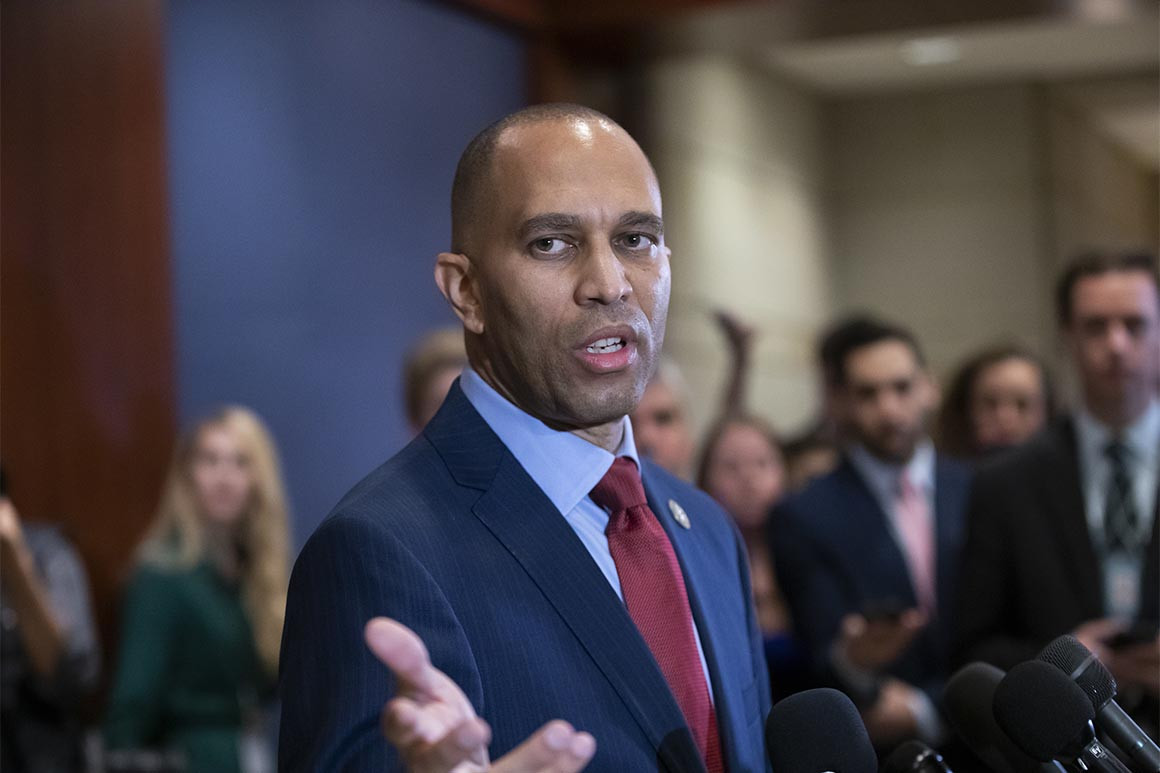 President Donald Trump’s demand for billions of dollars to fund a wall along the U.S.-Mexico border amounts to a “ransom note” for taxpayers being held “hostage” by the partial government shutdown, Rep. Hakeem Jeffries (D-N.Y.) said Sunday.

“Yes, we need comprehensive immigration reform. Yes, we need to enhance border security,” Jeffries, the incoming chairman of the House Democratic Caucus, said during an interview on ABC’s “This Week.”

“But we are not willing to pay $2.5 billion or $5 billion and wasting taxpayer dollars on a ransom note because Donald Trump decided that he was going to shut down the government and hold the American people hostage,” Jeffries said. “That’s unreasonable.”

The president has requested roughly $5 billion from congressional Democrats for a barrier along the southern border, while Democrats have offered $1.3 billion for a variety of border security measures. Their inability to strike a deal by midnight on Dec. 21 has resulted in a lapse in government funding that has entered its ninth day.

“At its core, our responsibility in government is to manage public money,” Jeffries said. “We can either manage it efficiently or we can waste taxpayer dollars. And what Donald Trump and the Republicans want to do is waste $5 billion in taxpayer money on an ineffective medieval border wall that is a 5th-century solution to a 21st-century problem.”

Source: https://www.politico.com/story/2018/12/30/hakeem-jeffries-trump-border-wall-government-shutdown-1076898
Droolin’ Dog sniffed out this story and shared it with you.
The Article Was Written/Published By: qforgey@politico.com (Quint Forgey)