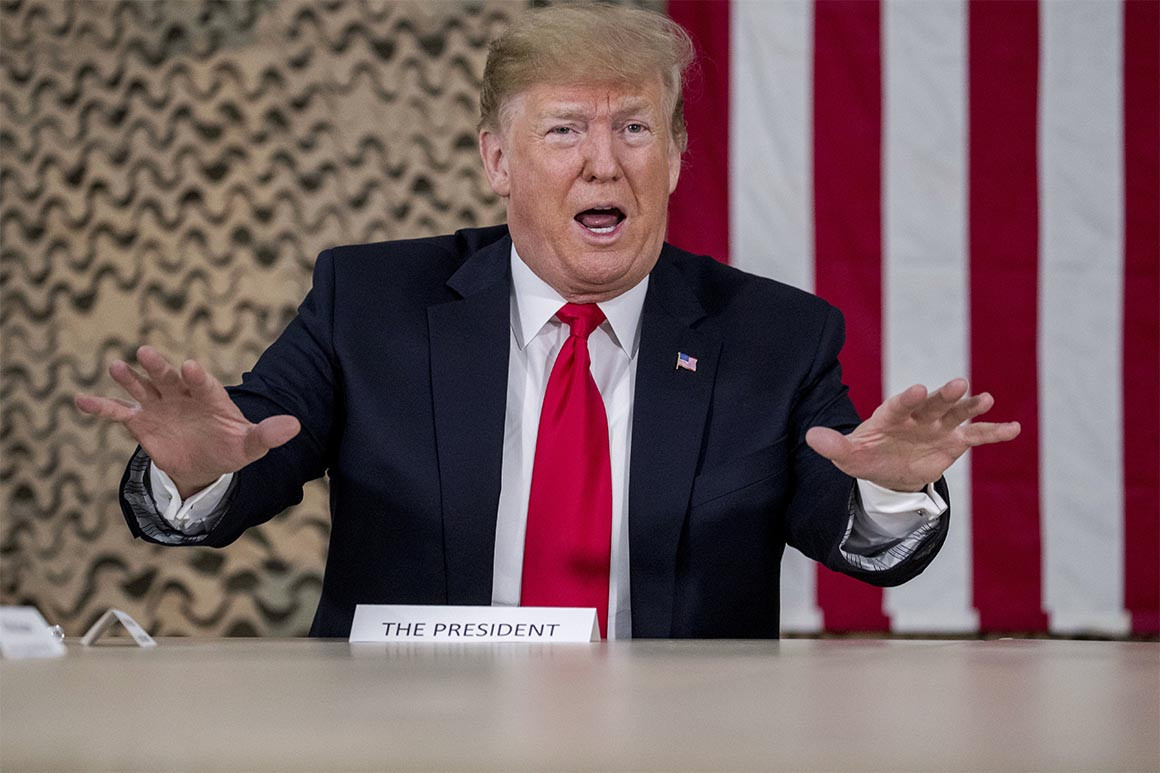 President Donald Trump on Saturday claimed congressional Democrats were more interested in investigating his administration than negotiating a deal to end a partial government shutdown that has extended more than a week.

“I am in the White House waiting for the Democrats to come on over and make a deal on Border Security,” the president wrote on Twitter. “From what I hear, they are spending so much time on Presidential Harassment that they have little time left for things like stopping crime and our military!”

Trump has employed that same turn of phrase in a string of recent tweets, lamenting online Sunday that “Presidential Harassment has been with me from the beginning!”

Earlier this month, Trump tweeted that his approval rating “would be at 75%” were it not for the “Presidential Harassment” of special counsel Robert Mueller’s team of federal prosecutors and the “phony Russia Witch Hunt.” And in November, Trump claimed that the “prospect of Presidential Harassment by the Dems” was to blame for stock market fluctuations.

The flashpoint in talks to re-open the government, which closed at midnight last Friday, remains Trump’s request for $5 billion in funding for a wall along the U.S.-Mexico border. Democrats have offered $1.3 billion for border security measures.

Trump also appeared to seek to calm financial markets that have remained volatile in recent days amid the shutdown, the administration’s plans to withdraw U.S. forces from Syria, uncertainty surrounding Federal Reserve Chairman Jerome Powell’s job security, and ongoing trade tensions between the U.S. and China.

The president tweeted Saturday that he spoke over the phone with Chinese President Xi Jinping, and the two leaders “had a long and very good” conversation.

“Deal is moving along very well,” Trump wrote online. “If made, it will be very comprehensive, covering all subjects, areas and points of dispute. Big progress being made!”

Xi said he and Trump “hope to push for a stable progress” of U.S.-China relations, according to the Chinese state-run Xinhua News Agency, and both nations’ delegations have been working to implement the “important consensus” reached at a dinner meeting following the conclusion of the G-20 summit in Argentina earlier this month.

Xi also expressed hope “that both teams can meet each other halfway and reach an agreement beneficial to both countries and the world as early as possible,” Xinhua News Agency reported.

Source: https://www.politico.com/story/2018/12/29/trump-government-shutdown-tweets-presidential-harassment-1076872
Droolin’ Dog sniffed out this story and shared it with you.
The Article Was Written/Published By: qforgey@politico.com (Quint Forgey)