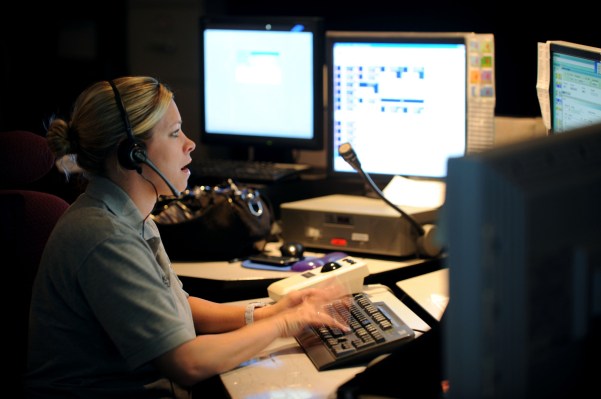 911 emergency services in several states across the U.S. remain down after a massive outage at a CenturyLink data center.

The outage began after 12pm ET on Thursday, according to CenturyLink’s status page, and continues to cause disruption across 911 call centers. Some states have seen their services restored. CenturyLink has not said what caused the outage beyond an issue with a “network element,” but said in its latest update — around 11am ET on Friday — that the company said that it was “seeing good progress, but our service restoration work is not complete.”

In a tweet, the telecoms giant said it was “working tirelessly” to get its affected systems back up and running.

CenturyLink, one of the largest telecommunications providers in the U.S., provides internet and phone backbone services to major cell carriers, including AT&T and Verizon. Data center or fiber issues can have a knock-on effect to other companies, cutting out service and causing cell site blackouts.

In this case, the outage affected only cellular calls to 911, and not landline calls.

Among the areas affected include Seattle, Washington and Salt Lake City, Utah. Several other states, including Idaho, Oregon, Arizona and Missouri, are also affected, local news has reported.

Many other police departments tweeted out alternative numbers for 911 in the event of an emergency.

Police in Boston, Massachusetts tweeted that their service was restored this morning.

UPDATE: Technical issues with the 911 system, and the resulting wireless capability outages, have been resolved. Massachusetts callers may resume using 911 from their cell phones for public safety emergencies. https://t.co/6AAeRdVxeN

Ajit Pai, chairman of the Federal Communications Commission, which regulates and monitors 911 services, said the commission is investigating the outage.

“When an emergency strikes, it’s critical that Americans are able to use 911 to reach those who can help,” said Pai in a statement. “The CenturyLink service outage is therefore completely unacceptable, and its breadth and duration are particularly troubling.”

“I’ve directed the Public Safety and Homeland Security Bureau to immediately launch an investigation into the cause and impact of this outage. This inquiry will include an examination of the effect that CenturyLink’s outage appears to have had on other providers’ 911 services,” he said.

TechCrunch will have more when it comes in.

Source: https://techcrunch.com/2018/12/28/911-service-outage-centurylink/?utm_source=feedburner&utm_medium=feed&utm_campaign=Feed%3A+Techcrunch+%28TechCrunch%29
Droolin’ Dog sniffed out this story and shared it with you.
The Article Was Written/Published By: Zack Whittaker