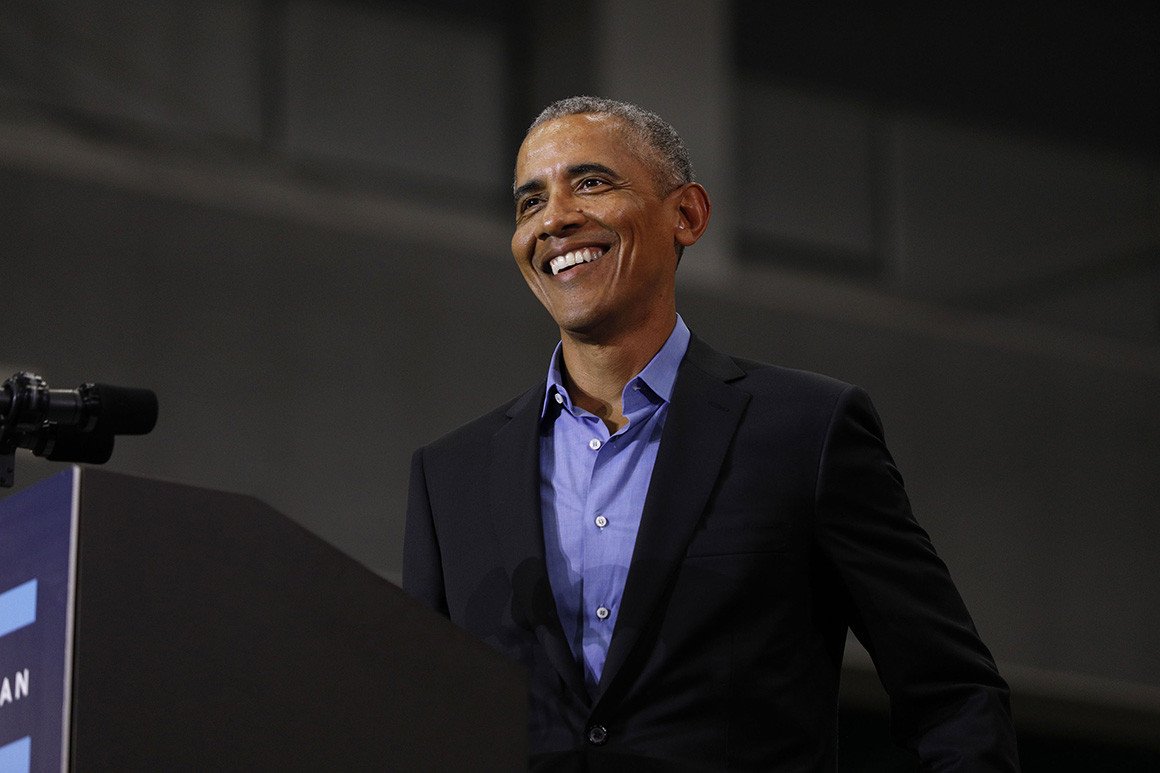 Former President Barack Obama’s favorite book of 2018 was, in his own words, obvious.

In a Facebook post listing his favorite books, movies and songs of 2018, the Democrat said “Becoming,” Michelle Obama’s new memoir about her life before, during and after her time in the White House, was “obviously my favorite!”

Though he noted that “Becoming” had appeared on previous lists of his must-reads this year, President Obama said he was eager to share his top choices in several categories in what has become “a favorite tradition” as the year concludes.

“It gives me a moment to pause and reflect on the year through the books, movies, and music that I found most thought-provoking, inspiring, or just plain loved,” Obama wrote. “It also gives me a chance to highlight talented authors, artists, and storytellers – some who are household names and others who you may not have heard of before.”

A common thread among the lists was the prominence of media created by black authors, filmmakers, actors and artists.

Among 11 books that he highlighted that he said did not appear on other lists he had shared were: “Arthur Ashe: A Life” by Raymond Arsenault; “Frederick Douglass: Prophet of Freedom” by David W. Blight; and “Washington Black” by Esi Edugyan.

For the 15 films he said were his top choices for the year, he included blockbusters and award favorites alike, including Ryan Coogler’s “Black Panther,” Spike Lee’s “BlacKkKlansman,” Barry Jenkins’ “If Beale Street Could Talk,” Alfonso Cuarón’s “Roma” and “Won’t You Be My Neighbor,” the documentary about Fred Rogers of “Mister Rogers’ Neighborhood.”

Obama’s 23-song playlist of favorites included tracks from artists such as Beyonce and Jay Z, Cardi B, H.E.R., J. Cole and Chance the Rapper, a Chicago native.

Source: https://www.politico.com/story/2018/12/28/barack-obama-2018-recommendations-1076489
Droolin’ Dog sniffed out this story and shared it with you.
The Article Was Written/Published By: gross@politico.com (Garrett Ross)