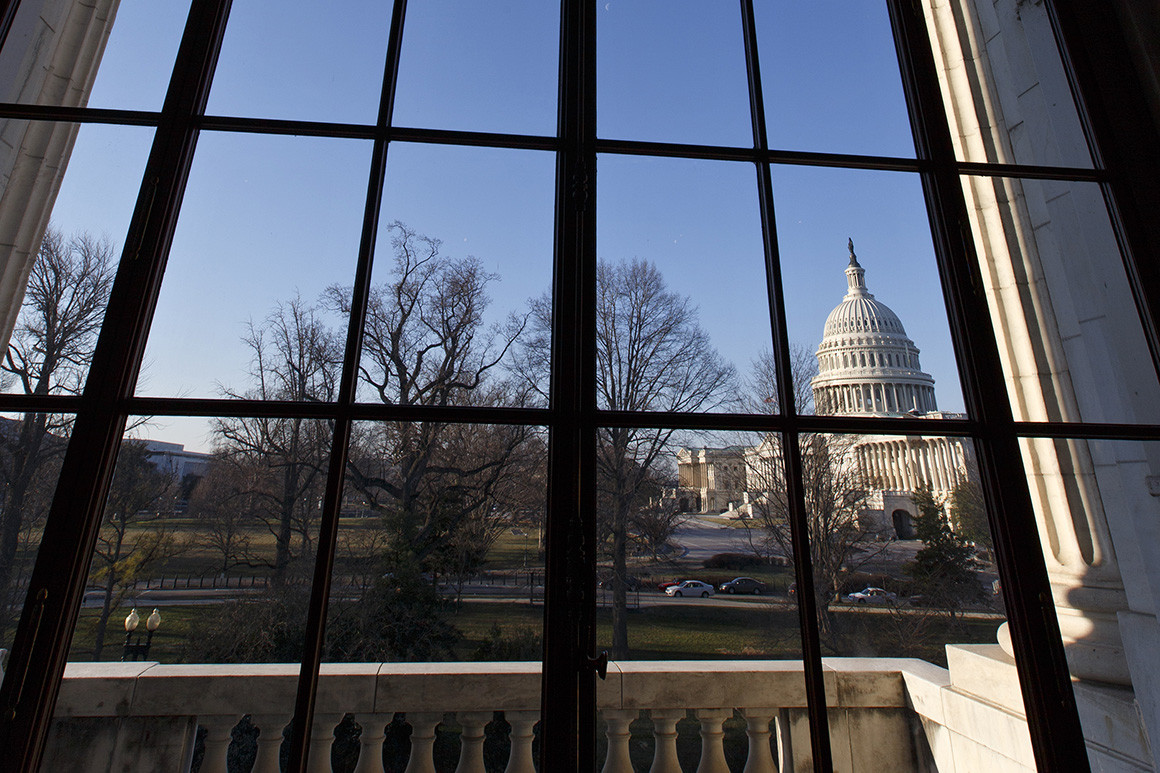 Officially, Congress will be in session on Thursday. Unofficially, lawmakers are doing little to nothing to end a partial government shutdown now in its sixth day.

Aides in both parties say they see little reason to believe anyone is budging over the funding of President Donald Trump’s border wall. Party leaders are now gaming out how the new Democratic House will react to a shutdown affecting a quarter of the government, and there are increasing worries that the funding lapse will persist for weeks, potentially deep into January.

Both the Senate and House are scheduled to be in on Thursday afternoon, but no votes are expected and it’s unclear how many lawmakers will be back in town during a holiday week. It’s possible that neither chamber will vote again until Jan. 3, when Democrats assume the House majority.

There’s been little discussion between the White House and Democrats in recent days, according to people in both parties, and the two sides appear more dug in than they were a week ago. Senate Minority Leader Chuck Schumer (D-N.Y.) and presumptive House Speaker Nancy Pelosi (D-Calif.) have refused to offer any more than the current $1.3 billion in annual funding for border fencing, and President Donald Trump said he will do “whatever it takes” to break the Democrats’ resolve.

Republicans said they’ve heard nothing new about a potential resolution from Schumer, whose Democratic minority can block any funding bill with a filibuster.

“Not much is happening in Washington,” conceded Sen. Bill Cassidy (R-La.) on Fox News. “Hopefully Schumer decides we need security.”

Compared with the last extended shutdown in 2013, this episode is remarkably low-key. The closure covers only a quarter of the government, and it’s hitting during the holidays, when many federal workers and lawmakers are off of work. What’s more, members of Congress are doing comparatively little messaging compared to the impasse of five years ago, when conservatives tried to defund Obamacare and eventually GOP leaders blinked.

There have been almost no press conferences in recent days aimed at pinning the blame on the opposition, which could be in vain anyway since Trump said he’d be “proud” to own the shutdown (before subsequently trying to pin it on Democrats).

In the void of traditional congressional partisan messaging, Trump has continued his offensive. During a visit with troops in Iraq Wednesday, he said many federal workers support his stand for the border wall. On Thursday, he suggested that congressional Democratic leaders are turning their backs on their own constituency.

“Have the Democrats finally realized that we desperately need Border Security and a Wall on the Southern Border,” Trump said. “Do the Dems realize that most of the people not getting paid are Democrats?”

While many federal workers live in the D.C. area, which leans left, there is almost no incentive for Democrats to compromise right now in the final days of unified GOP rule. Their hand will strengthen considerably when Pelosi becomes speaker, and she can send over funding bills shorting the border wall and see how Senate Majority Leader Mitch McConnell (R-Ky.) deals with it.

As the two sides continue their staredown, people close to the president are urging him not to waver.

“I don’t think there’s any situation where the president should give up on that demand,” Freedom Caucus leader Mark Meadows (R-N.C.) said on CNN Wednesday. “The president is very firm in his resolve.”

Rebecca Morin contributed to this report.

Source: https://www.politico.com/story/2018/12/27/government-shutdown-congress-thursday-1075993
Droolin’ Dog sniffed out this story and shared it with you.
The Article Was Written/Published By: Burgess Everett