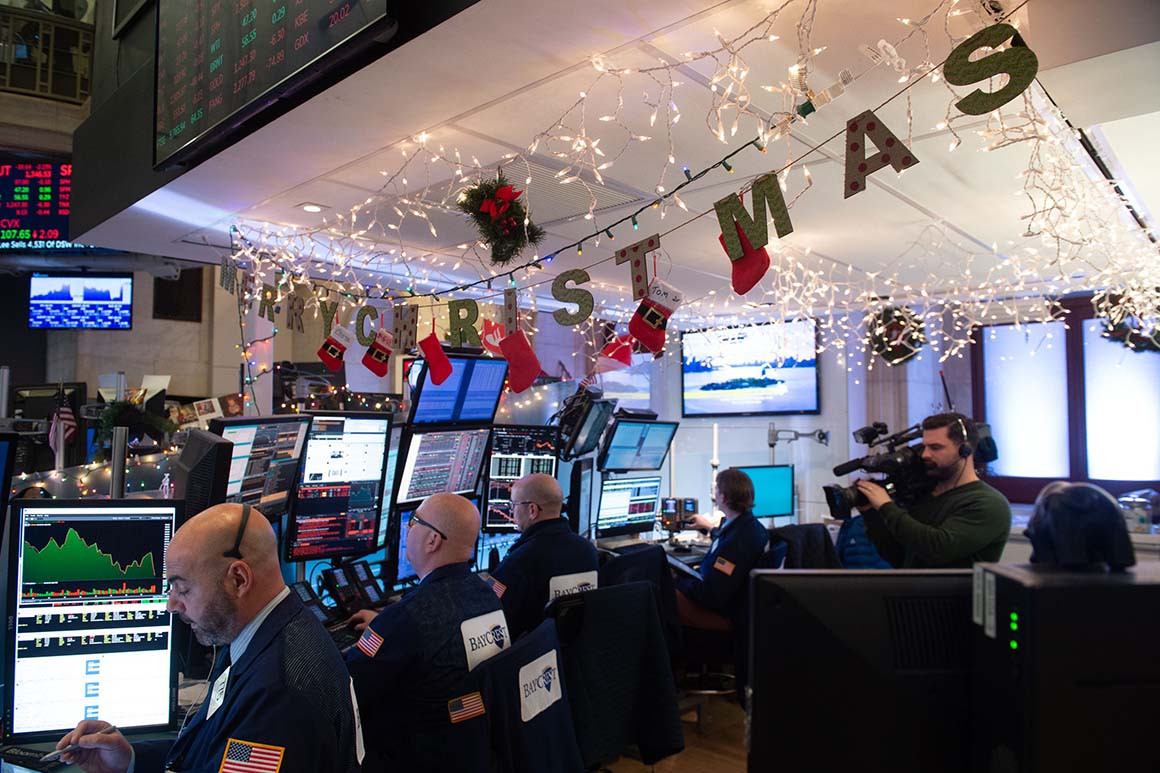 The Dow Jones Industrial Average and other stock market indices continued to tumble Monday despite — and perhaps because of — Treasury Secretary Steven Mnuchin’s attempts to soothe spooked markets. And President Donald Trump showed no sign of relenting in his attacks on the Federal Reserve that have so rattled investors.

The president, a stock-obsessed businessman, again made clear where he lays the blame.

“The only problem our economy has is the Fed,” he tweeted. “They don’t have a feel for the Market, they don’t understand necessary Trade Wars or Strong Dollars or even Democrat Shutdowns over Borders. The Fed is like a powerful golfer who can’t score because he has no touch — he can’t putt!”

The threat that Trump might fire Federal Reserve Chairman Jerome Powell, a role whose independence from political whims is fundamental to the banking system, has already scared investors.

Trump has trained his ire on Powell over the falling stock markets. The New York Times reported Sunday that he has asked aides about firing the chairman.

Most experts reject Trump’s characterization of the tumult on Wall Street, which just had its worst week in a decade — since the 2008 financial crisis. The Fed’s steady raising of interest rates has played a role in sliding stock markets. But so, too, have Trump’s trade wars and a partial government shutdown that he initially declared himself proud to own.

The latest jolt arrived Sunday, when Mnuchin announced that he had talked with the heads of the country’s six biggest banks to ensure they all had sufficient cash on hand.

The Treasury secretary was trying to reassure. And he also sought to tamp down speculation about Powell’s firing. But by Monday morning, it was clear his statement may have backfired.

Raising the specter of a liquidity crisis that few had been thinking about — even if just to shoot it down — unsettled markets and prompted plenty of head-scratching among economists.

Trump and his campaign team are concerned that a potential economic downturn would endanger his re-election prospects.

Source: https://www.politico.com/story/2018/12/24/dow-jones-stock-trump-christmas-fed-1074817
Droolin’ Dog sniffed out this story and shared it with you.
The Article Was Written/Published By: eokun@politico.com (Eli Okun)