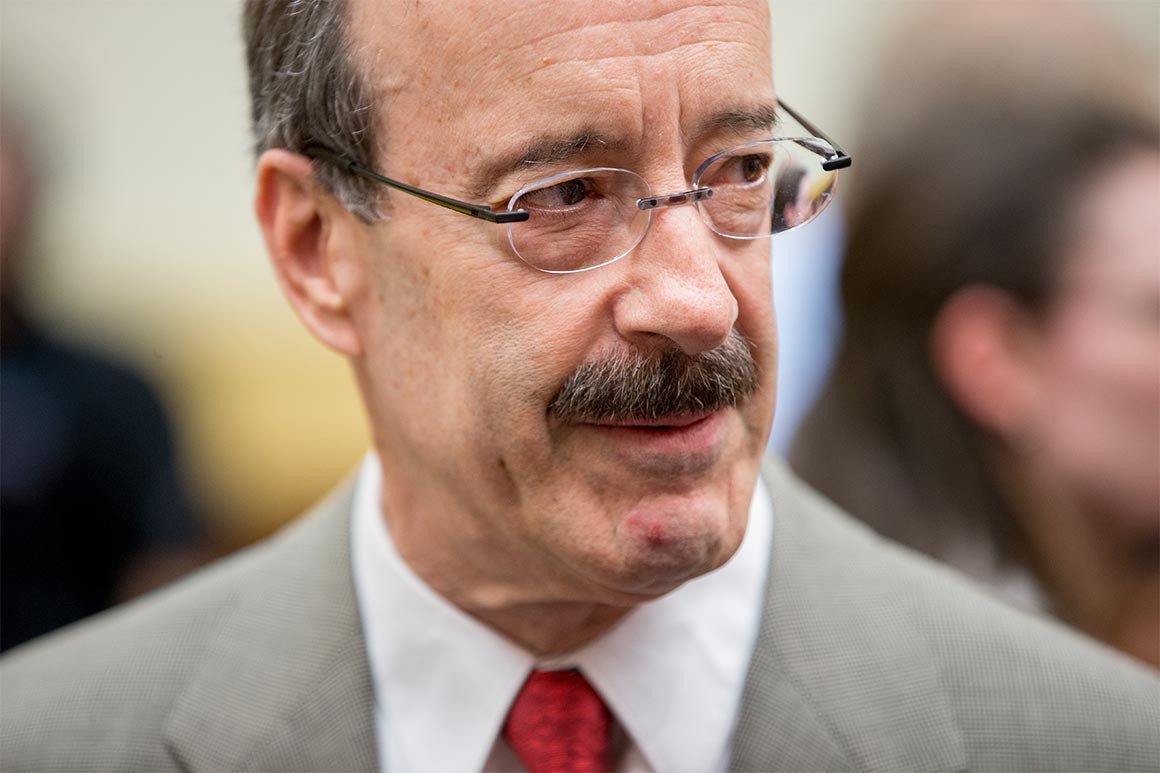 Key House Democrats plan to use their newfound power to force a debate about the war-making authority that Congress approved after 9/11 — after years of being stifled by the chamber’s Republican leaders.

Democrats will still face a tough fight to impose greater oversight on the U.S. military deployments that have mushroomed during the past 17 years. But prospects will be much brighter for the lawmakers who have spent years pushing Congress to weigh in on the use of American forces in countries such as Afghanistan, Iraq, Syria, Libya, Somalia and most recently Yemen.

If they succeed, the result could be legislation restricting President Donald Trump’s ability to send combat troops to new countries, or at least setting a time limit for the executive branch to seek new authorization. That would at least guarantee more frequent public debate about where American troops are engaged and why.

Trump has begun moving unilaterally to scale back some of those engagements, ordering a withdrawal of troops from Syria and pushing to downsize the U.S. military commitment in Afghanistan. But war skeptics say it’s still imperative for lawmakers to revisit the so-called Authorization for Use of Military Force that provided congressional backing for President George W. Bush’s global war on terrorism after the attacks of Sept. 11, 2001.

“One of the things that I’m most concerned with is this blank check any president has based on the 2001 AUMF,” Rep. Eliot Engel, the New York Democrat in line to chair the House Foreign Affairs Committee, said in an interview. “I voted for it, it was necessary at the time, but I never would’ve imagined that any president could use it as sort of a get-out-of-jail-free card. A card to do whatever you want to do.”

Since the 2001 vote, three presidents have used the authorization to justify open-ended hostilities in countries across Asia and Africa, including against terror groups like the Islamic State that didn’t exist when al-Qaida struck the World Trade Center and the Pentagon. Congress has spurned several opportunities to revisit the authorization, even during the two years of unified Democratic control of Washington in Barack Obama’s early presidency.

Some House Republicans agree that it’s long since time to revisit the 2001 war approval.

“I do think it is constitutionally absurd that we’re still operating largely on the 9/11 AUMF,” said Rep. Mike Gallagher, a Wisconsin Republican and Marine veteran of the war in Iraq.

Gallagher, who as an aide to outgoing Republican Sen. Bob Corker of Tennessee helped draft a new war authorization, contends that the Constitution gave the commander-in-chief wide latitude to use the military to repel sudden attacks. It was “not to sort of go all around the world to kill people that weren’t born on 9/11 or to conduct strikes against facilities controlled by a regime in the Middle East,” he said.

“I think Congress has been derelict in its duty and it is long past time for us to revisit this issue,” he added in an interview.

Engel says he plans to see “if we can come up with a … bill that can encompass all the concerns that we have. I believe we’re going to do it and we will do it.”

He may find new allies in the GOP, including in the Senate, which in mid-December passed a rare bipartisan resolution urging a halt to U.S. military assistance to Saudi Arabia in its war with Yemen’s Houthi rebels. Senators of both parties have pushed in recent years for greater oversight of myriad other conflicts.

The GOP-led House has gone the opposite direction, including passing a rule this month that barred resolutions limiting U.S. military assistance for the Saudis in Yemen.

But when Democrats take over in January, Rep. Jim McGovern of Massachusetts will chair the Rules Committee, which has a big say in what the House debates and votes on. He has offered numerous bill amendments in recent years aimed at revisiting the 2001 authorization.

The Rules Committee “has routinely denied” McGovern’s amendments, he recalled in an interview.

“I would like to think that now that I’m chair I won’t deny my own amendments and we will be able to have a vote,” he added. “I hope we’re going to see movements by the new chairs. If not, I fully expect that people will be offering amendments to try to force a new AUMF.”

Congress’ war powers have long been a source of heated debate, with wide disagreement between the executive and legislative branches over where the president’s constitutional role as commander-in-chief ends and Congress’ authority to declare wars begins.

The 1973 War Powers Resolution — approved over the veto of then-President Richard Nixon, who deemed it unconstitutional — requires the president to report to Congress when deploying troops in combat. It also mandates they be withdrawn if Congress does not grant approval within 60 days.

But Congress has rarely invoked the law, giving presidents wide latitude on questions of war and peace.

“In the post-Cold War world, Presidents have continued to commit U.S. Armed Forces into potential hostilities, sometimes without a specific authorization from Congress,” according to a new assessment published by the nonpartisan Congressional Research Service, the research arm of Congress.

Congress passed the 2001 war authorization overwhelmingly, with just one dissenting vote in the House. (Lawmakers approved 2003’s U.S.-led invasion of Iraq under a separate war authorization that Congress has also not revisited and has also been cited as justification for U.S. military operations in neighboring Syria.)

The 2001 resolution has come under greater scrutiny as presidents have used it as legal justification to insert troops in a host of other nations.

But efforts in Congress to revisit the issue have foundered. Those include a proposal adopted by the Senate Foreign Relations Committee in 2014 and a proposal by Obama in 2015.

There remain wide disagreements over how restrictive a new authorization should be, including whether it should mandate where troops should operate or how long it should last before Congress needs to weigh in again. But House Armed Services member Seth Moulton (D-Mass.), a Marine veteran of the Iraq War, argues that congressional debate on the newer conflicts is important — and that the lack of it has contributed to “mission creep … in places like Yemen, with errant American contractors we have no accountability over, whatsoever.”

Moulton acknowledged that changing course won’t be easy, faulting the GOP for its role in the long-running stalemate.

“It’s going to be hard,” he said. “Republicans don’t seem to want to live up to their constitutional responsibility to determine when and how we go to war.”

Gallagher, the Wisconsin Republican, said he still worries that Democrats could go too far and “load an AUMF with all sort of tactical or geographic restrictions, which I think would be unwise.”

Instead, he’s pushing for an authorization that’s similarly as broad as the original one but with a set time limit, such as “five to seven years, that would force Congress to look at this again.” He would also favor “robust reporting” from the White House on the progress of all the disparate operations.

That may not be enough for some Democrats like McGovern who believe a new and similarly broad authorization isn’t enough.

“I can’t promise you than an AUMF that comes out of the House Foreign Affairs Committee is something I would support,” he said. “But this is the right debate to be having. At a minimum we should be reviewing this. That would certainly be an improvement on what is happening right now.”

Source: https://www.politico.com/story/2018/12/24/democrats-911-war-powers-military-1074808
Droolin’ Dog sniffed out this story and shared it with you.
The Article Was Written/Published By: ghellman@politico.com (Gregory Hellman)