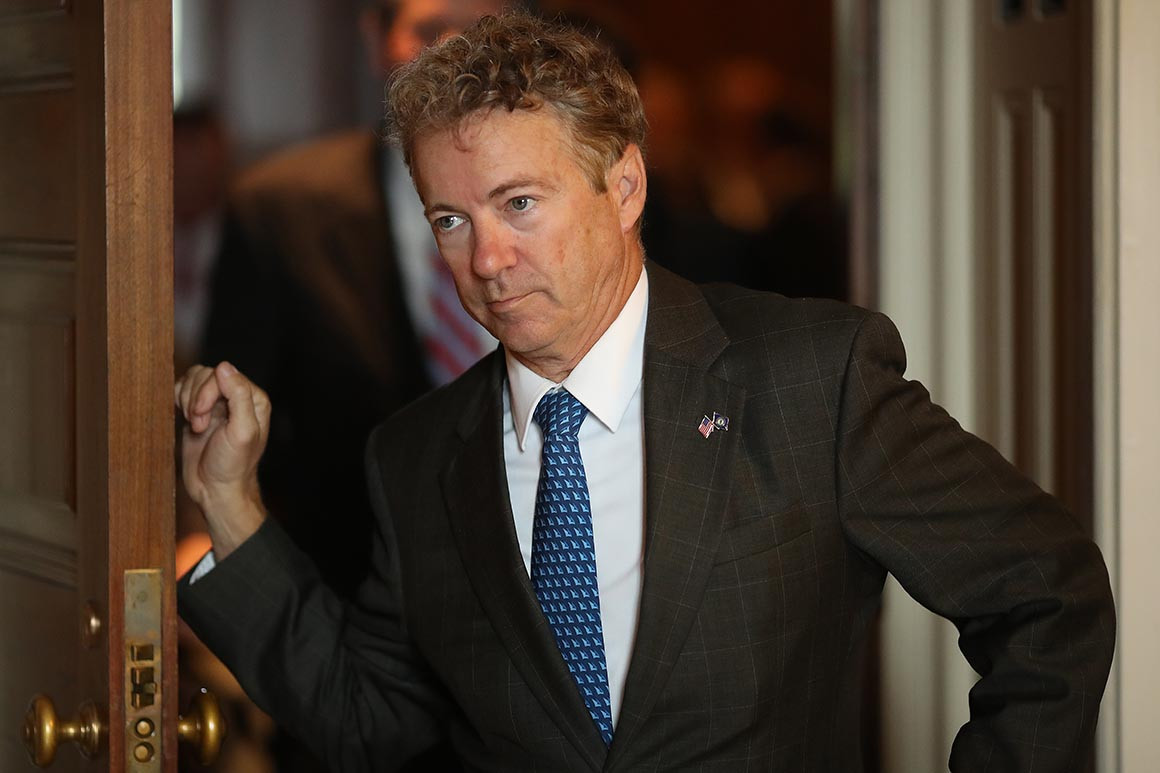 Warning of the dangers of an “explosive expansive war,“ Sen. Rand Paul said Sunday he is “very proud of the president” for withdrawing American troops.

“The American people are tired of war,” the Kentucky Republican said in response to questions about President Donald Trump’s announcement that U.S. troops will be pulled out of Syria.

Appearing on CNN’s “State of the Union,” Paul cited “roads, bridges, schools“ as things in America on which money now being spent on combat on Syria (“an absolute mess”) and elsewhere could be better spent.

He also was sharply critical of military leaders, including Defense Secretary James Mattis, who he said wanted to continue fighting “forever” wars without a strategy to end them or win them. Mattis resigned not long after Trump’s Syria announcement.

“I think the burden should be on General Mattis and those who want to stay forever in every war theater around the world, the burden is on them to say, if there’s no military solution, why are we still sending more military,” Paul said to host Jake Tapper.

Paul said a complicated diplomatic solution will still be needed to resolve the situation in Syria, involving Russia and Turkey, among others.

“We’ve made it toxic for anyone to talk to Russia,“ Paul said, adding: “If we don‘t talk to Russia, we’re never going to find a peaceful solution to the Syria mess.”

Discussing the government shutdown with host Jake Tapper, Paul said he doesn’t want to add more to the deficit in order to fund a border wall, but he thought that funding for Trump‘s border wall could be found in money now being used overseas.

“Right now we’re spending $50 billion a year in Afghanistan. We could easily find $5 billion for a wall if we weren’t so busy building and rebuilding Afghanistan,” he said.

“It‘s going to be a problem for him if he doesn’t walk this back,” Santorum said of Trump’s Syrian withdrawal.

Source: https://www.politico.com/story/2018/12/23/rand-paul-trump-syria-withdrawal-1074501
Droolin’ Dog sniffed out this story and shared it with you.
The Article Was Written/Published By: dcohen@politico.com (David Cohen)