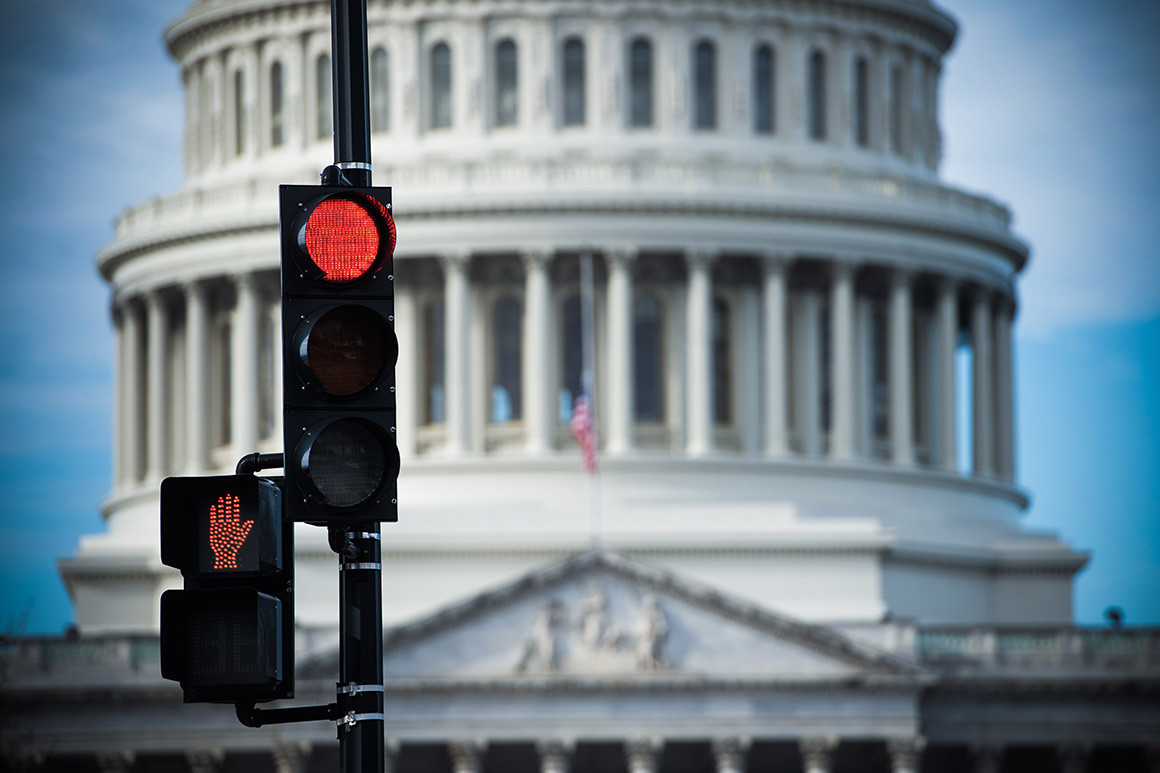 Even a partial government shutdown would be painful for taxpayers and federal workers.

Without a political breakthrough by midnight Friday, funding is in peril for the departments of Homeland Security, Transportation, Justice, Commerce, State, Agriculture, Interior, Treasury and Housing and Urban Development, plus agencies like the EPA, FDA and IRS. Cutting off the federal cash flow would freeze many essential services and progress on long-term projects.

Left untouched are the departments of Health and Human Services, Veterans Affairs, Energy, Labor, Education and Defense — and congressional operations.

— Research and training stops cold: For many agencies that have no national security role, shutdowns mean only a skeleton staff is kept on. Just 60 full-time employees out of more than 2,000 at the National Science Foundation would stay at work during a lapse, and the agency would stop issuing payments and reviewing grants, according to the latest posted plans.

Likewise, most research at the National Oceanic and Atmospheric Administration, as well as the National Institute of Standards and Technology, which are housed within the Commerce Department, would grind to a halt. The exception would be real-time modeling used for hurricane tracking and flight planning for the Federal Aviation Administration.

At departments like State and Homeland Security, essential training courses for emergency responders who help during disasters, Foreign Service officers and airport security screeners are all canceled during shutdowns. For TSA, which has frequent employee turnover among its frontline workforce, that means a delay in on-boarding thousands of new security screeners ahead of a spring break season that is likely to break another record for most air travel.

Happily for holiday travel, TSA agents at airports would stay on duty during a shutdown.

— Time wasted determining “essential” services: The federal workforce spends thousands of hours prepping for and recovering from government shutdowns. Even employees who aren’t “excepted” from a lapse are required to report to work “to commence an orderly shutdown” and sign their furlough letters, unless their supervisors say otherwise.

Then there are the case-by-case calls that have to be made about whether cutting personnel or support would pose an “imminent threat to human life.”

In the contingency plan EPA released this week, the agency explains it will be evaluating more than 800 Superfund sites, where land has been contaminated by hazardous waste, to decide how to proceed in the case of a shutdown. The agency says it would keep up work if, for example, halting a drainage treatment plan would cause contaminants to release into a stream that provides drinking water to a community.

— A blow to morale: Many of the affected departments have yet to make the call on exactly which types of federal employees would be deemed “essential” and stay on as furloughed in a shutdown. But Democratic spending leaders in the Senate predict that letting the seven remaining spending bills lapse would result in about 380,000 positions furloughed and roughly 420,000 federal employees going without pay.

Federal workers have gone through enough shutdowns in recent decades for word to get around that they can count on Congress to provide back pay once the shutdown concludes. A drawn-out funding lapse means employees could be on the hook, though, for making mortgage, student loan or car payments before that late paycheck rolls in. And morale is already low at many of the affected agencies.

For 2018, the Partnership for Public Service ranked the departments of Homeland Security, Agriculture and State as among the worst large agencies to be employed as a federal worker in the annual list that officials closely watch to track government workforce trends.

— Middle America feels the administrative delays: The administration has tremendous leeway to make the case for certain federal workers to be considered “excepted” from the shutdown and to continue working in the interest of national security, as well as “the safety of human life or the protection of property.” And the Trump administration already used that latitude to lessen the blow of the almost three-day lapse in January. Some federal work just can’t be saved from a shutdown, though.

At USDA, for example, food safety inspectors would continue to ensure meat and poultry is safe to sell and eat. But a shutdown would shutter the Farm Service Agency, which offers loans to farmers when they can’t get commercial credit from a bank, potentially delaying the processing of loan applications as farmers head into planting season this spring.

Processing of loans from the Federal Housing Administration and Small Business Administration would be delayed, as well as HUD payments to public housing agencies.

And the IRS, about to begin filing season, is expected to furlough about 52,000 employees. However, a government shutdown alone wouldn’t force the IRS to delay the start of the tax filing season early next year, a senior agency official has said. Even so, the agency might not start accepting tax returns until February, somewhat later than its usual January time frame.

Under the umbrella of the Interior Department, National Park Service sites and wildlife refuges would remain open. But services provided by NPS would stop — meaning no bathrooms, trash collection, road maintenance or visitor information.

— The longer, the harder: Some agencies initially coast on money from “multiyear” and “no-year” appropriations that aren’t constrained by the current fiscal calendar, or use cash from fees they collect. But those more-flexible funds can dwindle quickly without a regular spending stream.

The judiciary, for example, estimated in 2013 that it could operate for about 10 workdays using funds from court filings, other fees and appropriations Congress already allows to be used at any time. Then in fiscal 2018, the judiciary predicted operations could continue for about three weeks without a new appropriation.

Bernie Becker contributed to this report.

Source: https://www.politico.com/story/2018/12/21/partial-government-shutdown-effects-1039883
Droolin’ Dog sniffed out this story and shared it with you.
The Article Was Written/Published By: jscholtes@politico.com (Jennifer Scholtes)