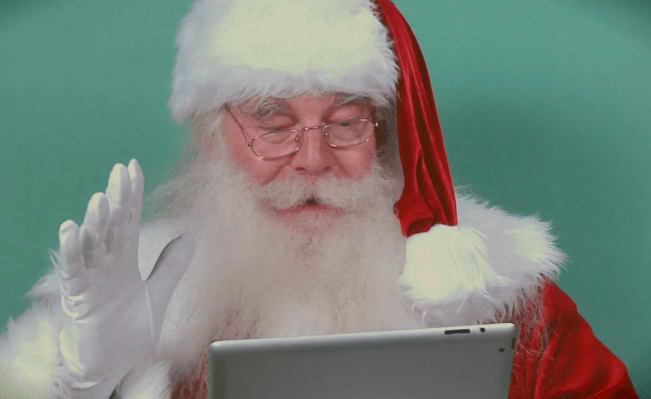 For more than 60 years, the North American Aerospace Defense Command, better known as NORAD, and its predecessor, the Continental Air Defense Command (CONAD) have tracked Santa’s flight around the world on Dec. 24.

And it will continue this year, even if there’s a government shutdown, the operations center said Friday in a tweet.

In the event of a government shutdown, NORAD will continue with its 63-year tradition of NORAD Tracks Santa on Dec. 24. Military personnel who conduct NORAD Tracks Santa are supported by approximately 1,500 volunteers who make the program possible each and every year. pic.twitter.com/fY0oyjrdDc

The NORAD Santa tracker is supported by some 1,500 volunteers who staff telephones and computers to answer calls and e-mails from children (and adults) from around the world, according to NORAD.

People can get live updates are through the NORAD Tracks Santa website, which is available in seven languages, over telephone lines, and by e-mail. There’s even live updates on Twitter.

The tradition all began over a misprinted phone number in an advertisement in the local paper. The ad said, “Hey, Kiddies! Call me direct and be sure and dial the correct number.” When a young child called that December 24, in 1955, it went to the CONAD operations center in Colorado Springs, Colo.

Colonel Harry Shoup, who was on duty that night, answered the phone. It wouldn’t be the first child who called that night. Shoup  had his operators find the location of Santa Claus and reported it to every child who phoned in, kicking off what would become an annual tradition.

Source: https://techcrunch.com/2018/12/21/norad-santa-tracker-will-stay-on-even-if-the-government-shuts-down/?utm_source=feedburner&utm_medium=feed&utm_campaign=Feed%3A+Techcrunch+%28TechCrunch%29
Droolin’ Dog sniffed out this story and shared it with you.
The Article Was Written/Published By: Kirsten Korosec