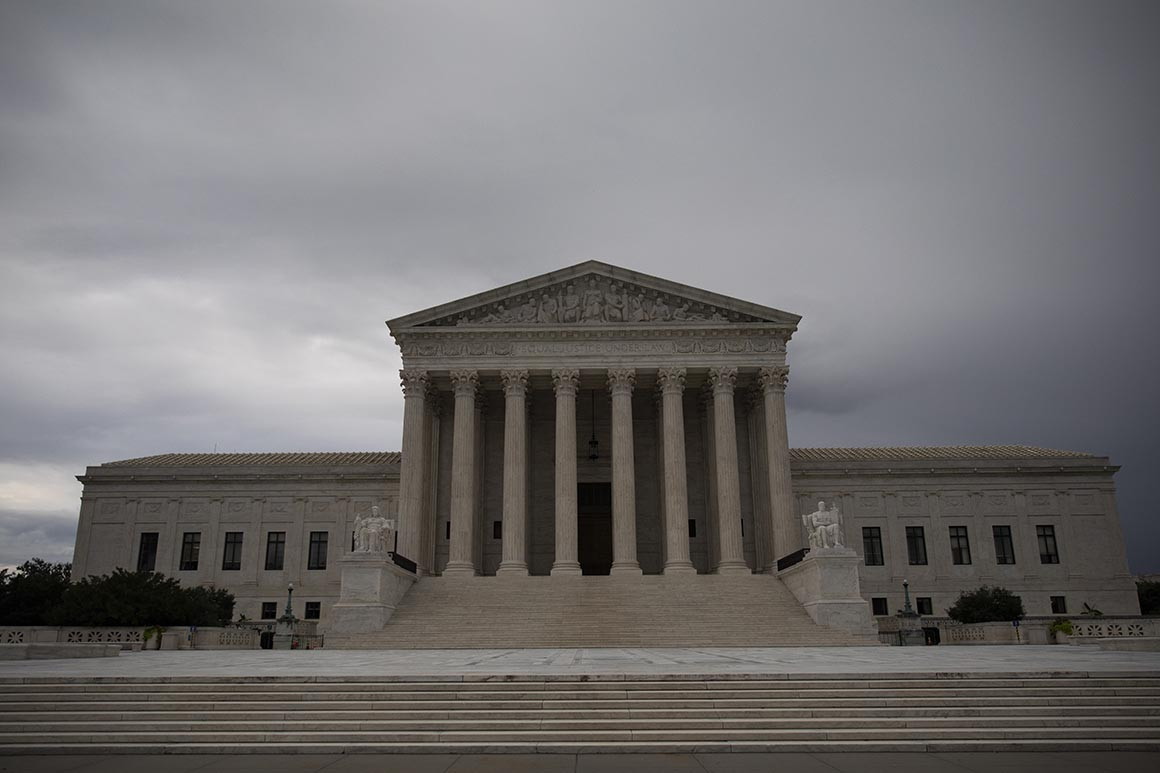 Who’d have guessed it in these tawdry times? But here come the legendary Comanche asking the U.S. Supreme Court to weigh in on what Washington means by “appropriate” in its federal regulations.

The tribe’s leaders, angered by their treatment at the hands of the Interior Department, voted Thursday to petition the justices for a hearing on their complaints. It’s a long shot, for sure, but emotions ran high at the meeting in Oklahoma.

“I believe our people are rallying us from our ancestors. I do. I really do,” said William Nelson Sr., the Comanche tribal chairman. “Let’s go for the ride. … If we’re victorious, our ancestors were for us.”

The fight stems from Interior’s decision last year to go around the Comanche and approve — without any consultation — a rival casino project within miles of the tribe’s ancestral lands near the Red River in western Oklahoma. The Comanche were so blindsided that construction had already begun on the casino even before the department published a delayed notice of its decision in July 2017.

The result cost the Comanche precious time in seeking relief, and it’s haunted their efforts since in the federal courts.

The latest setback came last week when the U.S. 10th Circuit Court of Appeals further undercut the Comanche in a ruling that assigned immense latitude to Interior in deciding what Indian tribes qualify as “appropriate” under guidelines for the National Environmental Protection Act.

In a 13-page opinion, the three-judge panel acknowledged that federal agencies are obliged to consult with “appropriate State and local agencies and Indian tribes” under NEPA rules. But it quickly added: “The regulation’s use of the term ‘appropriate’ suggests an agency possesses discretion in determining which bodies to consult.”

To be sure, federal regulations are peppered with the word “appropriate” to allow some discretion. Getting a concise definition is hard since legal experts admit its meaning often lies in the eye of the beholder.

But the Comanche would argue that Interior had to close both eyes to be so blind to the tribe next door and its long history in the region going back to 18th-century battles with the Spanish on the Red River.

Indeed, Webster’s dictionary lists “congruent” as one synonym for “appropriate.” And to look at a map of Oklahoma, the combination of geography, history and gaming interests on the Comanche’s side are “congruent” with those same factors for the casino applicant and owner, the powerful Chickasaw Nation.

What’s more, NEPA is just one of several federal statutes, including the Indian Gaming Regulatory Act and the National Historic Preservation Act, according to which the Comanche felt they deserved consultation. For example, the same use of “appropriate” pops up in letters from state officials urging more consultation about the casino project with “appropriate” Native American tribes under the Preservation Act.

None of this appears to have registered with the 10th Circuit.

“We’re floored by the fact that they walked past all of it,” said Richard Grellner, the Comanche’s attorney. Robert Tippeconnie, the Comanche’s secretary treasurer and one of those voting Thursday, said the judges gave so much discretion to the government that the regulations were rendered meaningless.

“I am just dismayed by how the court treated the lack of consultation,” said Tippeconnie. “A federal agency should apply and be subject to the law.”

But getting heard by the Supreme Court is no easy matter. The Comanche must find four justices willing to sign onto a writ of certiorari asking that the record be called up from the 10th Circuit.

Thousands of such petitions go nowhere each year, and in this case the Comanche will face opposition not only from the federal government but the wealthy Chickasaw, who are impatient to have the case closed.

“As we have said, the Comanche Nation’s lawsuit fails to raise any factual or legal point of merit,” said Stephen Greetham, senior counsel for the Chickasaw. “With this appeal completed, we are confident the district court will now proceed with dismissal of the entire case.”

That said, all this comes as the Supreme Court is already dealing with a second Indian law case — also rooted in Oklahoma — which could give the Comanche a lift. The justices recently asked for supplemental briefs to help it sort through that legal tangle. And the Comanche are expected to review the first of these, due Dec. 28, for some guidance in shaping its own petition.

Associate Justices Neil Gorsuch and Elena Kagan stand out as important to the tribe’s chances.

Gorsuch is better-schooled on Indian law issues than many on the high court but may also be reluctant to go against his old 10th Circuit colleagues. Kagan played a lead role in a landmark 2012 decision that opened the door for the Comanche’s lawsuit. And in oral arguments then, she and the late Antonin Scalia were skeptical of the two-step process by which Interior takes land into trust for a tribe with the sole intent of next approving Indian gaming on the property.

That skepticism is relevant here given Interior’s latest explanation of why it had not consulted with the Comanche in the casino review process.

Prior to the 10th Circuit ruling, Interior had refused to answer POLITICO’s questions, citing the pending litigation. This week it came back with the answer that it had no obligation to consult with the Comanche since the land taken into trust for the new casino was within the boundaries of the Chickasaw’s former reservation.

“The regulations do not require consultation with another Indian tribe,” the department wrote in its emailed response.

But that ducks the point that Kagan has made: The distinctions between the two steps are “artificial,” in her words, since approving gaming is the real intent behind taking the land into trust. “The government doesn’t acquire this land with no object in mind,” she said in 2012.

Moreover, most of the statutes cited by the Comanche, like NEPA, were never triggered by the fee-to-trust action. It was the gaming purpose and construction of the casino itself that demanded consultation.

Whatever the outcome, the fight has already exposed years of resentment over how Washington treats the poorer Plains tribes of western Oklahoma, like the Comanche, versus the more powerful Five Civilized Tribes in the east.

The Chickasaw are the richest and most politically connected of the Five. The new Red River casino behind the court fight is the 22nd in an empire that is pushing westward and poses more of a threat to the smaller gaming operations run by the Plains tribes.

The rising anger among the Western tribes came through in Nelson’s remarks. “Now we’re billionaires and all the other tribes, eat our dust?” he said of the Chickasaw. “I say, heck no. No. We can’t do that. We can’t. We just can’t. I’m sorry. Could somebody say ‘amen’ on that?”

Source: https://www.politico.com/story/2018/12/21/comanche-supreme-court-interior-department-casino-1073725
Droolin’ Dog sniffed out this story and shared it with you.
The Article Was Written/Published By: drogers@politico.com (David Rogers)