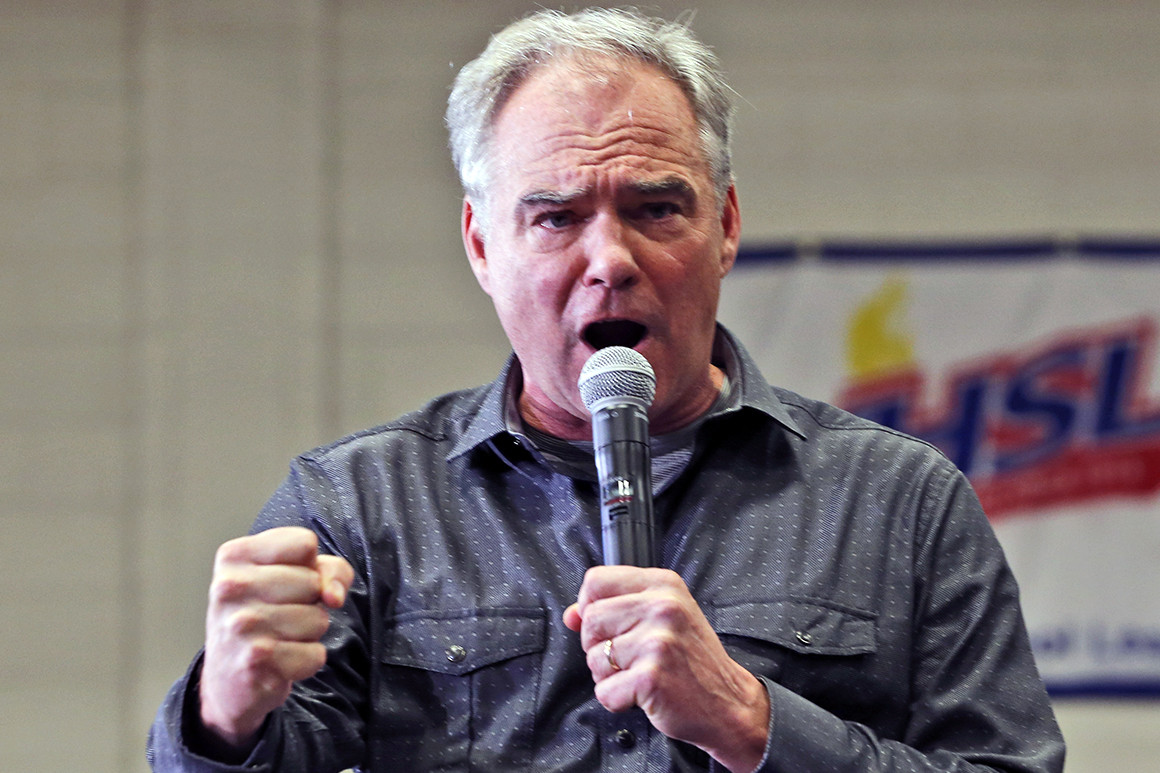 Democrats had a great night on Nov. 6, winning the House, a number of state legislatures and governorships and limiting our losses in the Senate despite a brutal map. In Virginia, we flipped three House seats from Republican to Democrat with strong women candidates and I won my Senate re-election bid by 16 points. Our 2018 successes cap a remarkable stretch of wins since 2001 that has made Virginia perhaps the best red-to-blue turnaround in the country.

But these successes can obscure an important warning for Democrats in Virginia and nationally: our party is struggling with voters on national security and the economy.

Even with our significant victories, our polling after the election showed two stark deficits Democrats must address. First, when asked which party more reliably can keep America safe, even the Democratic-leaning Virginia electorate gives Republicans a seven-point edge. Second, when asked which party is a greater risk on the economy, Virginians said Democrats by that same seven-point margin.

We were able to overcome that deficit because we helped Virginians see our candidates differently than they may have felt more broadly about the Democratic Party. I emphasized my work on the Armed Services Committee and strong record as a pro-economic growth mayor and governor to ultimately outperform my Republican opponent on both these issues by double digits. Our winning congressional candidates each had strong security backgrounds – Jennifer Wexton was a successful prosecutor, Elaine Luria a Navy commander, Abigail Spanberger a CIA analyst. We spoke clearly and plainly to voters’ safety concerns.

Likewise, while voters may trust Republicans more not to put the economy at risk, we benefited from their trust of Democrats on a whole host of other issues that matter deeply to them—health care, education, the environment, Social Security, equality. Our candidates spoke passionately on these topics, while affirming our belief that our economy works best when it helps working people and the middle class, not just those at the very top.

There are many other reasons for our successes—hard work, a concerted effort to appeal to Virginia’s changing demography, a willingness to run and govern as practical progressives, the state GOP penchant for nominating ideological culture warriors, the unpopularity of President Donald Trump.

But the fact remains, Democrats have work to do on national security and jobs. If we lag behind Republicans in Virginia, it’s likely our brand is even worse in other, more GOP-friendly battleground states. We would be foolish to cede the spotlight on these two critical issues in the hope that we could make up the gap elsewhere.

Despite an outsized media obsession with relatively minor divisions, Democrats are quite united on most issues. But we are curiously absent on national security messaging, despite the fact that many of our officeholders have strong expertise on the topic. We should speak up and speak out on behalf of strengthening security, supporting our troops and veterans and restoring robust diplomacy and alliances to keep us safe. President Trump’s bumbling with North Korea, impotence against Russia, and emboldening of white nationalists have made us less safe today than we were two years ago.

Our weaknesses on these two important issues can be fixed if our party shows a willingness to harmonize our economic perspectives and bring security messaging to the fore in our campaigns, so voters understand Democrats are the party of both economic growth and keeping the country safe.

As we turn our eyes to 2020, we should look to places like Virginia and Colorado for strategies to replicate. As we elevate the diverse new voices coming into our party, we need a fresh approach to traditional Democratic positions.

Let’s make immigration reform as much about the strength of our workforce as a civil rights issue. Let’s make climate change a national security imperative as much as a question of environmental stewardship. We can be true to our long-held beliefs while truthfully connecting these issues to the bread and butter concerns constant in people’s lives.

Americans want leaders who can keep them safe and grow the economy. Our success in 2020 and beyond will depend on us showing voters that Democrats are a better bet to do it.

Source: https://www.politico.com/magazine/story/2018/12/20/tim-kaine-national-security-223413
Droolin’ Dog sniffed out this story and shared it with you.
The Article Was Written/Published By: Tim Kaine