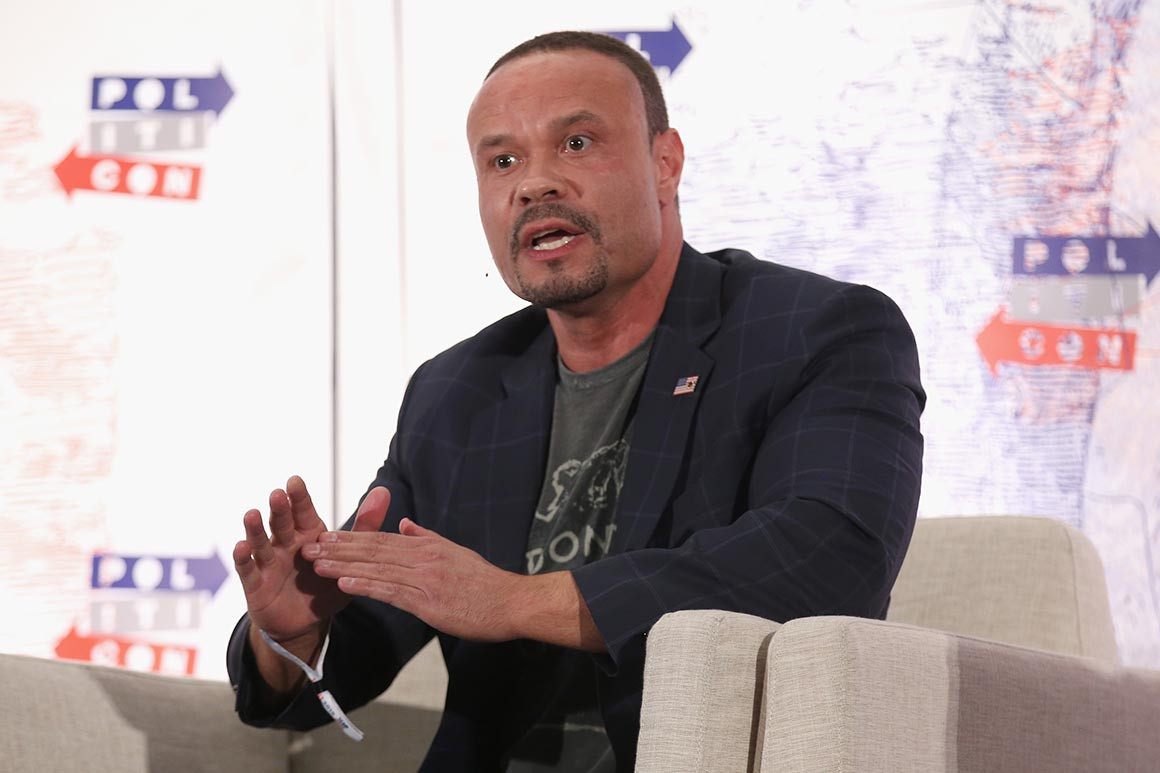 First there was Rush, Breitbart, Drudge and Ann Coulter, all going at President Donald Trump over his apparent retreat on demands that the spending bill include $5 billion for his long-promised border wall.

That was bad enough.

But then there was Fox News. Even its prime-time programming — normally Trump’s strongest bulwark of support — didn’t spare him. Guest-hosting for Sean Hannity on Wednesday night, frequent Trump cheerleader Dan Bongino led the show with a segment on the wall, declaring that members of Trump’s base “want their wall and they want it now.”

The criticism may have added up: Under intense pressure from conservative media, Trump now appears to be reversing his reversal, declaring that no funding deal can go forward without money for the wall. On Thursday morning, press secretary Sarah Huckabee Sanders issued a statement, saying, “The President is having a meeting with Republican House Members at noon today. At this moment, the President does not want to go further without border security, which includes steel slats or a wall. The President is continuing to weigh his options.”

It was a remarkable turn of events for conservative media, which has by and large excused nearly every bit of trouble that’s cropped up around Trump since he took office. But the wall — an issue Trump himself whipped to prominence during his presidential campaign — may have proven a bridge too far. Particularly once Trump’s favorite network, Fox News, got into the act.

On Wednesday evening, the network led its website — by far the most visited news site among conservatives — with a forlorn-looking picture of the president photoshopped over a dusty segment of border wall, alongside the headline: “TRUMP BACKERS FRUSTRATED: Top conservative figures decry signs of ‘gutless’ retreat on border wall.”

The story it linked to did not mince words, relaying frustration on the right that Trump’s “move has not only broken a campaign promise, but also undermined his credibility as a dealmaker.”

On Thursday morning, “Fox & Friends“ did not hold back either, opening its 6, 7 and 8 a.m. hours with a smash cut that included Rush Limbaugh criticizing Trump and House Freedom Caucus leader Mark Meadows lobbying for Trump to veto the funding bill.

At one point, guest host Jedediah Bila said, “This is going to be a problem for Republicans. I think a lot of people who voted for President Trump counted on him on this particular issue. I think their feet were to the fire and you see a lot of people around the country saying, ‘Wait, hold on a second; you told us that you weren’t afraid to shut down the government, that’s why we like you. What happened? You just gave in right away.‘”

Fellow guest host Ed Henry tried to argue that Trump had a bad political hand and the border was safer than under President Barack Obama, but host Brian Kilmeade wasn’t having it. “I don’t know, it seems like chaos,” he said.

The criticism on Fox followed a day of wallopings across conservative media. Most prominently, Ann Coulter ripped Trump across multiple platforms on Wednesday, including calling him “gutless” on Twitter and in a Breitbart column. Speaking to The Daily Caller, she declared that she would not vote for him in 2020 and his administration will “just have been a joke presidency who scammed the American people.”

Her criticism apparently stung enough that Trump seems to no longer be following her on Twitter.

But Coulter was hardly alone. Limbaugh inveighed on his show, “Trump’s gonna get less than nothing” — a quote that quickly became the headline leading Breitbart, spurring more furious reactions.

On Thursday morning, The Drudge Report seemed almost to be taunting Trump, with a banner headline declaring, “Pelosi Holiday Cheer … Dancing at Bar After Wall Win,” set below the now famous picture of Democratic Leader Nancy Pelosi walking triumphant — sunglasses on — out of her showdown meeting with Trump last week in the Oval Office.

On Twitter, some of the president’s critics actually were taunting him and his supporters. On Wednesday night, Fox News prime-time host Laura Ingraham tweeted, “It was supposed to be a ‘big beautiful wall’ with a ‘big beautiful door.’ Now it’s just an open door with no frame. Unreal. #BorderDisorder #GOPFail.”

On Thursday morning, George Conway, a frequent Trump critic and husband of top adviser Kellyanne Conway, replied, “Be careful, Laura, he might unfollow you!”

Source: https://www.politico.com/story/2018/12/20/conservative-media-trump-border-wall-1071391
Droolin’ Dog sniffed out this story and shared it with you.
The Article Was Written/Published By: Jason Schwartz