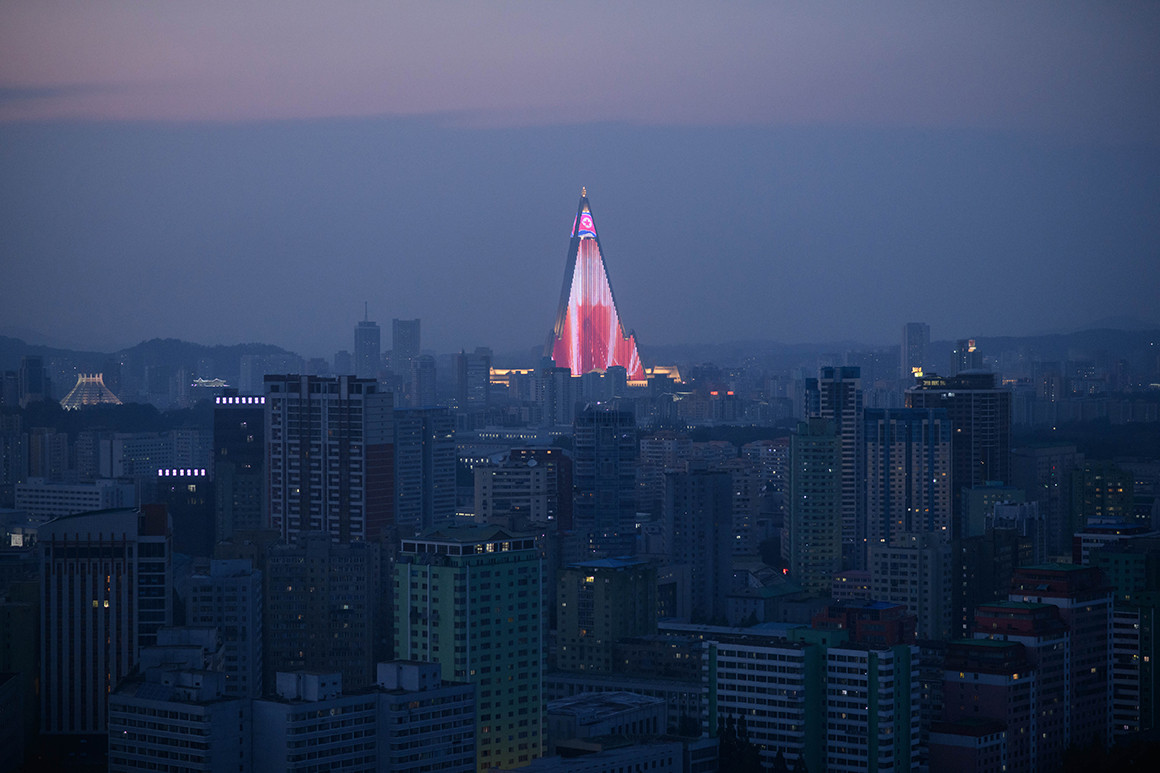 SEOUL, South Korea — The Trump administration’s special envoy for North Korea said Wednesday that Washington is reviewing easing its travel restrictions to North Korea to facilitate humanitarian shipments as part of efforts to resolve an impasse in nuclear diplomacy.

Stephen Biegun made the comments upon arrival in South Korea for talks on the nuclear negotiations, which have seen little headway since a summit between President Donald Trump and North Korean leader Kim Jong Un in June, when they issued a vague vow for a nuclear-free Korean Peninsula without describing how or when it would occur.

Biegun said his discussions with South Korean officials will be about how to work together to engage with North Korea “in a manner that will help us move forward and move beyond the 70 years of hostility.”

Toward that end, Biegun said he was directed by Secretary of State Mike Pompeo to review America’s policy on humanitarian assistance provided to North Korea.

“I understand that many humanitarian aid organizations, operating in the DPRK, are concerned that strict enforcement of international sanctions has occasionally impeded the delivery of legitimate humanitarian assistance to the Korean people,” Biegun said, referring to North Korea by its official name, the Democratic People’s Republic of Korea.

He said he’ll sit down with American aid groups early in the new year to discuss how the U.S. government can “better ensure the delivery of appropriate assistance, particularly, through the course of the coming winter.”

“We will also review American citizen travel to DPRK for purposes of facilitating the delivery of aid and ensuring that monitoring in line with international standards can occur,” Biegun said. “I want to be clear — the United States and the United Nations will continue to closely review requests for exemptions and licenses for the delivery of assistance to the DPRK.”

North Korea didn’t immediately respond to Biegun’s comments. Talks between Washington and Pyongyang have been stalled for months, with the two sides at an impasse over next steps following Trump’s meeting with Kim in Singapore and several trips to Pyongyang by Secretary of State Mike Pompeo.

The United States wants North Korea to provide a detailed account of nuclear and missile facilities that would be inspected and dismantled under a potential deal, while the North is insisting that sanctions be lifted first. In the meantime, several reports from private analysts have accused North Korea of continuing nuclear and missile development, citing details from commercial satellite imagery.

Biegun said the United States came to have “greater confidence about the safety and security of Americans traveling to the DPRK” after North Korea in November released an American held for an alleged illegal entrance to the country. “The government of the DPRK handled the review of the American citizen’s expulsion expeditiously and with great discretion and sensitivity through diplomatic channels,” he said.

The United States banned its citizens from traveling to North Korea following the death of American college student Otto Warmbier, who died days after he was released in a coma from North Korea last year following 17 months in captivity.

Warmbier’s death came amid heightened animosity on the Korean Peninsula, with Trump and Kim exchanging crude insults and war threats over North Korea’s series of nuclear and missile tests.

Tensions have gradually eased since early this year, when Kim abruptly reached out to the United States and South Korea with an offer to negotiate away his advancing nuclear arsenal.

Since its entrance to the talks, North Korea has unilaterally dismantled its nuclear testing site and parts of its rocket engine test facility and taken some conciliatory gestures, including the repatriation of three other American detainees ahead of the June summit.

Source: https://www.politico.com/story/2018/12/19/trump-north-korea-lift-travel-ban-1068727
Droolin’ Dog sniffed out this story and shared it with you.
The Article Was Written/Published By: (The Associated Press)