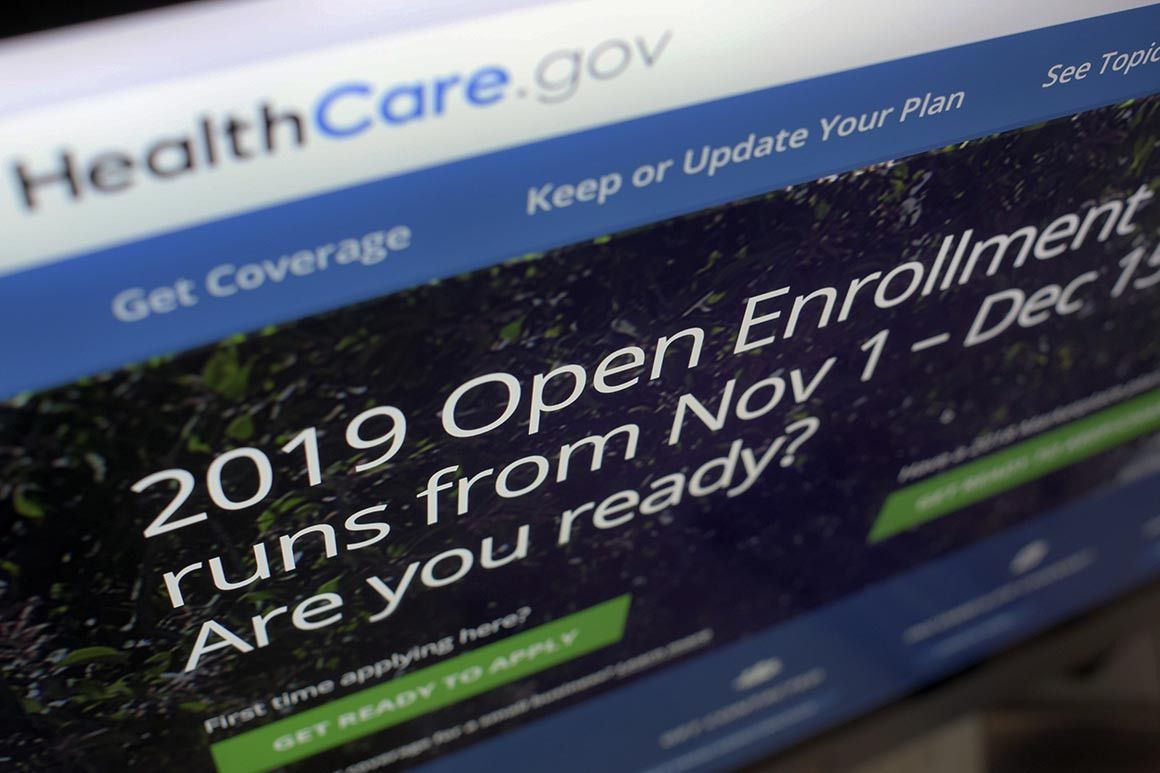 Millions of middle-class Americans who get health coverage through work have been getting Obamacare benefits for years — whether they know it or not.

And millions of older Americans who rack up big drug costs under Medicare get more financial help through Obamacare — whether they know it or not.

Now a Texas federal judge who just invalidated the entire health care law has put them at risk — whether they know it or not.

The sweeping court ruling shows how hard it is to relitigate parts of Obamacare without harming measures that benefit virtually every American, including people who don’t even buy insurance from the Obamacare markets.

“The Affordable Care Act has a lot of provisions people are very familiar with, but also a lot of things critical to some populations that are not as well-known,” said Sen. Tammy Baldwin (D-Wis.), who just won reelection with a campaign heavily focused on defending popular patient protections. “With the sweeping ruling … all of those are placed in jeopardy, and people face real uncertainty.”

Since U.S. District Judge Reed O’Connor’s surprise decision Friday night, most of the attention has focused on the immediate threat to pre-existing condition protections and health insurance for 20 million people covered through Obamacare’s Medicaid expansion and subsidized insurance markets. If the ruling is ultimately upheld after appeals, that would all be wiped away.

But the 2010 health law has numerous other benefits that millions more have been getting for years now and have come to take for granted. Features like letting young adults stay on their parents’ plan, eliminating caps on insurance benefits, free preventive care and helping seniors pay their drug bills are popular among Democrats and Republicans alike — though polling shows people don’t always know they were part of Obamacare.

“A lot of this has flown under the radar; people can’t identify that the Affordable Care Act gave them these things,” said Mollyann Brodie, who runs Kaiser Family Foundation’s polling. “But once you give people something, they get concerned when you take it away.”

“Obamacare had all the bad stuff — the Affordable Care Act is different,” said Tom Miller, a health care expert at the conservative American Enterprise Institute, gently mocking the American public’s confusion about one law known by two names.

Pro-ACA advocates plan on reminding them of those protections.

Brad Woodhouse, executive director of Protect Our Care, told POLITICO the organization is about to launch an effort to highlight these benefits, using them to try to get Republicans to join a Democratic effort to kill the Obamacare lawsuit brought by 20 conservative states — and to broaden the public constituency for preserving the law.

“All these things that are at stake — it’s a litany that we sort of got away from,” Woodhouse said. “Beginning today, we’re going to start talking aggressively about those things.”

Republicans don’t have a unified stance on these benefits. Some would favor legislation to protect certain provisions, as part of a larger post-Obamacare bipartisan deal. If people really lost their insurance, Sen. John Kennedy (R-La.) said, it would be a long-awaited catalyst for bipartisan solutions.

“If everyone around here took their meds that day, we would all get together and pass something,” he said.

Others would prefer to leave it to free markets and the states.

But as much as he detests Obamacare, Clancy thinks it will survive the court challenge “entirely or mostly intact” but with enough structural problems that Congress will have to revisit it, again and again.

“Obamacare will never be out of the woods, not for a really long time,” he said. “So it’s always going to be part of our politics, I guess.” And right now, in his view, the threat to benefits favors the Democrats.

The next phase of the political fight — activating public opinion during the appeal of the Texas ruling, which could spill into the 2020 election season — may well focus on protections like coverage of young adults, or no-charge preventive services like mammograms and childhood vaccines. That could put Republicans on defense again, much like pre-existing conditions protections did during the failed repeal efforts that set the stage for Democratic gains in the 2018 elections.

Kaiser’s most recent tracking poll, in November, found most of these middle-class coverage provisions had around 80 percent approval among the public — much higher than the health law overall. While Democrats tended to have more favorable views, a majority of Republicans also liked them.

AEI’s Miller also thinks some of the animus toward Obamacare has dissipated after the GOP eliminated the individual mandate penalty — the law’s most unpopular provision — in its tax cut last year. Getting rid of the penalty, Miller said, also made it harder for Republicans to keep up their decadelong war on a health law that contains many things people like.

Obamacare’s political constituency turned out in a big way for the midterms, becoming one of the major forces in returning Democrats to power in the House of Representatives, flipping seven governorships and recapturing more than 300 seats in state legislatures.

Exit polls found voters cited health care more than any other single issue as the most important factor in their vote, and they overwhelmingly trust Democrats more than Republicans on health policy. Obamacare has also become more popular than ever, and strong majorities say it’s important to keep barring insurers from turning away people with pre-existing conditions or charging them higher insurance premiums.

O’Connor, a George W. Bush appointee, ruled last week that Obamacare could not stand without the individual mandate Congress had scrapped. The Trump administration, which broke from tradition of defending laws the federal government enforces, had urged the judge only to strike the law’s protections for pre-existing conditions.

Republican lawmakers, including many who just campaigned on saving pre-existing conditions, have been scrambling to distance themselves from the judge’s ruling.

“The judge’s ruling was far too sweeping,” said Sen. Susan Collins (R-Maine), who faces reelection in 2020 and was one of the three GOP senators who blocked the party’s repeal efforts in 2017. “He could have taken a much more surgical approach and just struck down the individual mandate and kept the rest of the law intact.”

“There are many good provisions of the law,” Collins added. “Those should be retained.”

Source: https://www.politico.com/story/2018/12/19/obamacare-court-ruling-opposition-middle-class-1039811
Droolin’ Dog sniffed out this story and shared it with you.
The Article Was Written/Published By: aollstein@politico.com (Alice Miranda Ollstein)