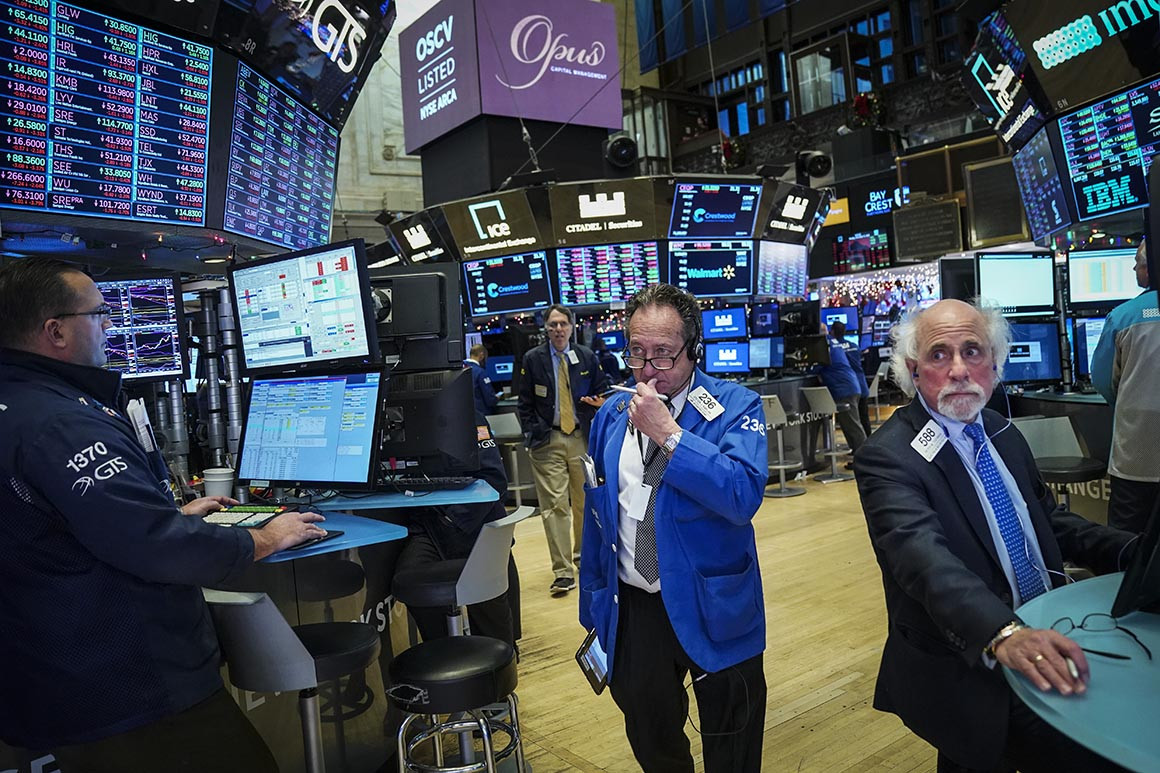 Though the move is sure to frustrate the president, it comes as the central bank continues to underscore the strength of the economy, particularly the growing number of jobs, even with unemployment below 4 percent.

“The labor market has continued to strengthen and … economic activity has been rising at a strong rate,” the Fed’s rate-setting committee said in its post-meeting statement.

The central bank did, however, indicate that fewer rate hikes might be on the way next year.

Trump has ratcheted up pressure on Fed Chairman Jerome Powell in the past week to end the central bank’s three-year-long rate hike campaign, saying it’s rattling the markets and could threaten economic growth.

On Tuesday, the president pointed to an op-ed in The Wall Street Journal suggesting that it’s time for the Fed to pause, saying: “I hope the people over at the Fed will read today’s Wall Street Journal Editorial before they make yet another mistake.”

The Fed has been gradually raising rates to keep prices from rising too rapidly and to wean the economy off cheap debt that could eventually start to threaten the stability of the financial system. Following Wednesday’s hike, its main borrowing rate sits between 2.25 and 2.5 percent.

But the Fed did signal fewer rate increases are in store going forward, with a corresponding downtick in its projections for growth next year. In September, policymakers projected that three hikes might be necessary in 2019 and that economic growth would slow to 2.5 percent. Now, the central bank is estimating two hikes and only 2.3 percent growth for next year.

Still, Powell and other central bank policymakers have emphasized in recent months that the number of rate hikes next year is highly uncertain because the central bank doesn’t know what will happen with the economy.

The central bank kept a line in its statement indicating that there is an equal chance that the economy will heat up or cool down. But in a hint that it has become increasingly wary of factors that could be a drag on growth, it added that it “will continue to monitor global economic and financial developments and assess their implications for the economic outlook.”

The Fed may ultimately end up agreeing with Trump that rate hikes need to stop next year, but it will have to convince markets that its reasons for doing so aren’t political. Those who know Powell — a Trump appointee — say he will do whatever he thinks is best for the economy, not cave in to attacks from the White House.

Powell, for his part, has continued to affirm that the Fed’s decision-making does not take political considerations into account.

Source: https://www.politico.com/story/2018/12/19/fed-raises-rates-defying-trump-1070642
Droolin’ Dog sniffed out this story and shared it with you.
The Article Was Written/Published By: vguida@politico.com (Victoria Guida)