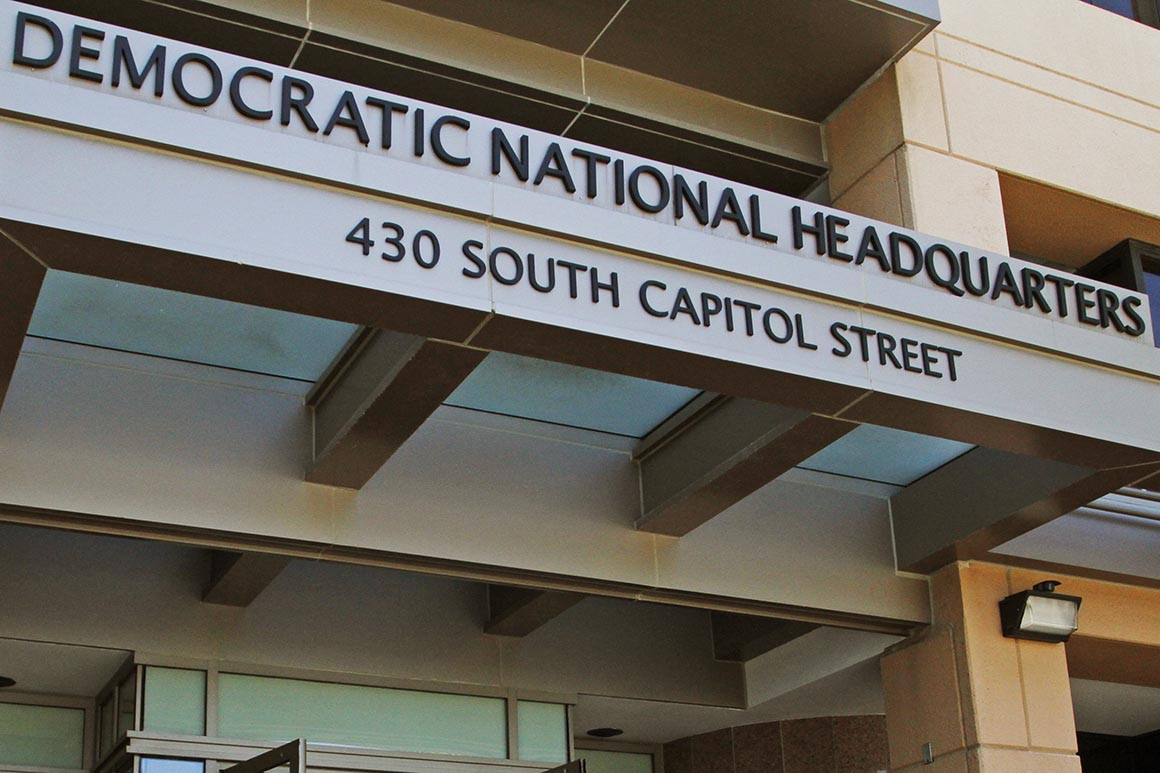 Top Democratic National Committee and state party officials met privately Tuesday to quell the public fighting and find a path forward on a contentious voter data plan that has put the two sides at odds.

They were only partly successful. Tempers have cooled, but the future of the party’s voter data, arguably its most precious asset, is no closer to resolution.

After a roughly six-hour meeting between top DNC officials and officers from at least seven state parties at national party headquarters in Washington, DNC adviser Mary Beth Cahill and Ken Martin, president of the Association of State Democratic Committees, released a conciliatory joint statement pledging that “[b]oth the ASDC and the DNC are committed to working together as we have over many years to provide the best data file and services to our stakeholders, so we can win races up and down the ballot in every zip code.”

The statement masked the simmering tensions that have marked ongoing discussions over the DNC’s advocacy of a plan modeled on the Republican Party’s data effort, and the resistance of many state party leaders to the idea.

Cahill had urged participants to keep the conversations private, according to several people in the room, after a weekend in which escalating frustrations burst into the open. On Saturday, DNC Chairman Tom Perez sent out a blistering nearly 1,400-word email to state party chairs that many felt turned the debate into a personal dispute between him and Martin, the leader of a faction offering a counterproposal that would largely build on the existing infrastructure utilized by the state parties and data vendor TargetSmart.

“At its core, the proposal by Ken Martin and Brad Martin amounts to nothing more than a rejection of the DNC’s support for and future investments in our shared Democratic data ecosystem,” Perez wrote.

Perez was upset with a data counterproposal that he viewed as a direct rebuke to the “data trust” proposal that the DNC had been working on for several months. Perez also expressed frustration that the proposal had state parties “effectively going [it] alone on technology and data.”

Martin responded to Perez on Sunday in an email to state party officials with the subject line “Shocked and Saddened.”

“In my time on the DNC I have never seen an email that was so personal and frankly contained so many mistruths and inaccuracies,” Ken Martin wrote, according to a copy of the email obtained by POLITICO. “We can disagree without being disagreeable. It was, however, extremely disappointing to see such a departure in both practice and tone from Chairman Perez and he owes me, Brad Martin, and our Association an apology for his overreaction.”

Perez and Martin met Monday evening, according to several sources familiar with the meeting. Martin and the DNC declined to comment about an apology. A DNC official said Martin and Perez “sat down together and afterward attended a holiday party where Perez acknowledged Martin in his remarks.”

“I think getting to the final conclusion, we’ll get there, I’m optimistic,” said Gus Bickford, chair of the Massachusetts Democratic Party. “You leave the largest sticking points to the end, and that’s why we’re at this point right now.”

Bickford was part of the group of state party officials in the Tuesday meeting, which included DNC Chief Technology Officer Raffi Krikorian and Perkins Coie attorney Graham Wilson, who has been advising the DNC on its “data trust” plan, according to people present.

There are still deep disagreements between the DNC and many state parties that have to be bridged to move forward. The state parties do not act as a monolith — while many are supportive of Martin’s proposal, some are inclined to sign on to the DNC’s data plan. Others are simply unsure.

A stalemate preserving the status quo could endanger the Democrats’ chance to defeat Donald Trump in 2020 as the Democratic nominee will likely need a robust party infrastructure to ramp up after the primary.

At the moment, both sides continue to advance their own plans. The DNC scheduled a “small, invitation-only friends and family call” with senior party figures for Tuesday evening after the daylong meeting with the state parties, according to an invitation obtained by POLITICO.

“At the end of the day, we all want the same thing – for Democrats to win elections,” the invite said. “The best way to do this is by modernizing our data by creating a data trust like the one the DNC has proposed.”

Source: https://www.politico.com/story/2018/12/19/democratic-party-dnc-voter-data-debate-1070787
Droolin’ Dog sniffed out this story and shared it with you.
The Article Was Written/Published By: Alex Thompson